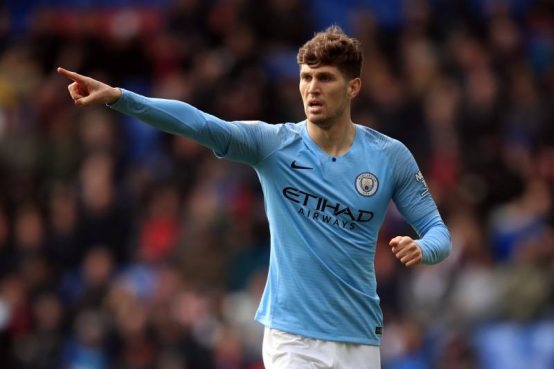 Arsenal’s consistent defensive errors have been a major concern for quite some time now and it has been clearly evident from their slip this season. A weak and inconsistent defence have conceded as many as 45 goals from 36 league matches, that has seen them fall to a lowly 9th place this term in the league rankings. Arsenal roped in experienced campaigner David Luiz from rivals Chelsea in a bid to improve their defensive lapses.

To their dismay, it has been the exact opposite. Rather than helping them improve, the 33-year-old Brazilian has proved to be a burden, with his repeated mistakes at the back costing them games.

Though new coach Mikel Arteta’s arrival has improved their displays in recent times, there is still a need for major reinforcements, especially at the back. This was clear after a defensive mishap involving Sead Kolasinac and Luiz resulted in Arsenal conceding the first goal of the game against North London rivals Tottenham, which they eventually went on to lose 2-1. Apart from Luiz, Arsenal have seasoned campaigners Shkodran Mustafi and Sokratis Papastathopoulos at the heart of their defence, but the duo also have a history of being error-prone at times.

That said, it is clear that the side is in desperate need of new faces at the back at least next season if they wish to climb back to the top. Stones has struggled for game time under coach Pep Guardiola at Manchester City.

The 26-year-old defender has failed to establish himself at the Etihad despite his £47.5million move from Everton four years ago. The Englishman has spent the major share of his time on the sidelines due to various injuries that saw him fall down the pecking order under Guardiola. Now back into the side following his return from injury and poor form, Stones, however, has managed to hold onto his first-team spot and has featured in City’s last three league games.

With 160 Premier League appearances to his name, playing for both City and former side Everton, Stones is not short of experience. He has also made 39 appearances for the England national side, giving a fair idea of the talent that he is.

That said, Stones could be a great addition to a side like Arsenal, who have been struggling defensively in the last couple of years. Most of all, he still has plenty of football left in him and will be eager to get back his career in line. It would be a good opportunity for him to do it at a side like Arsenal. Considering the poor form of Arsenal’s current set of defenders, Stones is sure to get more opportunities at the Emirates compared to the Etihad.

It is clear that Arsenal’s defence needs a total shake-up and Stones’ arrival will offer Arteta a helping hand next season. Being sidelined for a major share of his time at City, Stones will be eager to prove a point if the Gunners land him, which in turn could help the club. Hence, Arsenal should pay heed to Redknapp’s words as it looks like a win-win situation for both the parties