Chelsea has started the season well under Thomas Tuchel and the blues lost only 1 premier league game this season, Chelsea will visit Brentford tonight and English referee Anthony Taylor will officiate the match today. You could have seen some of the Chelsea games he officiated over the past few seasons, Chelsea has been unluckily in a game that Anthony Taylor officiated and I will be showing you the 4 times he made a wrong decision against Chelsea. 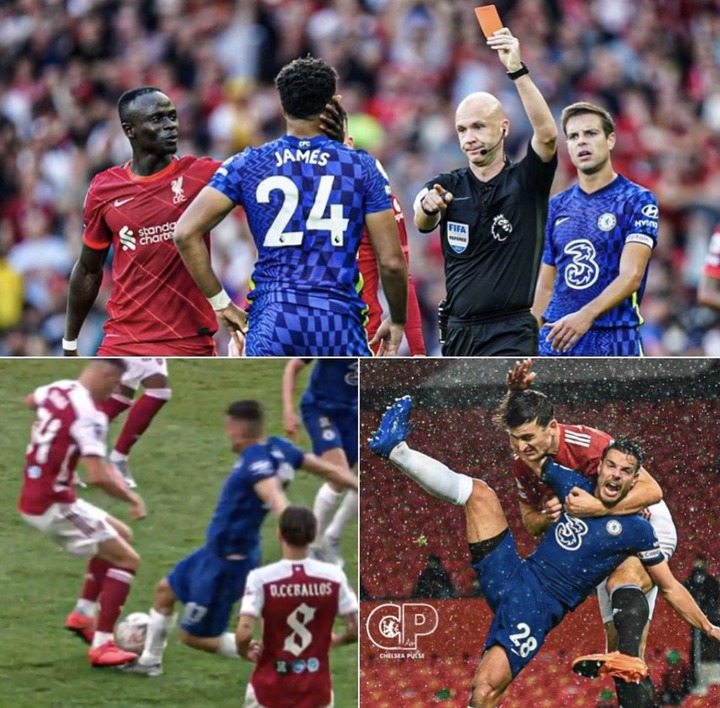 Looking at this picture below, you could notice that Swiss midfielder Xhaka was the one who made a foul, but Anthony Taylor made his decision and its unquestionable. Chelsea played the game without the Croatian midfielder after he was shown a red card and the boys failed to lift the trophy. 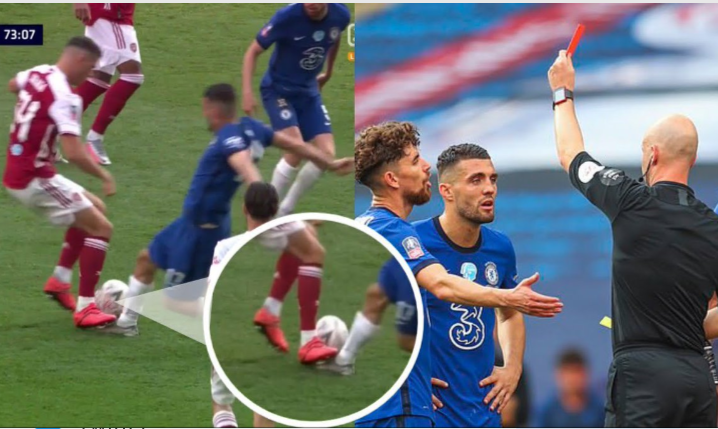 Anthony Taylor made another wrong decision against Chelsea in a premier league game, you could see that Harry Maguire is dragging Azpilicueta down, while holding his neck and the Chelsea captain was shouting, but the referee failed to award a penalty. This is the latest wrong decision that Anthony Taylor made against Chelsea, he gave Liverpool a penalty after the handball in the first half, but you could see that the English right-back is trying to save a goal and he was trying to use the side of his body to kick the ball, but it couldn't happen. Anthony Taylor couldn't have given him the red card, a yellow card could've been a wise decision. 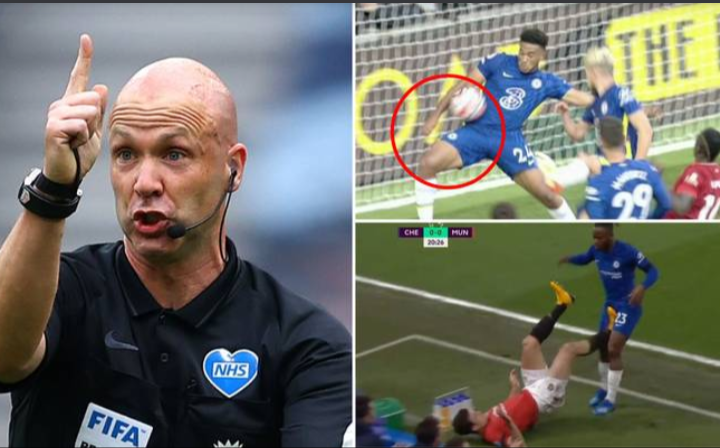 This is a bad foul and it could have been a straight red card, but the English referee didn't take any action. 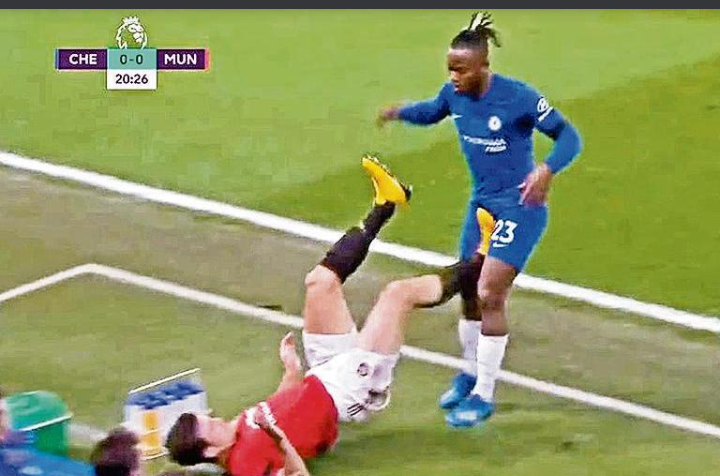