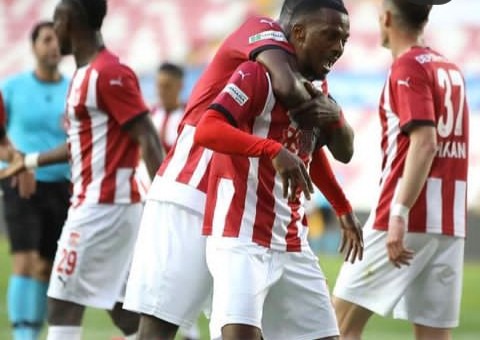 Super Eagles of Nigeria forward, Olanrewaju Kayode was in action on Thursday night for Sivasspor in their first leg of the UEFA Europa Conference League qualifiers against Dinamo Batumi at the Batumi Arena.

The Nigerian dazzler was handed a role to play by the away team of the night consequent to his incredible performance in their previous game, and he was able to shine as he scored the winning goal that sealed the victory of the night for his team. 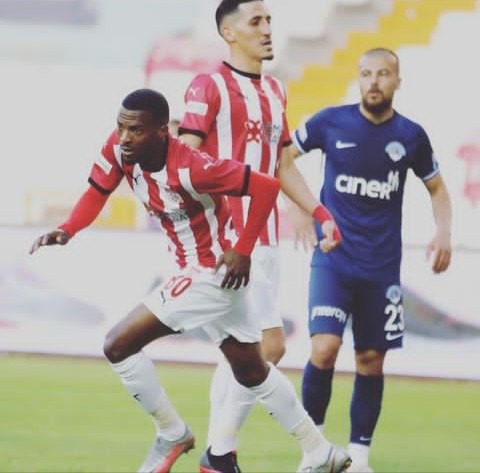 Olanrewaju Kayode played significant role in his team's success to emerge the winner of the thrilling encounter which is an edge for them ahead of the second leg to be played at home.

The game was such a balanced one in the first half as there was nothing separating the two sides at break which ended goalless draw.

In the second half of the game, they both displayed some dazzling skills as the host opened the scoring sheet in the 54th minutes with a goal from Mamuchashvili to make it one nil. 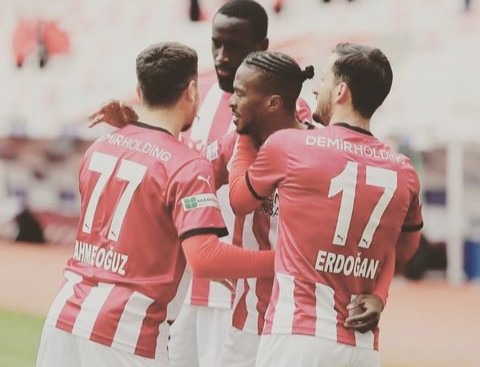 In the 75th minutes, Leke James after some incredible team work was able to level up for the visitor as he scored the equaliser to make it 1-1 before Olanrewaju Kayode stepped up in the 90+5 minutes to net the winner and the game ended two goals to one at full time.

The win of the night for Sivasspor means they now have an advantage going into the return leg as they will now be hoping to sealed the win next Thursday so as to keep their pursuit in the qualifiers going. 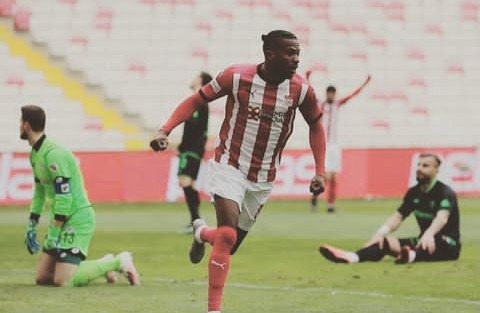