Best Goalkeepers Since 2010 According To Ballon d'or Ranking 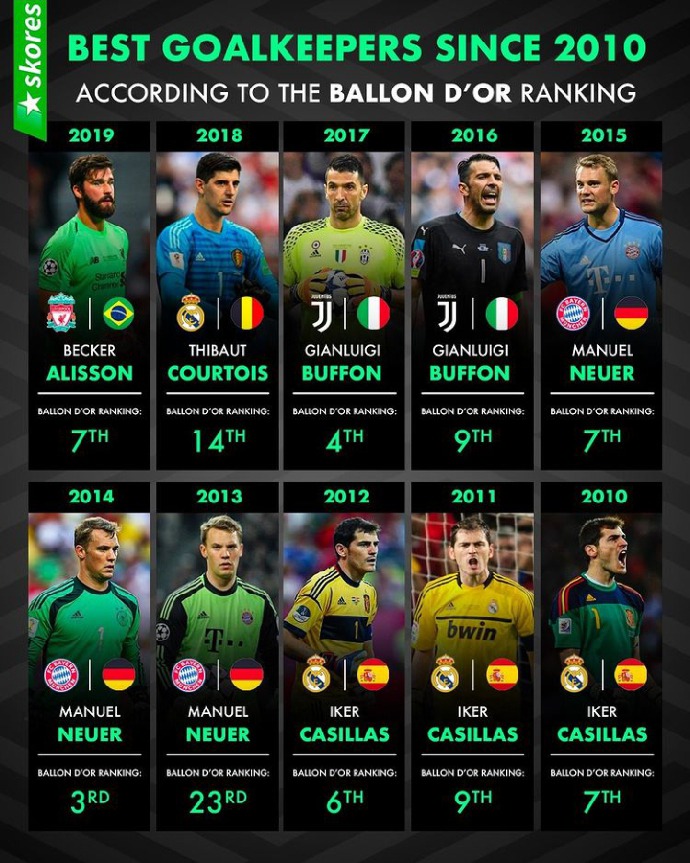 If we are to select best goalkeepers in the past ten years according to ballon d'or ranking, it is real Madrid goalie; Iker Casillas And Bayern Munich goalkeeper; Manuel Neuer that dominated the list. In 2010, Iker Casillas was the goalkeeper whose name appeared first as a goalkeeper on the ballon d'or list. He was ranked seventh in 2010. The former real Madrid goalie was also ranked 9th and 6th in 2011 and 2012 respectively.

African Footballers Who Have Played For Real Madrid Football Club

African Footballers Who Have Played For Barcelona