By DeraSoft (self media writer) | 1 year ago 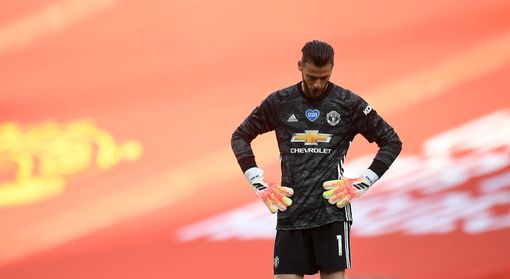 Manchester United have been beaten for the first time in 20 games as Chelsea put three goals past De Gea. Giroud scored the first goal in the first half, while Mount scored early in the second half from a shot De Gea naturally should have saved. Chelsea made it three before Bruno penalty goal. These are few observation.

1. Solskjaer got his formation raised questions: while it is natural for a team to lose once in a while in football, there are many questions the coach can be asked about his match day selection, especially leaving most of the starters on the bench, and playing without any true number 9, while Rashford can play as a false nine, why leave both Martial and Ighalo on the bench, alongside Pogba and Greenwood, his risk did not pay off this time.

2. De Gea still prone to error: for a keeper considered to be the best at some point, he has had few errors in high profile matches, De Gea has single handedly saved United many times over the years but today wasn't his day as he should have done better for Mount's goal. 3. United should never separate Bruno and Paul: with both on the pitch, United are a balance team, and the coach's number one rule from now on, both when healthy and fit should both start. While United might have lost this match, there is no doubting they are a much improved team now, and their matches in the EPL is season defining, United should work on finishing in top four.

Do you see them finishing in top four this season?