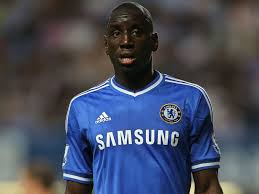 The former Chelsea striker joined the Super League club after becoming a free agent this summer following two years with Istanbul Basaksehir where he scored against Manchester United in the Champions League.

The reason for the player quitting the club is said to be due to a change of ownership. Joe Mansueto, a businessman in the United States and owner of Major League Soccer outfit Chicago Fire, has now bought the club prompting the player's contract to be terminated. The player is now a free agent once again.

Throughout his career, Ba has tended to score important goals which determined the fate of other teams most notably when he scored the winning goal for Chelsea against Liverpool to effectively hand the title to Manchester City in 2014 and also when he scored against Manchester United costing them qualification from the group stage.