6 Super Eagles Stars Who Scored In Europe This Weekend (Photos)

There were some incredible performances from our Super Eagles players for their various club sides across the major European leagues this past weekend. 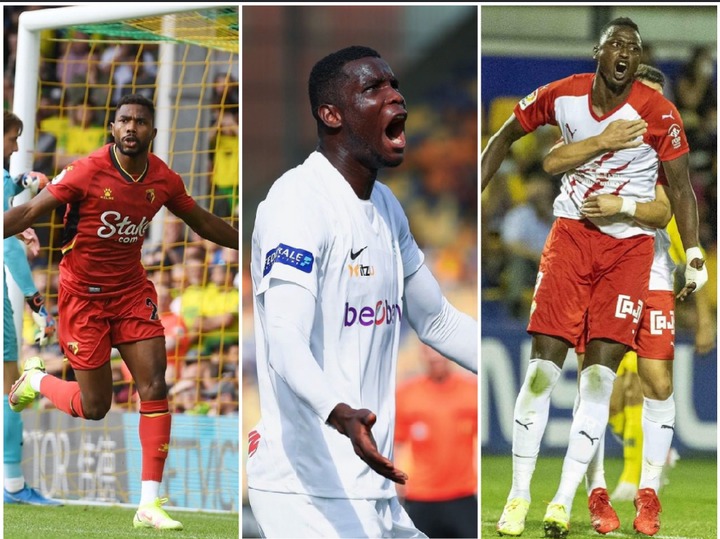 We witnessed 6 different Nigerian strikers who got on the score sheet over the weekend, meet them below. 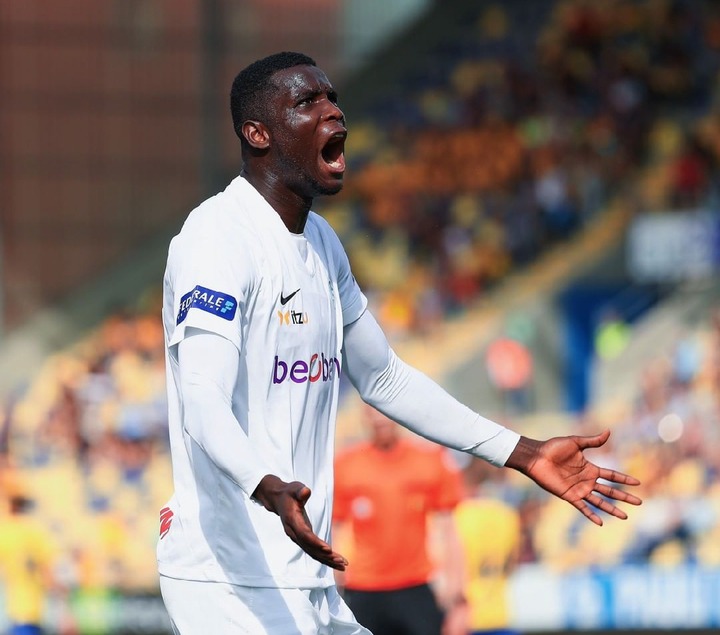 The inevitable happen once again in the Belgian Pro League as Paul Onuachu found the back of the net for his side to lead them to a vital 3 points. The 27 year old was not a part of the starting lineup selected by the Genk coach for their away clash against Sint Truiden, but he was called upon on the hour mark when his team were a goal down. 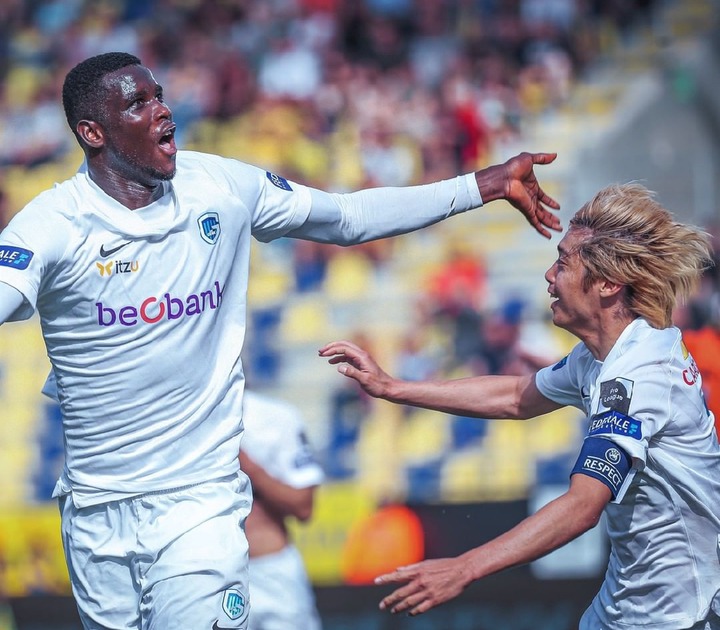 Onuachu would go on to score the winning goal in the 83rd minute of the game to hand his side the win. It was his second late winner for them in the space of three days, following his winning goal in their UEFA Europa League triumph over Rapid Vienna in midweek. 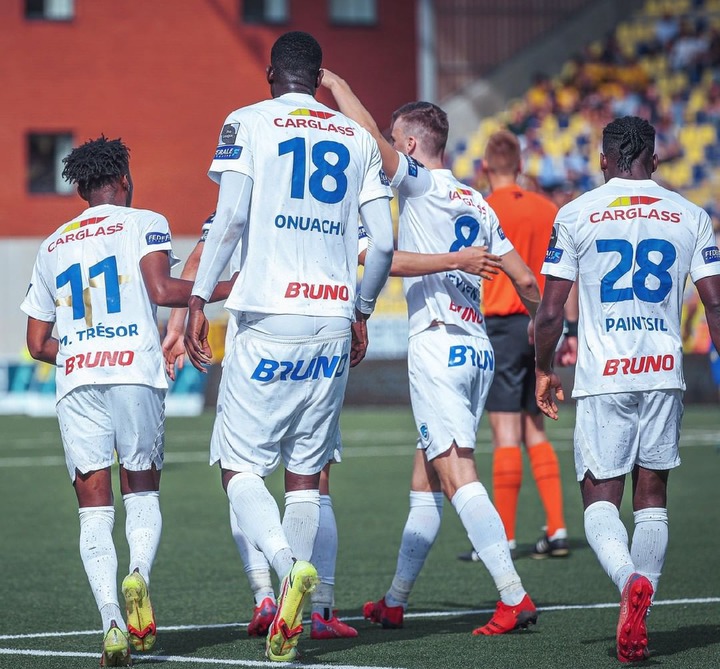 The lanky Super Eagles striker has continued his fine form that saw him win the Belgian best player and highest goalscorer award last season with 33 goals. He now has 5 goals in his first 7 appearances this season. The Belgian club have recently announced that Onuachu has signed a new contract that will keep him at Genk until 2024. 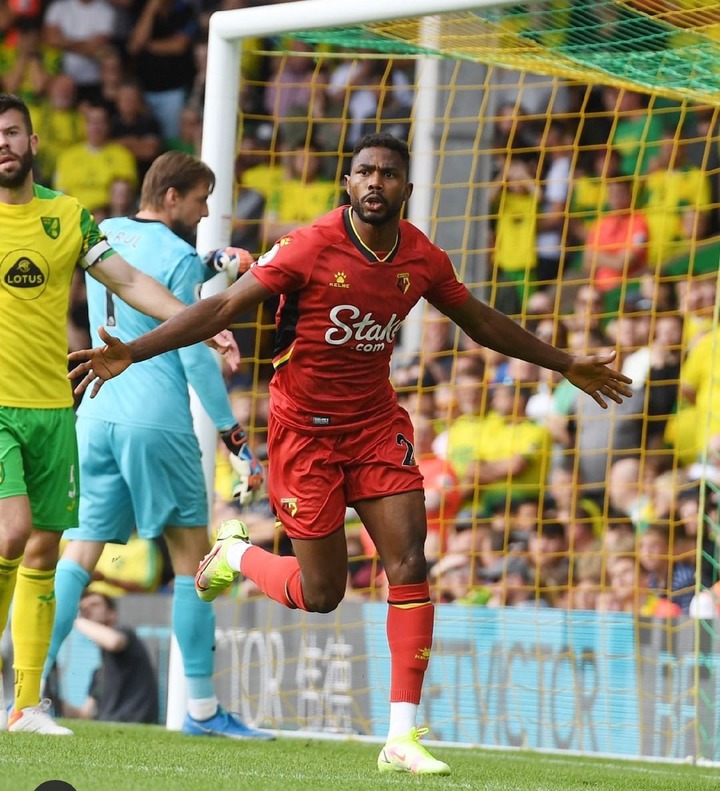 Dennis has enjoyed a fine start to life in the English Premier League with Watford and he maintained his impressive form with a goal against Norwich City on Saturday afternoon. 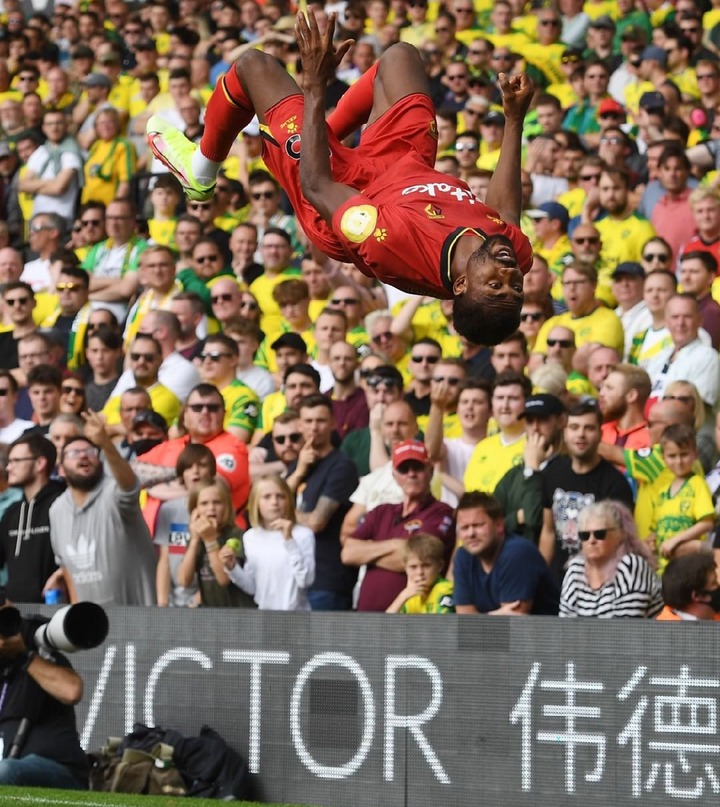 After he endured a torrid period at FC Köln in the German Bundesliga last season, the 23 year old forward now has 3 goal contributions in his first 5 outings in England (2 goals and 1 assist), and he marked his goal at the weekend with a beautiful celebration to match. 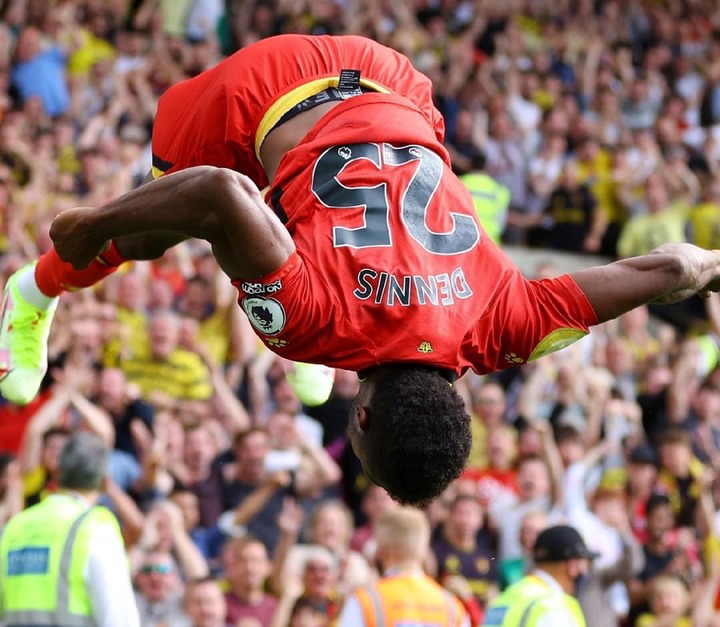 Cyril “Kolawole” Dessers joined Dutch club Feyenoord from Genk in the final days of the summer transfer window. With his side already 3 goals up against PSV, he came off the bench to to make his debut with just 10 minutes to go, but still managed to get on the score sheet. He gave a befitting celebration to a befitting goal by raising the corner flag and it angered the PSV fans who hurled cups of beer at the 26 year old striker. 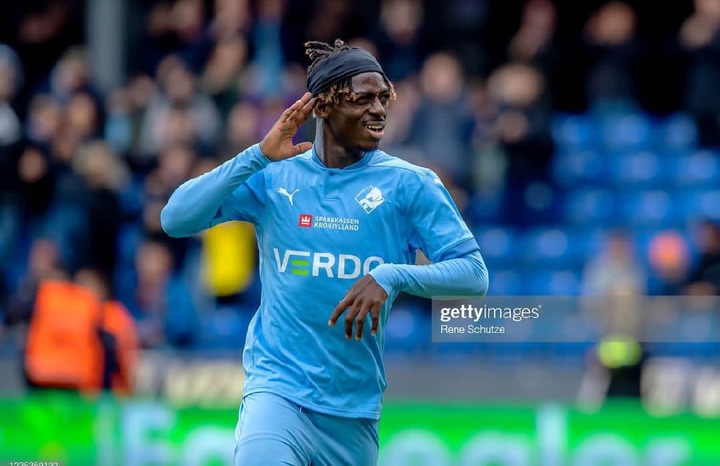 Stephen Odey is another Super Eagles striker who is on loan from Genk. He lined up for Randers in their Denmark Superliga clash with Nordsjaelland and he did not disappoint. 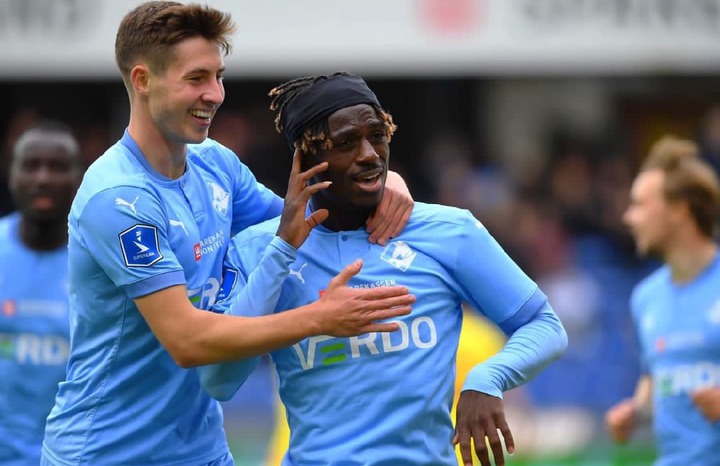 The former MFM FC striker grabbed a first half brace to help his team to a 3-2 home win. He now has 2 goals in as many league games for Randers FC this season. 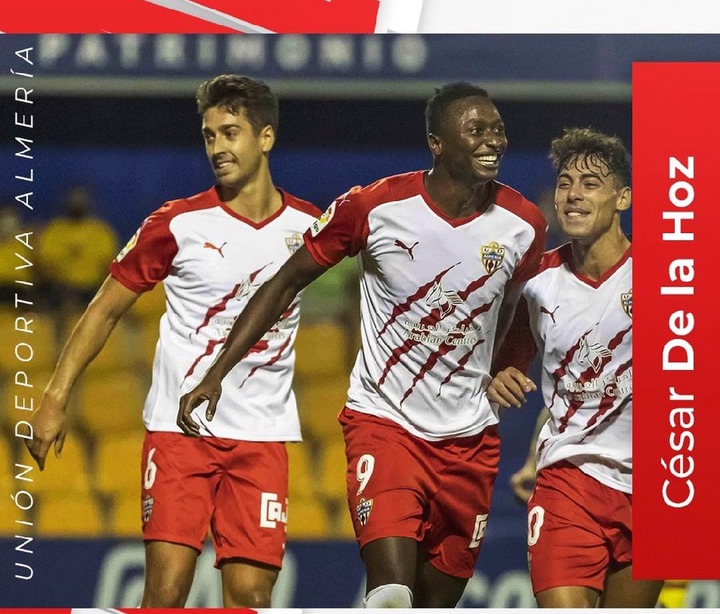 Sadiq Umar has picked up from where he left off last season as he found the back of the net twice for UD Almeria. The 24 year old center forward scored a brace in the opening 16 minutes of the first half encounter at the weekend to set the pace for a comfortable 4-0 away win. 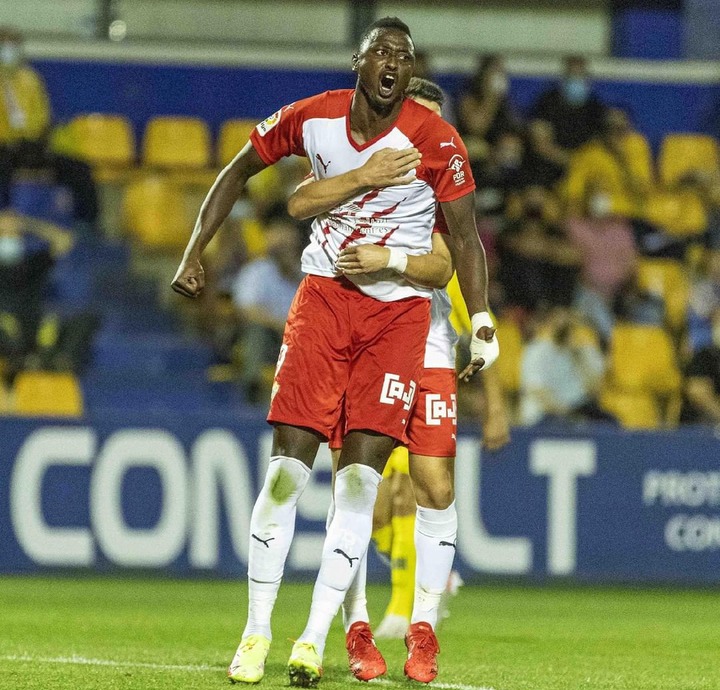 The former AS Roma striker scored an impressive 20 goals in the Spanish second division last season, and has now found the back of the net 4 times (plus 1 assist) in his first 6 games of the new season. 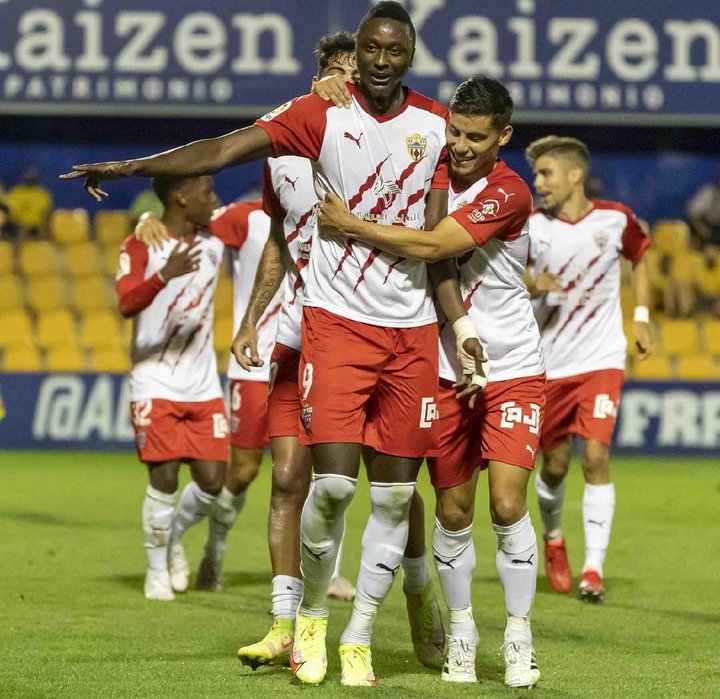 Sadiq has been attracting a lot of interest from some top teams in Europe and if he maintains his goalscoring ratio, he might just earn a big move in a near future. 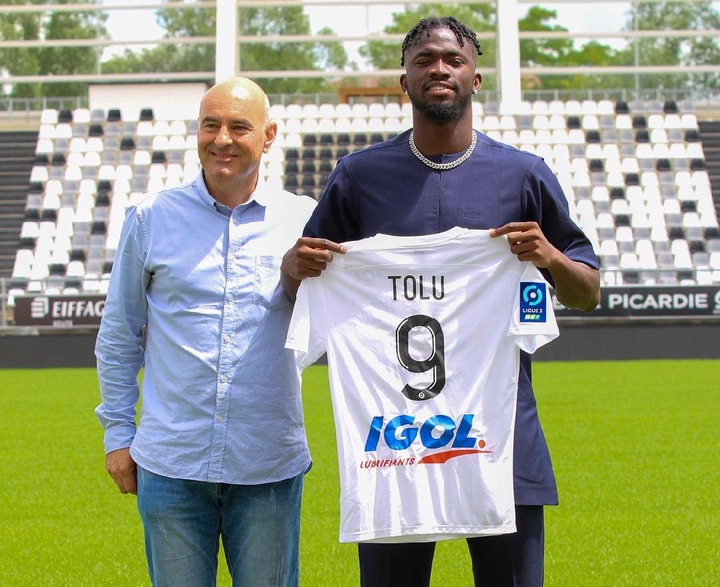 Tolu has been impressive for Amiens so far since he signed on a season long loan from Latvian outfit - FC Valmeria. The lanky 20 year old center forward scored his second goal of the season in the French second tier this weekend, grabbing a 95th minute equalizer to make the score line 3-3 and earn a dramatic point for Amiens. 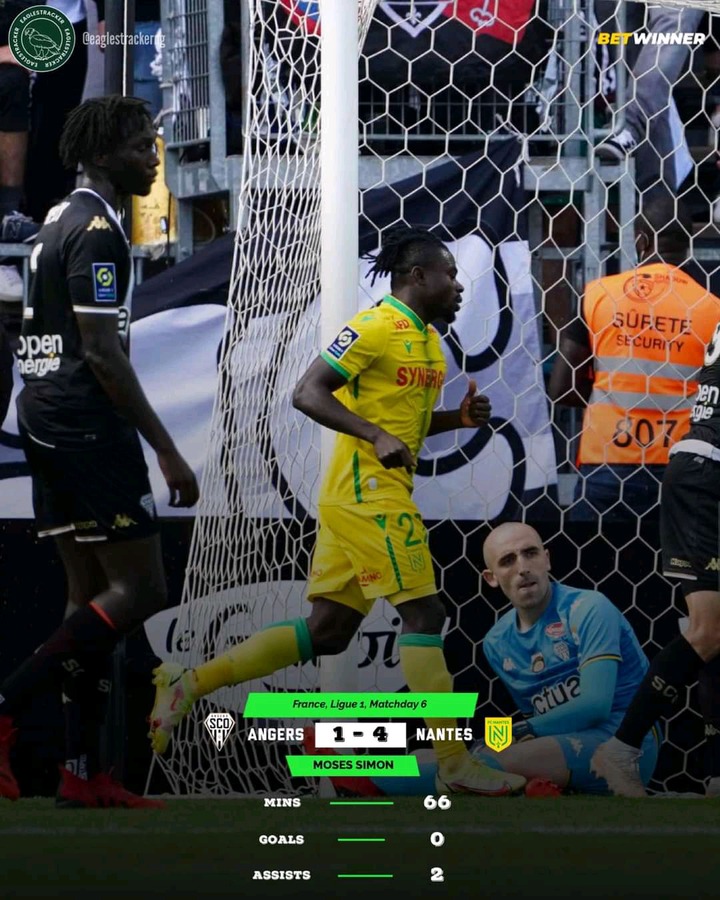 Meanwhile, Simon Moses was also impressive this weekend as he provided 2 assists for FC Nantes who brushed aside Angers by 4 goals to one in the French top flight.