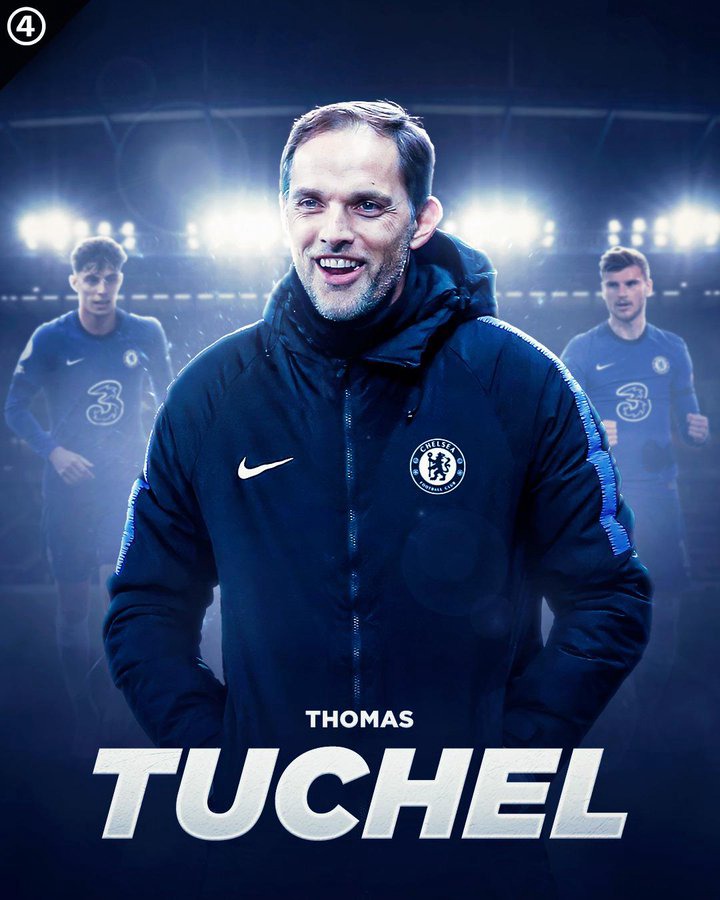 Chelsea football club of England manager, Thomas Tuchel has recently given an update of ideas for the next market transfer should Chelsea be faced with another transfer ban.

The former Paris Saint Germain and Borussia Dortmund manager has been superbly great for the Blues since taking charge the helm of affairs at the Stamford Bridge consequent to the sacking of then Frank Lampard in January.

The German tactician replaced Lampard as the Blues manager couple of months ago, after which the London club managed to achieve a record-breaking 14 games unbeaten run in all competitions with just only two goals conceded in that period. 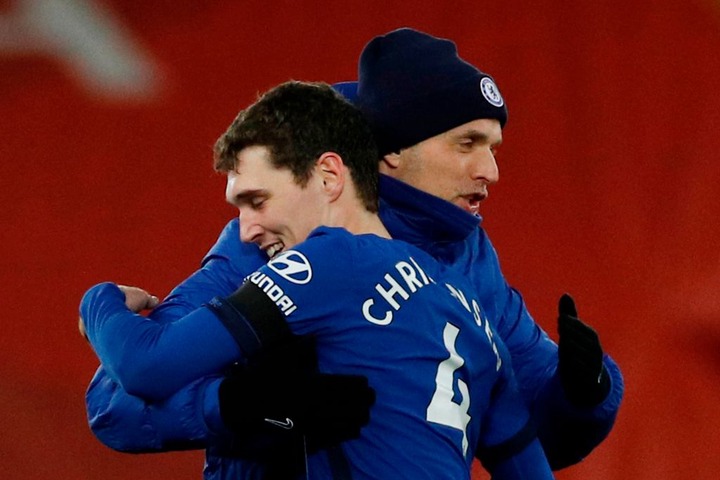 This brilliant run of form as a result has given Chelsea a chance at silverware (currently in the Semi-final of FA Cup and Quarter Finals of UEFA Champions League) and to finish in the top four again. 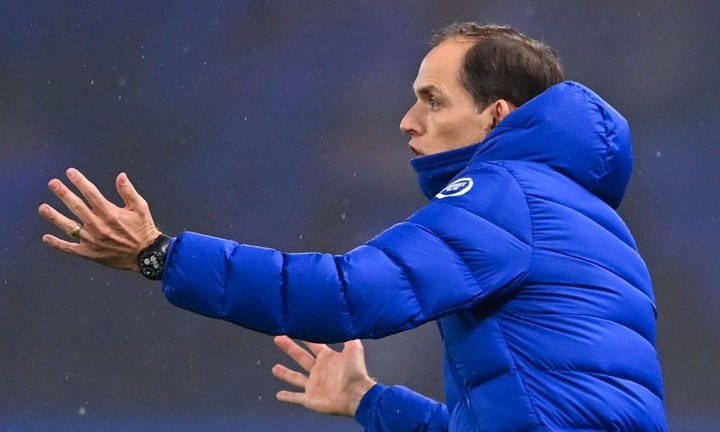 This was revealed and made known by a Chelsea correspondent while having an interaction with the Premier League Manager of the month of March, as released via his verified twitter handle and reposted by one of the leading sport news site, Goal.com. 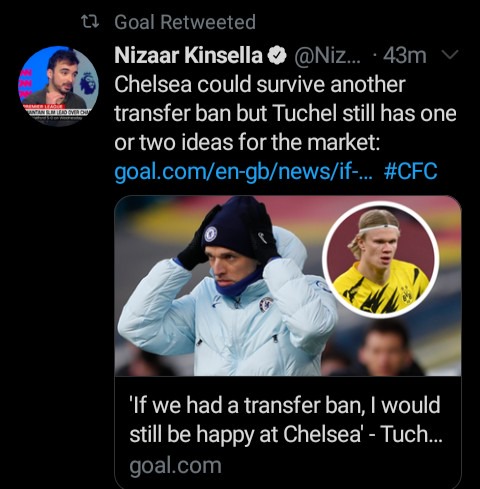 He made it known that if they could have a transfer ban as speculated, he would still be a happy coach at the Stamford Bridge next season.

He buttressed the fact that Chelsea's squad he inherited from Frank Lampard had a lot of talents which can help to push the team to the next limit and level, like they have been showing and proving since his arrival. 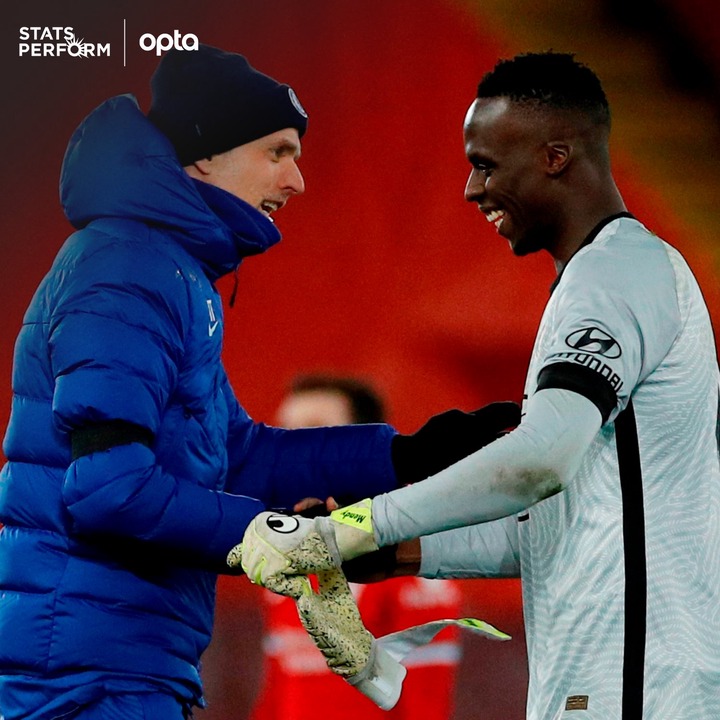 He then capped it all by saying that he has ideas on how to improve the team and make them looked more formidable that no opponent would wish to play against them.

Chelsea this weekend will kickstart their campaign playing their first match after the international break against Sam Allardyce West Bromwich Albion side at the Stamford Bridge in the early kick-off game. 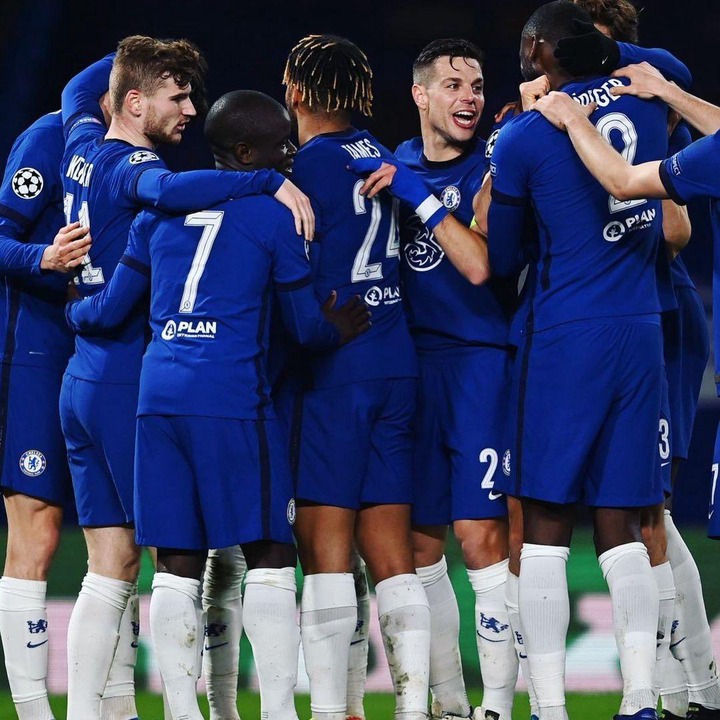 They will be hoping to keep their perfect run of form going to cement their spot in the top fours and ensure participating in European competition next season.

3 Ways Tuchel Could Line Up Against Arsenal With Gilmour, Ziyech, Havertz Leading The Attack

EPL: Boost For Chelsea Ahead Of Arsenal Showdown Tomorrow

Opinion: 2 Chelsea Academy Graduates That May Have Missed The Chance To Become Stars For The Blues

Antonio Rudiger warns Man City, says he will die for Chelsea in the final.