I was already seated in my favourite corner inside the viewing Centre near my hostel before the referee blew the whistle signalling the commencement of the Final of European Championship between Italy and England.

The viewing Centre erupted with noise when Luke Shaw scored a volley from a cross by Kieran Trippier. Of course, it's the Manchester United Fans that were celebrating this goal. Their in-form Left-back has taken his form to the Finals of the Euro. Luke Shaw's goal for England ay Wembley Stadium was the fastest opening goal in the history of the European Championship Finals.

As a Chelsea Fan, I wanted Italy to win the Euro title. Somehow, I thought it could increase Jorginho's chances at winning the Ballon D'or since he had won the UEFA Champions League and he has been of great help to the Italian National team in their Euro 2020 campaign.

I maintain my composure and watched as Lorenzo Insigne and Ciro Immobile wasted Italy's efforts at scoring Goals. However, the attacking prowess and instinct of Federico Chiesa against England Defenders and Jordan Pickford ignited a little bit of hope in me. 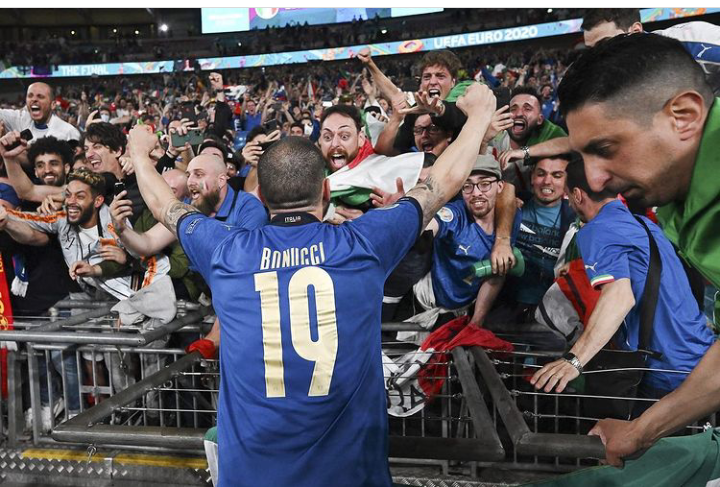 In the 67th minutes, Wembley Stadium and the viewing Centre where I was watching the game erupted once again. Leonardo Bonucci slid the ball into the goalpost as Jordan Pickford and Harry Kane made attempt to thwart his effort. 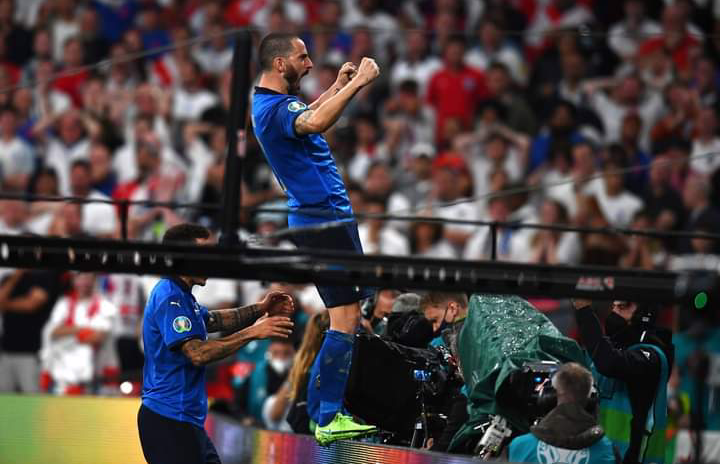 I jumped up to celebrate, the team I was tipping to win had equalised. However, in the midst of the celebration, something caught my attention. Apart from Leonardo Bonucci's wild goal celebration in which he jumped on the panels beside the pitch as if he was declaring himself to the World, it was the action of one of his teammates that hit me most. 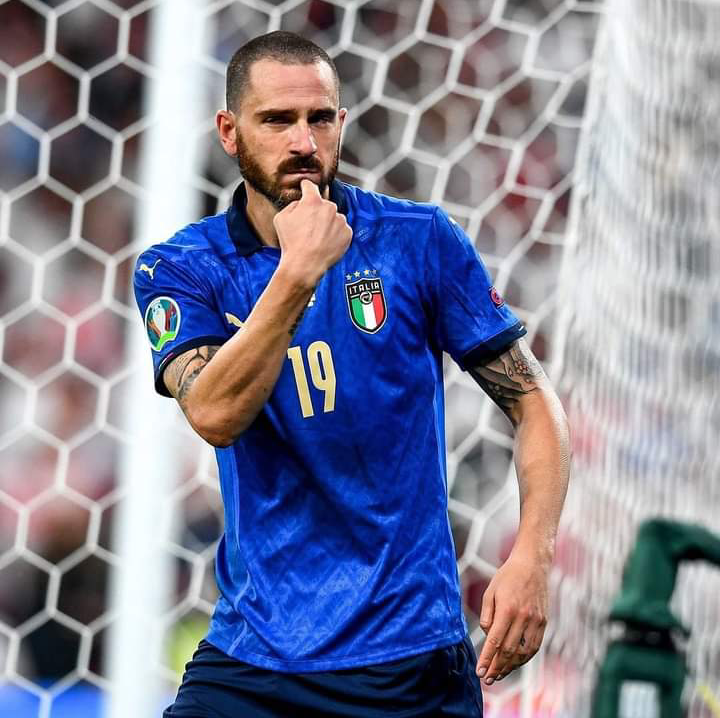 When Leonardo Bonucci was standing tall on the panels, Giovanni Di Lorenzo moved closer to him and used his hands to support him from the back. I was concerned about how daring Bonucci could be to have jubilated like that, I mean he could have fell over but he didn't because he had one of his teammates providing support for him while he stood tall jubilating his goal in front of the World.