By Honourablefizzy (self media writer) | 2 years ago 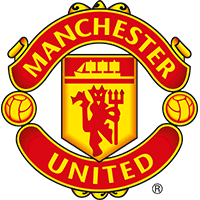 Manchester United has done great this season and has a lot of great players who contributed to their success. Here are the top five who contributed positively to the success of the team The youngster has been a controversial player for defenders because of his ability to use both feet very well. Bruno Fernandes chances created would have not counted if this starlet did not convert them. The striker combination with Anthony Martial and Marcus Rashford in a 4 - 3 - 3 formation has been the most lethal this season over taking Liverpool's trio. The only defender to make this list. His role in Manchester United defence cannot be over emphasized and he is known to trouble strikers and midfielders with his sliding tackles. He has also helped Man.u concede less goals this season compared to other season. The right back also creates chance and has combined well with Maguire in the defence. He has not been at his best since January, the French striker still has also been part of Manchester United driving force. He has been scoring spectacular goals and has also turned assister in some cases. If he continues with his form he will reach the peak of Football before retirement. The young and prolific striker is just regaining his lethal form due to his injury. He plays Football with dexterity and has managed 16 goals for Manchester United this season. He has also converted chances created by B. Fernandes, Bissaka and the likes. He forms duo with Greenwood in 4 - 2 - 3 - 1 formation and trio with Martial and Greenwood in the 4 - 3 - 3 formation. Among the players listed above,who do you think is the best? Comment,like and share.

Content created and supplied by: Honourablefizzy (via Opera News )