By ManuelCIA (self meida writer) | 19 days

No Premier League side has dropped more points from winning positions than Tottenham Hotspur this season (20). 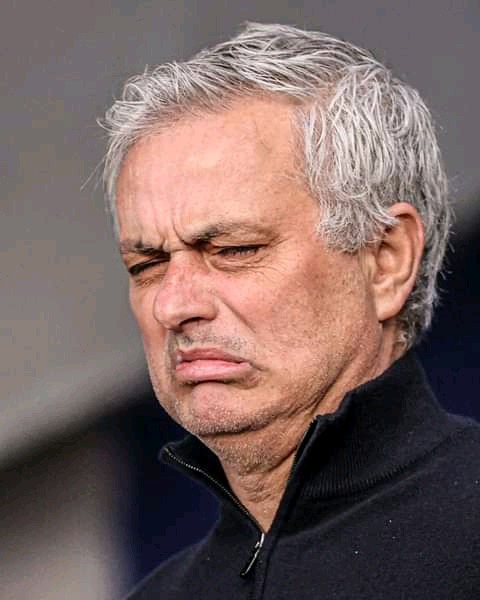 Jose Mourinho's men bottled another lead as they played out a 4-goal thriller at Goodison Park. 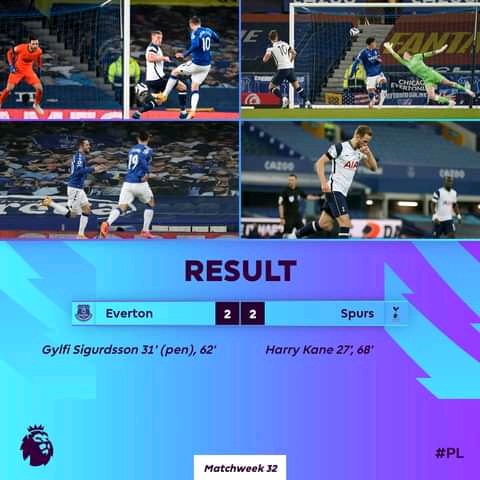 Harry Kane put Spurs ahead in the 27th minute with a clever finish after a defensive lapse from Everton left their opponent with an easy chance to score. 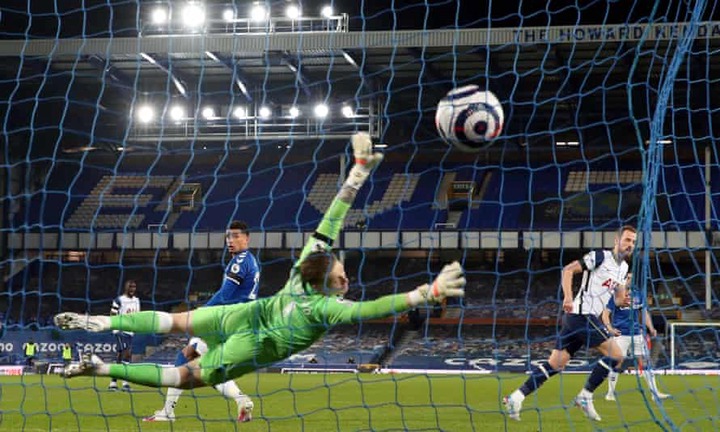 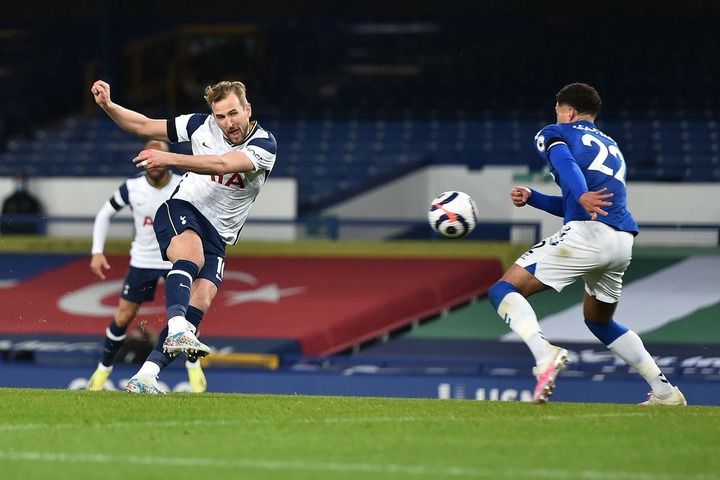 Gylfi Sigurdsson put Everton back on level terms from the penalty spot few minutes later and went on to add another after the hour mark to turn the game on its head. 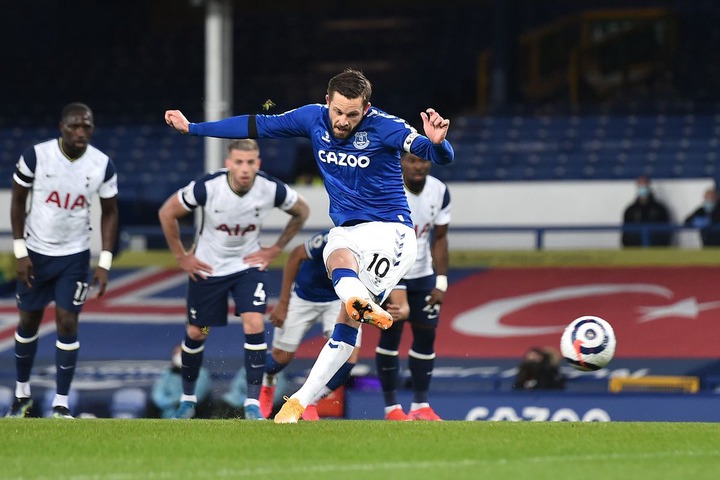 However, Harry Kane equalised for Tottenham to mark his 21st league goal of the season, thereby setting a new record in the process.

Kane now holds the record for most Premier League goals (164) without winning the title even for once. 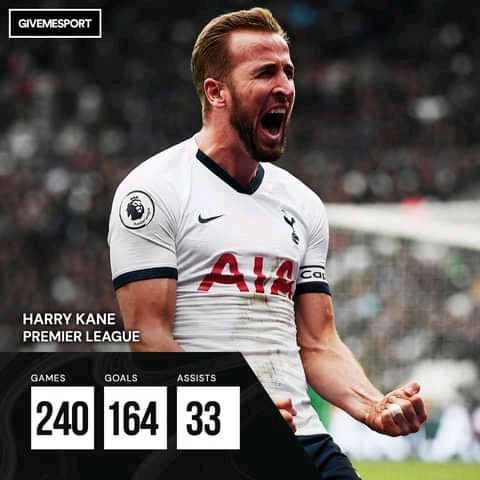 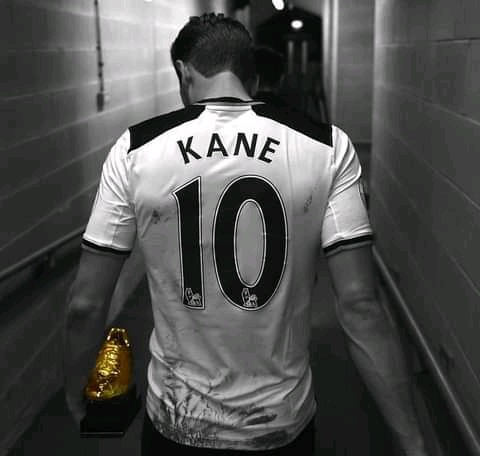 Kane also joined the likes of Alan Shearer, Thierry Henry and Sergio Aguero to become only the 4th player to have scored 20 goals in a Premier League season 5 times. 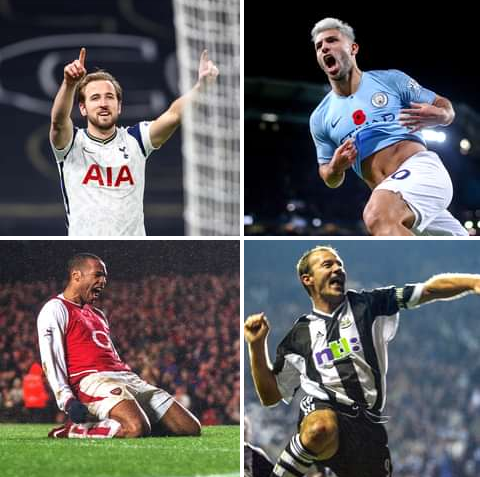 Sadly enough, Spurs' main man limped off in the closing stages in what appears to be an ankle injury, with the League Cup final just few days away. 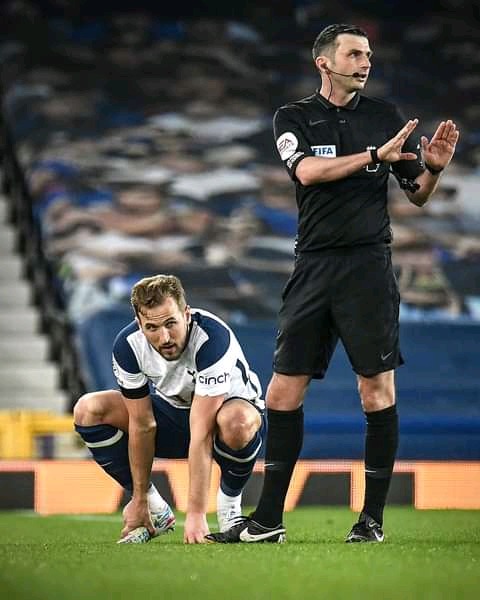 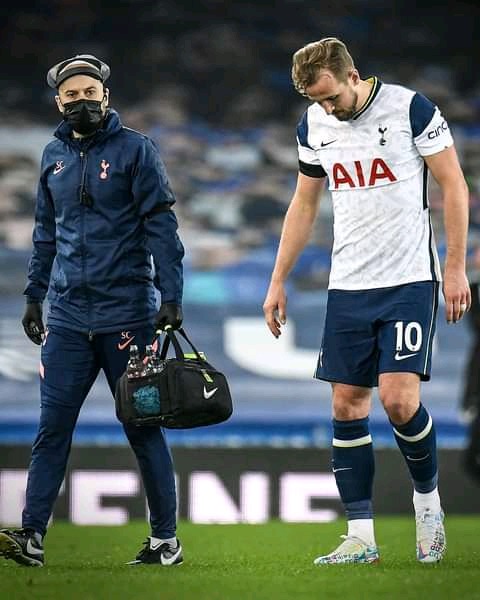 With Harry Kane's record there for the viewing, do you think he needs to join a team that will help him win trophies?

Opinion: Check Out The (3) Three Reasons Why This Chelsea Player Deserved To Be Praised

"Our King Is Back" Man United fans praise star player