By ahmedon (self meida writer) | 22 days

Chelsea have found a lot of joy in the FA Cup. They're the fourth most successful club in the history of the competition and have won the FA Cup eight times. Their first FA Cup triumph came all the way back in 1970. Chelsea had to wait another 27 years to win it again.

Under Thomas Tuchel, the Stamford Bridge outfit is steadily improving and soon enough, they'll be ready to mount a challenge on all fronts once again. Without further ado, let's take a look at five of Chelsea's top moments in the FA Cup

Peter Osgood is a Chelsea legend and for good reason. His entry into Chelsea's first-team came as a breath of fresh air and Osgood was instrumental in Chelsea's first FA Cup triumph.

Chelsea faced an incredibly strong Leeds United in the finals and the first meeting ended in a 2-2 draw which prompted a replay two weeks later. Chelsea were 1-0 down and chasing the game in the last quarter of the match when Peter Osgood met a Charlie Cooke cross with a diving header to restore parity.

Chelsea then struck again in extra time to get their name inscribed on the prestigious trophy for the first time in a match that was watched by 28 million people across the world at the time.

London derbies are heated affairs and they're usually roughly contested ones. However, in 2012, Chelsea absolutely steamrollered Tottenham Hotspur in the semi-final.

Goals from Frank Lampard, Didier Drogba, Ramires, Malouda and Mata helped Chelsea thrash their cross-city rivals 5-1. It was an embarrassing night for the Lilywhites and a glorious one for the Blues.

The FA Cup final of 2007 was going to be a historic one as it was set to be played in the new Wembley stadium. Manchester United and Chelsea were also arguably two of the strongest sides in Europe at the time.

However, some of the matches between the two sides had the tendency to become cagey affairs and this one was no different. The match ambled into extra-time and it looked set to be decided on penalties. However, Didier Drogba had other plans.

Drogba was released into the area by Frank Lampard and the Ivorian confidently jinked the ball over Edwin Van der Sar to send the Chelsea faithful into euphoria and bring the FA Cup back to West London.

Chelsea won back-to-back FA Cup titles for the first time in 2010. Taking on Portsmouth in the final, Chelsea were staring right down the barrel when the opposition were awarded a penalty. However, Petr Cech managed to keep it out and keep Chelsea in the game.

A few minutes later, Chelsea were awarded a free-kick in a dangerous area. Cometh the hour, cometh the man! Didier Drogba stepped up to take the free-kick and slotted in the bottom corner with a stunning striker.

It was the only goal of the game and it got Chelsea their first domestic double as well, having won the Premier League title a few weeks before. 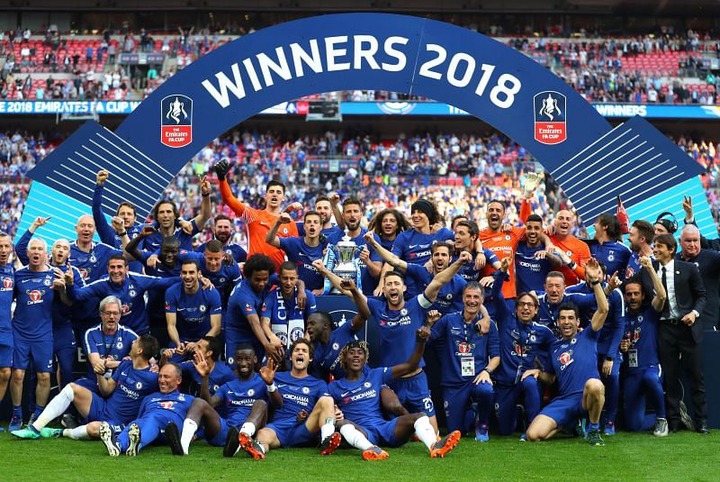 Opinion: Is this the real Chuba Akpom who played for Arsenal?