By Benadebayo (self media writer) | 2 years ago 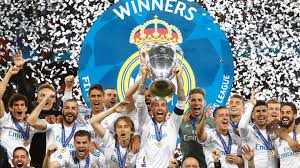 Real Madrid Football Club have been crowned the champions of LaLiga for the 34th time in the club’s history.

The Spanish Giant cruised to victory in their home game against Villareal in matchday 37 at the Santiago Bernabu.

With tonight’s game ending in a 2-1 in favor of the new champions, the single-game remaining to played on the 19th against Leganes will only be a formality as it doesn’t matter whether Messi’s Barcelona wins or lose.

Barcelona remains condemned to second place on the table after losing at home to Osasuna. Lionel Messi’s early equalizer was not enough to keep the title race alive for the Catalonian team.

Madrid’s triumph puts an end to Barcelona’s dominance in LaLiga after they have won it ten times in the last twelve years.

Content created and supplied by: Benadebayo (via Opera News )