Due to the physical nature of WWE and professional wrestling in general, the span of any Superstar's career isn't guaranteed.

While injuries have ended the careers of several WWE Superstars, there have also been a few legends who have been able to end their careers on their own terms.

This list highlights WWE Superstars on both sides of the spectrum:

Batista has enjoyed a career in WWE that only a few have. Signing with WWE at the age of 31, he would spend a few years shaping his skills in Ohio Valley Wrestling, where he was a part of what many considered as the greatest developmental batch in the company's history.

Some of the names who trained alongside Batista at OVW were John Cena, Randy Orton, Brock Lesnar, and Shelton Benjamin, among others.

Batista enjoyed a great deal of success in his eight-year WWE run, becoming a six-time World Champion. Even in his 2014 return run, he headlined WrestleMania for the second time in his career.

Batista's first run ended in 2010 when he stated that he wasn't too happy with the direction that the WWE was going in. He would pursue a career in Hollywood, and by the time he returned four years later, he had his first big break with The Guardians of the Galaxy.

Despite losing out on his popularity in 2014, Batista made it clear that he only wanted to return to face Triple H. And he got his wish five years later, facing The Game at WrestleMania 35.

While it wasn't announced as a retirement bout or a farewell match, it seemed clear that Batista intended to repay Triple H for helping elevate him to superstardom over 14 years before. He lost to Triple H at WrestleMania 35, and it all came full circle.

Out of respect for Kurt Angle, who had his farewell match announced beforehand on the same show, Batista simply posted a message on Instagram stating that WrestleMania 35 was the end of his WWE career. He got the match he wanted and left on his own terms.

2 Did not retire from WWE on his own terms: Stone Cold SteveAustin

Stone Cold Steve Austin' importance in WWE history can't be understated. He led WWE into the Attitude Era, and it was him, alongside The Rock, who was at the forefront of what many consider the three greatest years in the company's history.

When Stone Cold Steve Austin was on top, ratings skyrocketed, and he became WWE's biggest mainstream star since Hulk Hogan. It certainly helped that he went up against some of the most elite talent in WWE history, but there was no babyface more suitable for his time.

Unfortunately, the reality was that Stone Cold Steve Austin was always on borrowed time. Owen Hart's botched piledriver to Steve Austin at SummerSlam 1997 led to The Texas Rattlesnake suffering a broken neck and temporary paralysis.

While he wrestled a more conservative style during his rise to the top, the years of bumps were always going to catch up to him. In 2003, Stone Cold Steve Austin wrestled his final match at WrestleMania 19 - losing to his greatest adversary, The Rock, and putting an end to their long-standing rivalry.

While Steve Austin spent his time until November 2003 as an on-screen authority figure, it was clear that he didn't end his WWE career on his own terms. In a Reddit AMA, Austin stated that he may have wrestled for five to six more years if it were up to him.

3 Retired from WWE on her own terms: Trish Stratus

While Charlotte Flair seems destined to go down the track of being dubbed as the greatest Women's Champion in WWE history, Trish Stratus belongs in that category as well.

Trish Stratus' prime was long before the women's revolution, and she was one of the few big names to inspire an entire generation of women's wrestlers in WWE. Trish Stratus got two big retirement matches - both of which happened to be on her own terms.

The first retirement from WWE was in 2006, where she defeated Lita at Unforgiven in her hometown of Toronto. It was known well in advance that Trish Stratus was retiring, and she couldn't have had a more perfect setting. She would beat Lita to win her seventh and final Women's Championship, ending a legendary seven-year career.

However, she would make sporadic comeback matches in WWE, two of which happened in 2011 at WrestleMania 27 and the other at Evolution 2018. A dream match that many wanted to see was Charlotte Flair vs. Trish Stratus. That wish would come true at SummerSlam 2019, where Flair defeated Trish Stratus in Toronto, cementing herself as the present and future of WWE's women's division.

Trish Stratus got an apt farewell, and that seemed to be a fitting end, letting her once again end her WWE run on her own terms.

4 Did not retire from WWE on her own terms: Paige

Paige was signed by WWE before turning 20, making her one of the youngest signings in the company's history. In the eyes of many, she, alongside Emma, spearheaded the small women's revolution happening in NXT. This was something that would pour onto the main roster in the coming years before WWE finally took wind of it.

This is perhaps the most tragic situation in this list because had it not been for her injuries, Paige would likely have had a long and successful WWE career. She would have slotted right in with all the emerging talent, and we can only be left to wonder what could have been.

In her last couple of years, she had to deal with major neck injuries, and a freak accident at a house show prevented WWE from ever clearing her for in-ring competition.

Just a few months before she turned 26, Paige announced her retirement from in-ring competition in WWE. It shortened what could have turned into an extremely promising career. 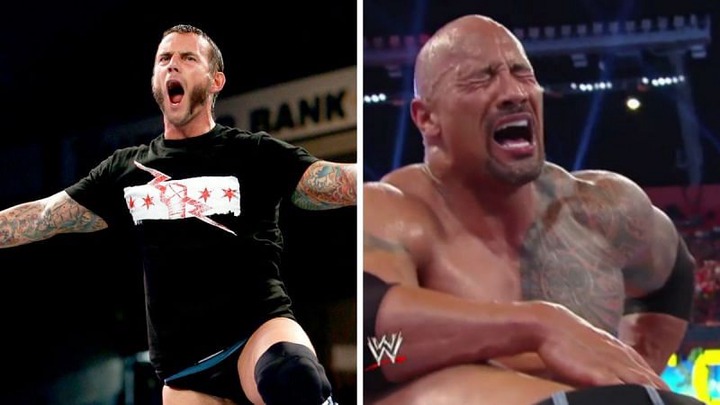 Retired from WWE on his own terms: Shawn Michaels

Few Superstars in WWE history had a more storied career than Shawn Michaels. While he may not have as many accolades on paper as several fellow-WWE legends, there's one thing that everyone could agree upon - not a single wrestler could outperform him.

Shawn Michaels doesn't have a great WrestleMania record either. However, he's known as Mr. WrestleMania for putting on the most breathtaking in-ring performances at the Grandest Stage of Them All.

The fact that he had a redemption and returned after four years away from WWE only adds to his legacy. And his final eight years were spent helping elevate other Superstars while maintaining his mystique. He only won one World Championship in his second WWE run, but he was big enough and good enough where he didn't need to carry a title to stay relevant.

He had a fitting end to his WWE career at WrestleMania 26 - putting over The Undertaker in another classic at The Show of Shows. This time, it was the main event, and The Heartbreak Kid got to stand on the WrestleMania stage one last time, saying farewell to tens of thousands of people in the arena.

While he returned for a match in 2018 at Crown Jewel, we aren't taking that into account, especially since Shawn Michaels expressed a sense of regret for getting back in the ring.