By Football-Stats (self meida writer) | 11 days 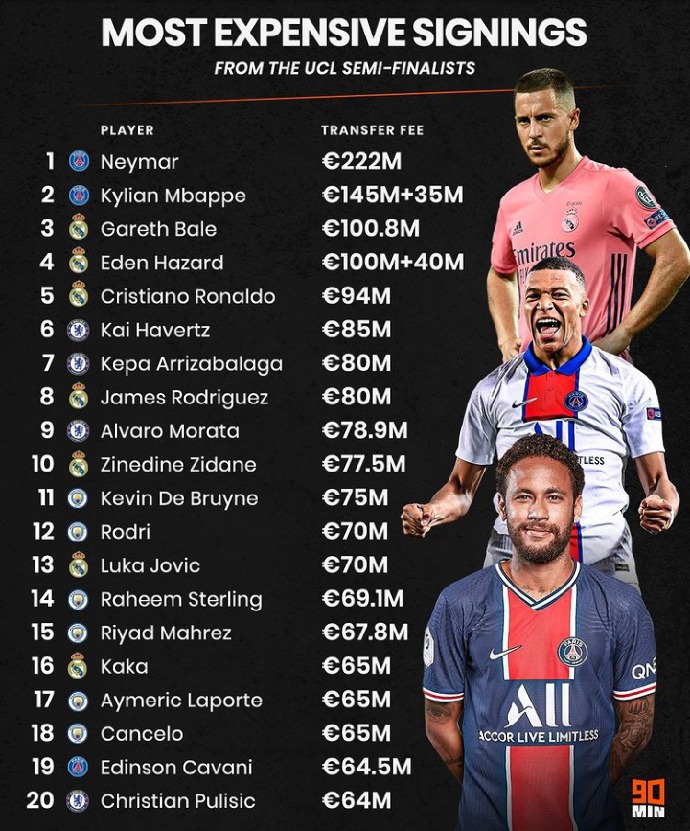 This season's semi-finalists are Paris Saint-Germain, Real Madrid, Manchester City, and Chelsea. In this post, You'll see the expensive signatures of these top European clubs. The most expensive signing in the 2020/21 UEFA Champions League semi-finals is Neymar Junior. Paris Saint-German signed him for 222 million Euros. Only four players were signed for a fee of one hundred million euros or more. Neymar, Kylian Mbappe, Gareth Bale, and Eden Hazard are among them.

Christian Pulisic, Kai Havertz, Kepa Arizzabalagga, and Alvaro Morata are the only Chelsea players on the list. Kai Havertz, who was signed from Bayern Leverkusen, is the most expensive Chelsea signing. Edinson Cavani, Kylian Mbappe, and Neymar Junior are three of Paris Saint-players Germain's on the list.

It Took Ronaldo 112 games To Score 25 Goals, See How Many Games It Took Bruno Fernandes