Paris Saint German progressed to the Semi Finals of the UEFA Champions League Semi Finals despite loosing to Bayern Munich by 1:0.

PSG lost to Bayern Munich in last season UEFA Champions League Final and there have been contrast Emotions as Neymar and Bayern Munich star David Alaba were pictured together just the way it was in the Final.

Neymar was consoled by the Bayern Munich star after the match when the Brazilian International was crying and this time around, it was Neymar that was consoling the highly rated defender. 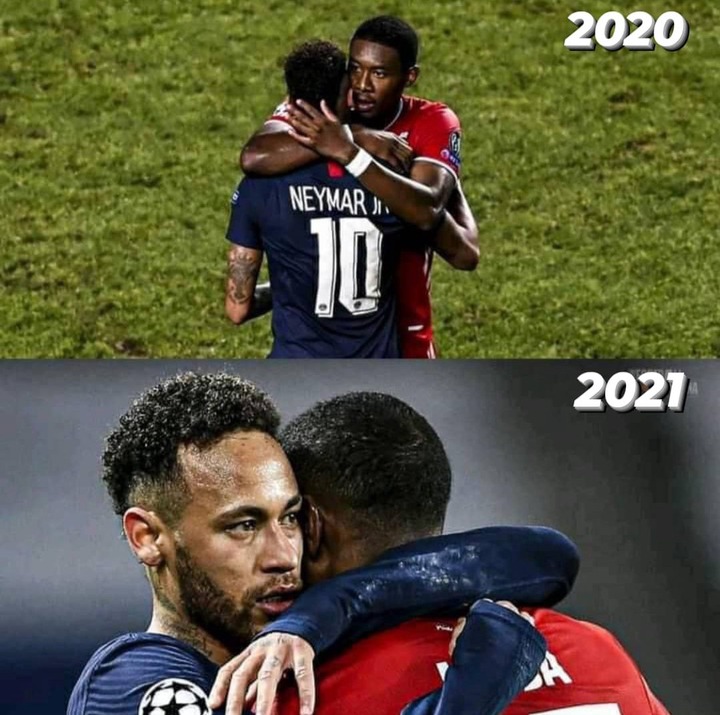 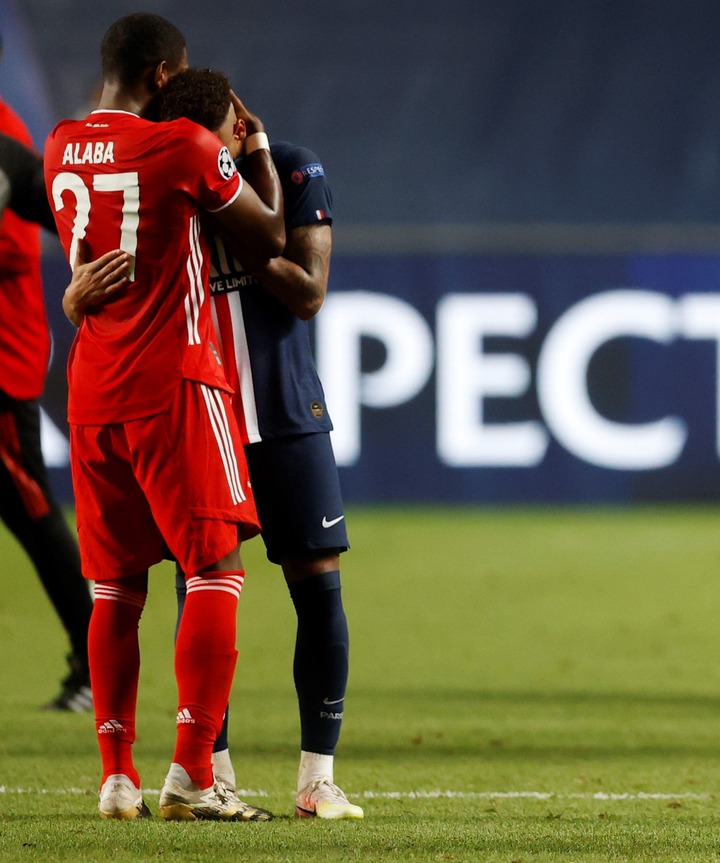 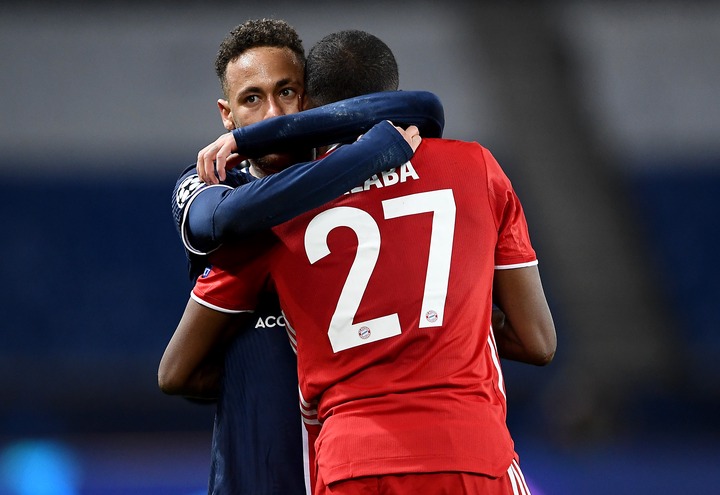 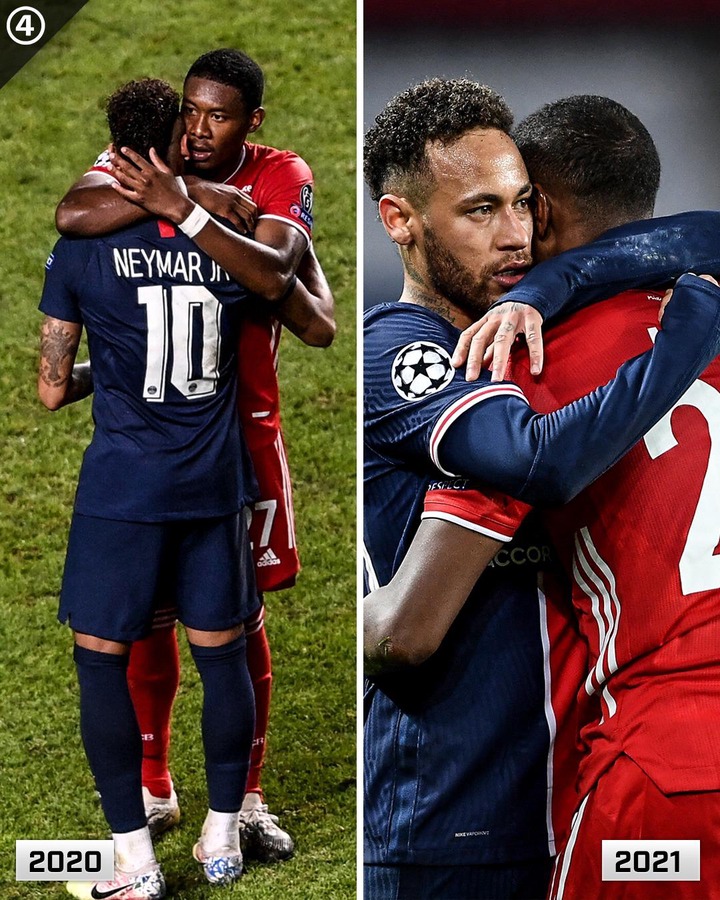 Another Emotional picture that surfaced online was Neymar celebrating the Victory at the front of Kimich. 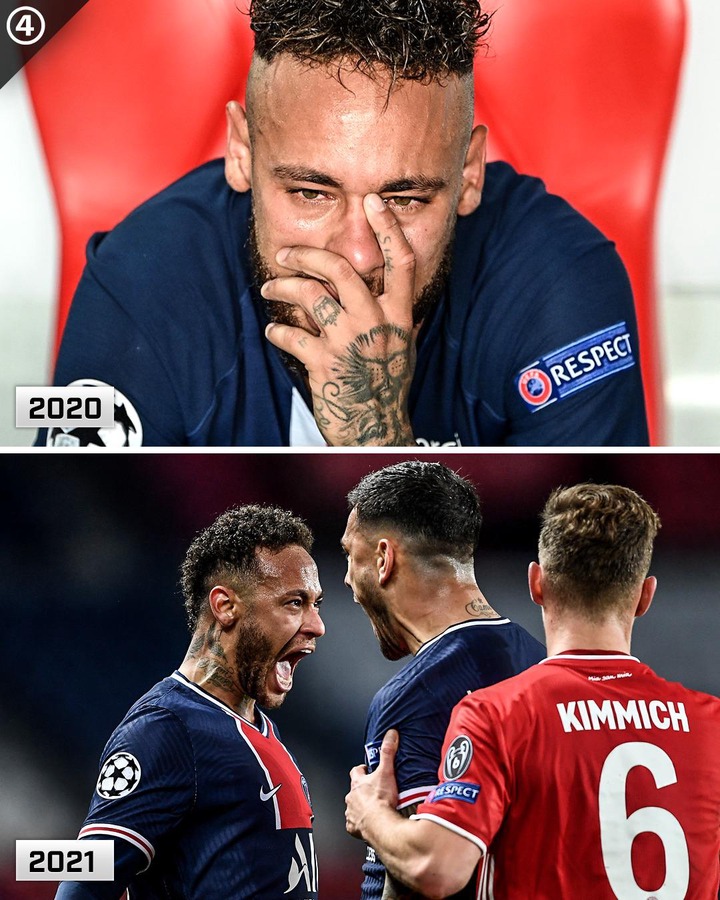 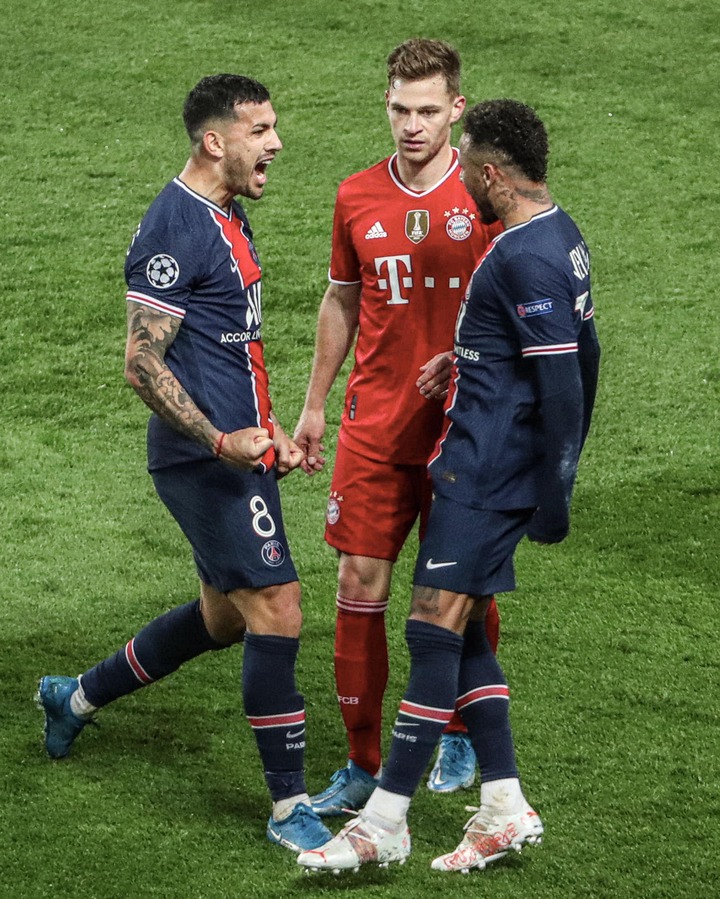 The Brazilian International was awarded man of the match award for his brilliant performance and the former Barcelona star have reacted to the picture of him celebrating in front of Kimich.

Neymar " It's funny because I didn't even celebrate to mess with him, it as more with Leo Parades and I ended up celebrating with him.

" It was fate that put me to close to him. He said that thier team was better, that they could win. He was sure they could get to the Semi Finals". 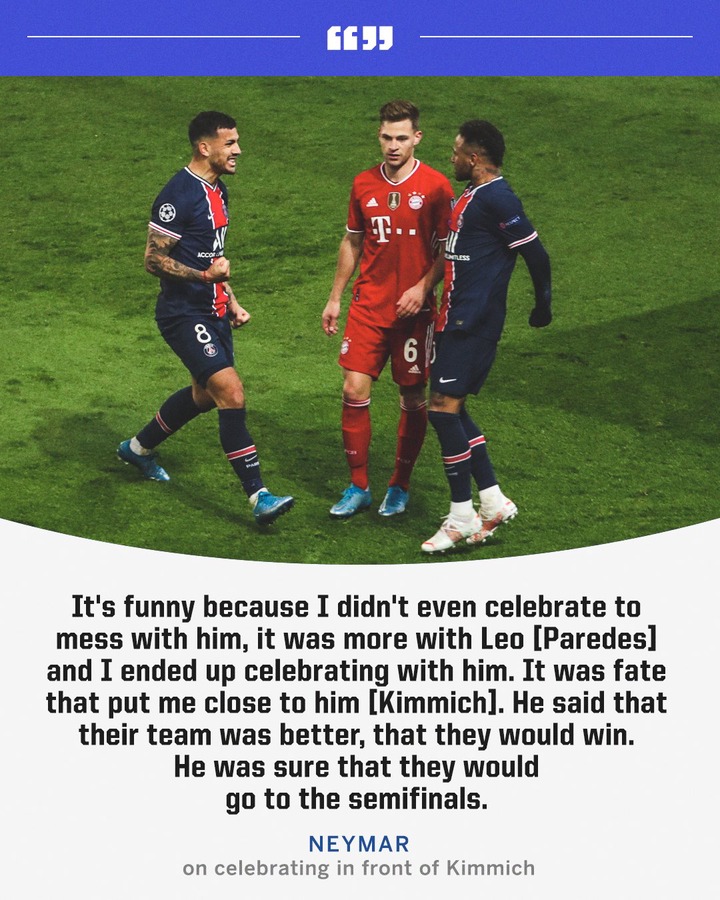 Do you think Paris Saint German will win this year's UEFA Champions League?