By Godaik (self media writer) | 7 months ago

Mesut Ozil is full of praise for Sergio Ramos, as the 35 years old defender officially leaves Real Madrid after 16 eventful and fruitful years at the La Liga giants. 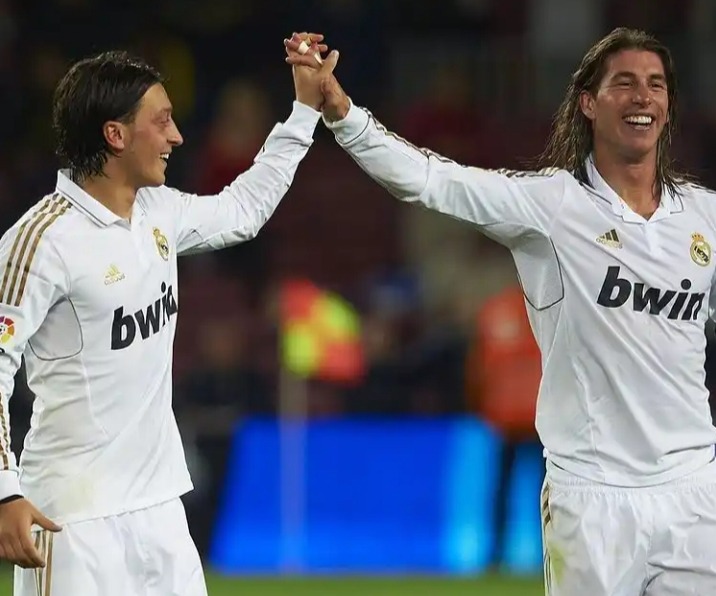 Ozil, who currently plays for Fenerbahçe, played alongside Ramos at Real Madrid between 2010 and 2013, scoring 19 goals in 105 matches before leaving for Arsenal.

In a post on his Instagram page the 32 years old Germany midfielder reflected on the time he spent at Estadio Santiago Bernabeu with Ramos, whom he described as the biggest legend in the club's history, wishing him best of luck in his next destination.

"The biggest legend in the club's history is leaving Real Madrid. All the best on your next step, my bro. Still look back so fondly on our time spent together in Madrid #theBestCBever @sergioramos," Ozil stated alongside the picture above, which shows him celebrating a goal with Ramos in their early days at the club.

Ramos, who weighed in with 72 goals in 469 matches for Real Madrid from 2005–2021, is leaving the club head-high and a truck-load of honours, and will forever be remembered for his impressive goal turnover.