By SportsLink (self media writer) | 1 year ago

Barcelona Feminine eased past Chelsea Women team after a shambolic first half display from the Blues saw Barcelona go up 4-0 at half time to ruin the chances of Chelsea Women being the Champions of Europe.

The Blues women were far from their best in the second half too as Barcelona clinged on without conceding a goal to win their first ever Champions League trophy. This fit made Barcelona Football Club the first club in Europe to win the Champions league for both the female and male teams. 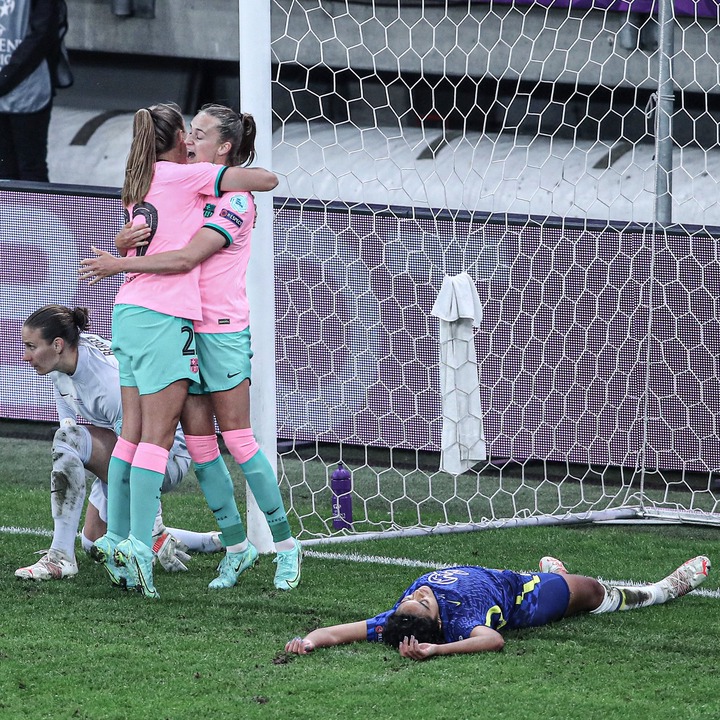 This was also the first time since 2007, when Arsenal with Emma Hayes, the current Chelsea manager defeated Sweden's Umea, that there will be no team from either Germany or from France.

The outcome of the quarter finals saw the end of the five year reign of Lyons who were defeated by PSG. PSG was also defeated by Barcelona in the Semi final.

Chelsea itself defeated Bayern Munich women to advance to the final. 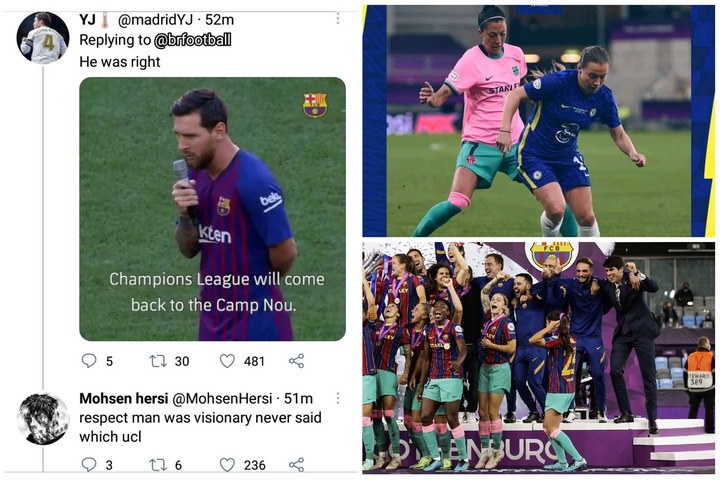 Chelsea were clear favorites going into the game as Barcelona not only had their centre back Andrea Pereira suspended big the sensational Alexia Putellas trained separately on Saturday while their forward Asisat Oshoala just returned from a foot surgery.

All this seemed barriers for the Barcelona Feminine but they were to come at the Blues with a bang. 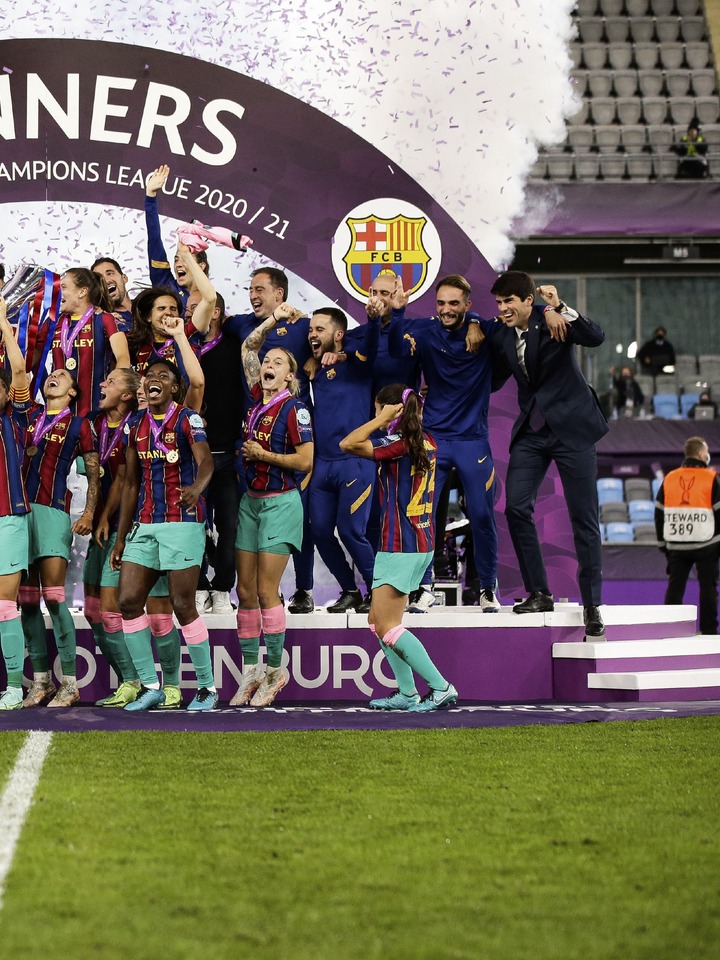 There has been numerous reactions to the news that Barcelona Football Club has set a new record.

Some people left hilarious comments about the triumph while some were countering them.

See their reactions below. 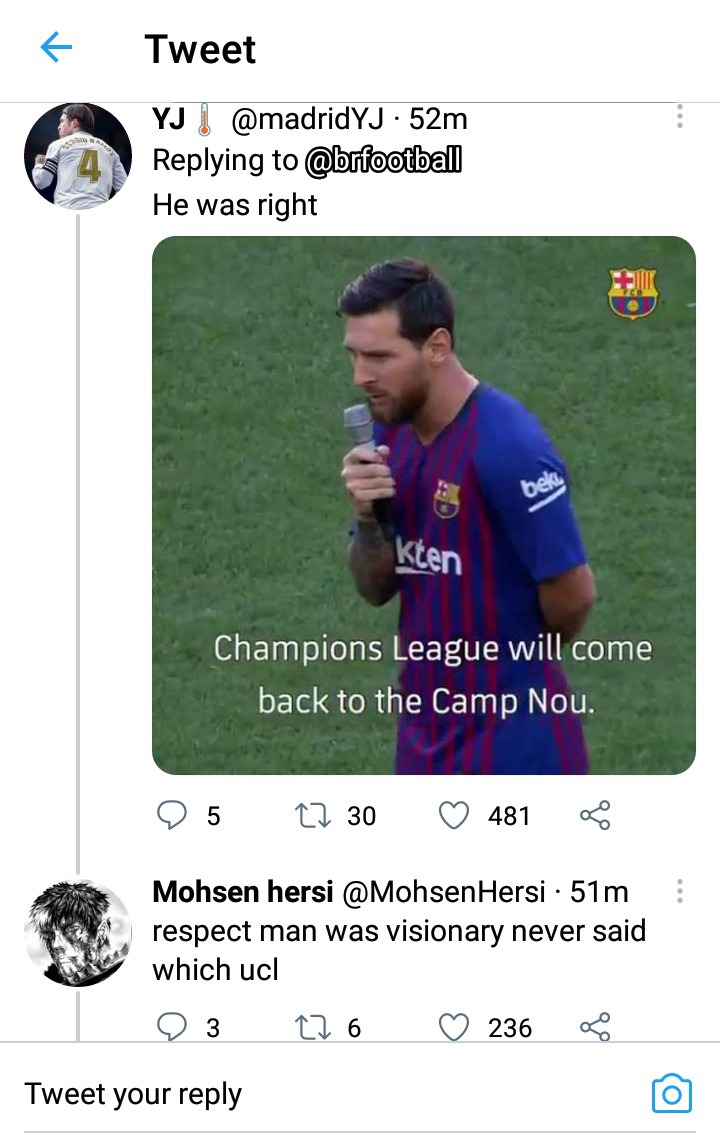 A Real Madrid fan jokingly said that this is the Champions League that Lionel Messi promised fans that would come back to the Camp Nou and another user replied, saying that Messi was wise. 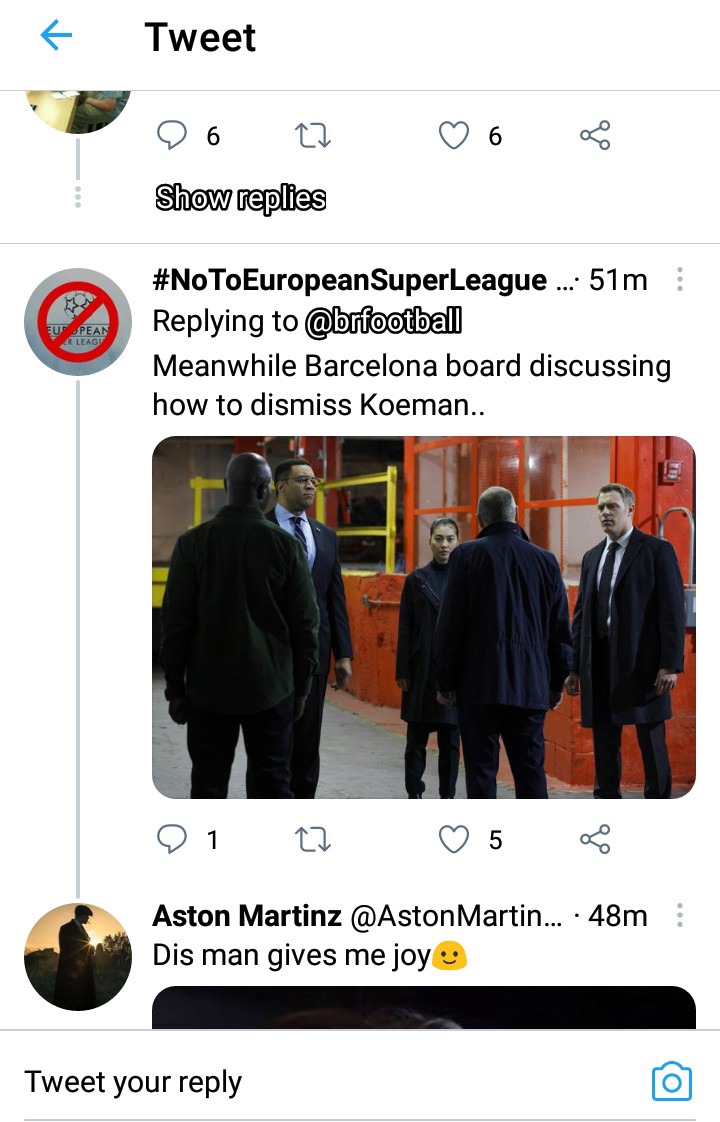 Recall that Barcelona Male team lost their match and this fan has taken the opportunity to stress that the board are already having a meeting to sack Roenald Koeman. 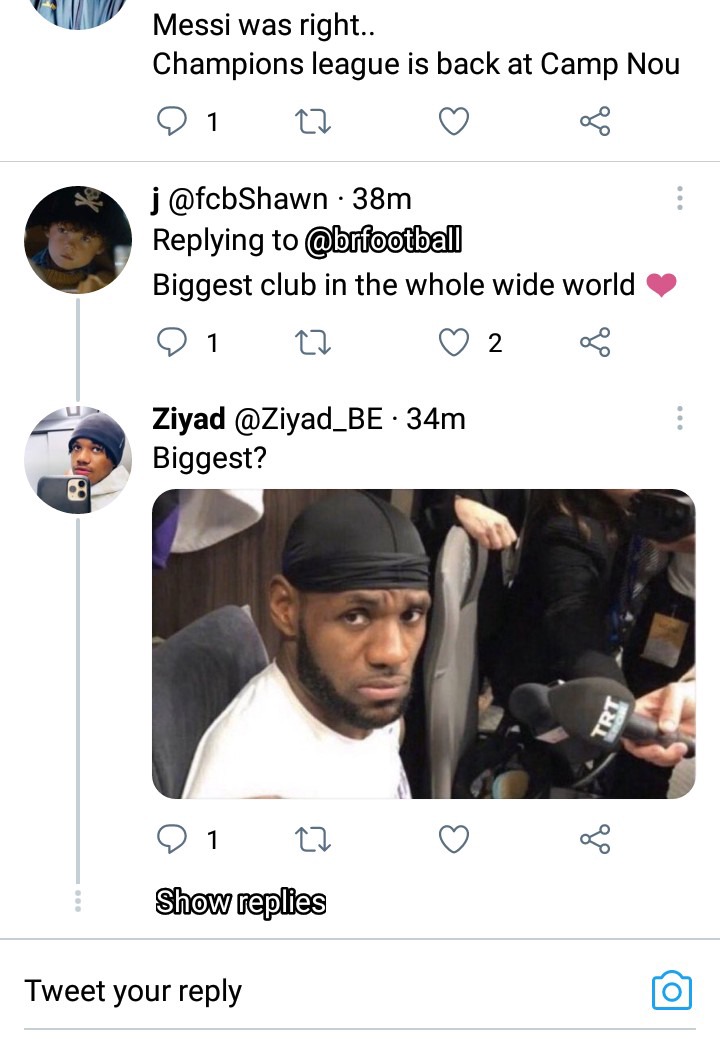 While a Barcelona fan claimed that Barcelona is the best Club in the world because of this feat, it was quickly countered by another Twitter user.

Content created and supplied by: SportsLink (via Opera News )