ITA 1 SPA 1: See What Fans Are Saying About Alvaro Morata After He Missed His Penalty For Spain

By AnnSports (self media writer) | 6 months ago 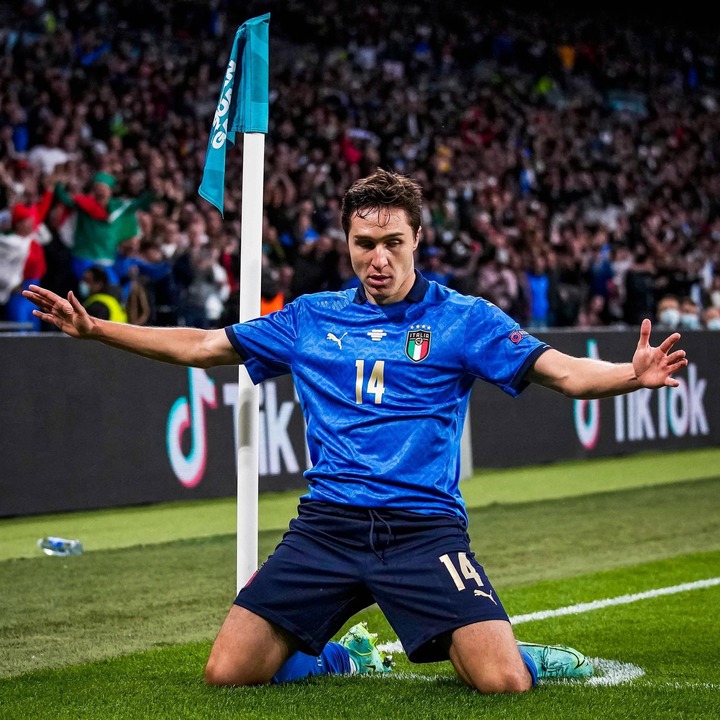 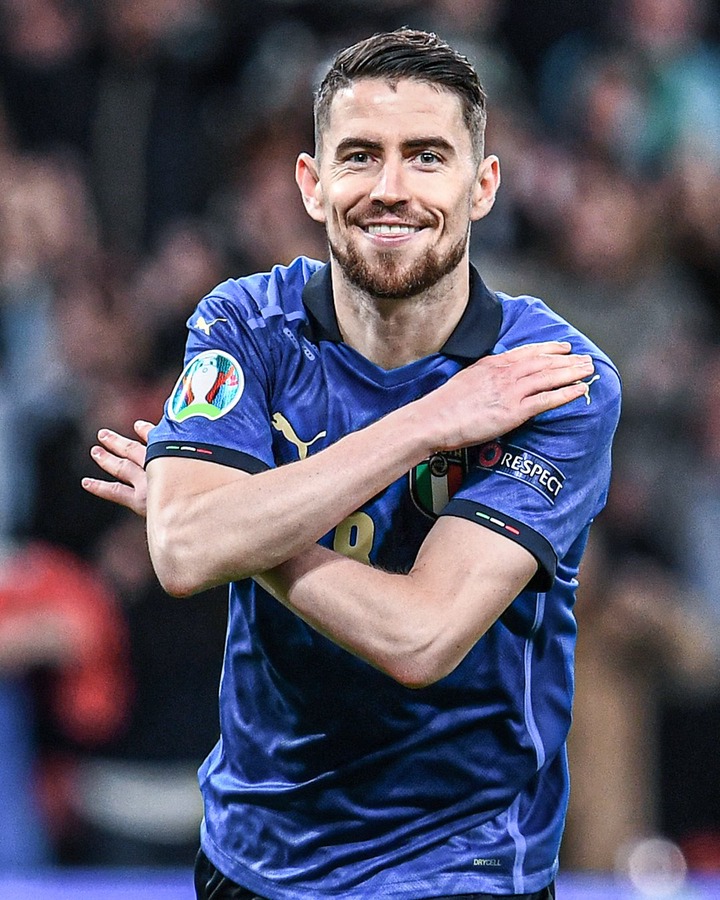 Italy have beaten Spain to qualify for the European Championship 2020 final at Wembley. The Italians held on against a very good Spanish team to take the game into extra time and eventually win via penalty shootout. Coming into this game, both sides were on a very good run of form. Spain had beaten Switzerland on penalties while Italy beat Belgium 2-1 in normal time to qualify for the semifinals. Both managers named their strongest lineup for tonight's game with Veratti, Jorginho, Pedri, Busquets and Insigne all starting. The only notable omission by Luiz Enrique for Spain was Alvaro Morata.

The game kicked off and Spain immediately started controlling proceedings. Busquets who was at the base of a midfield 3 for Spain orchestrated play from deep and the Italian midfielders could not get anywhere near him. Spam created a few goalscoring chances but could not put them away. Italy on the other hand sat back and tried to hit them on the counter. Roberto Mancini's side did create a few chances but could not convert those chances. In the second half, the game was more open and Italy capitalised on a sloppy Spain defence to score their first goal in the game. The goal was scored by Fredrico Chielsa of Juventus. 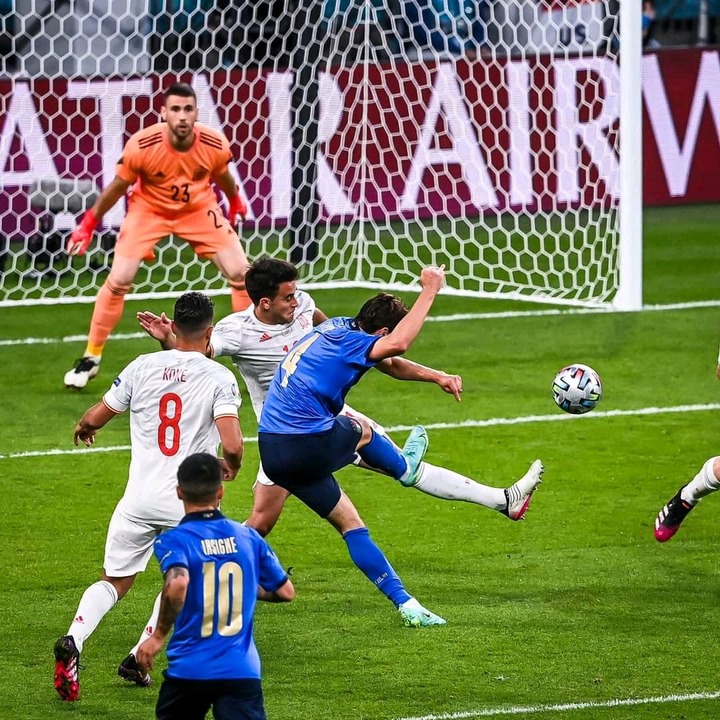 From there on it was all Spain as the Spaniards tried to equalise before the 90th minute. Well, they did get their goal in the 80th minute through Alvaro Morata. 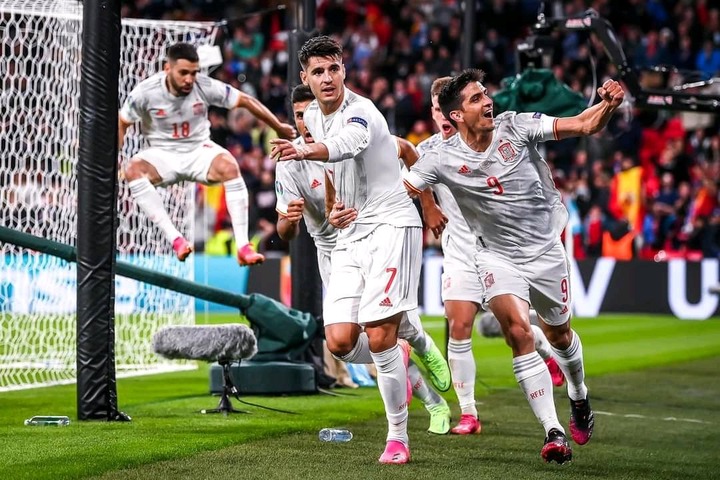 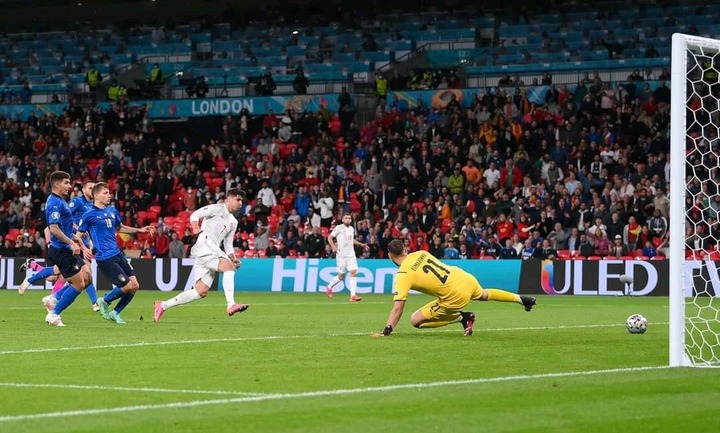 The game went into extra time and eventually, a penalty shootout where Spain lost to Italy. Morata and Daniel Olmo both missed their penalties to send Italy through. After the game, fans were on Twitter to say one or two things about Alvaro Morata's performance on the night. The Ex Chelsea man went from here to villain real quick and fans can't stop talking about him. Below are what a few of the fans said about Morata... 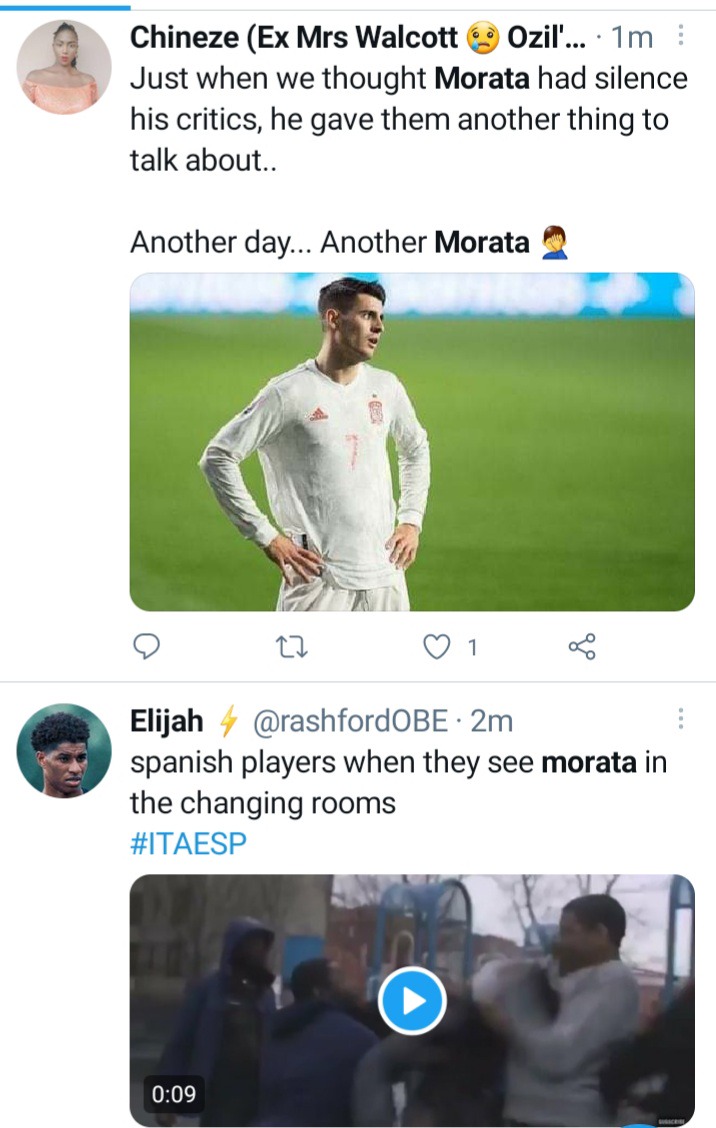 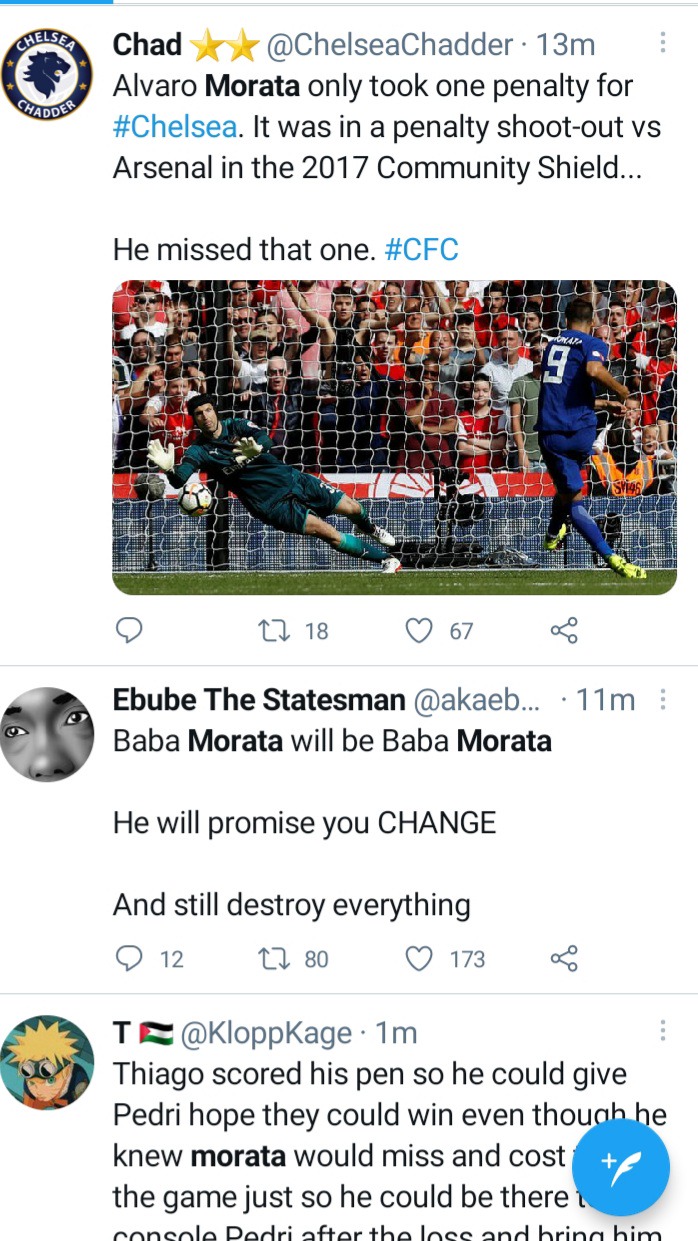 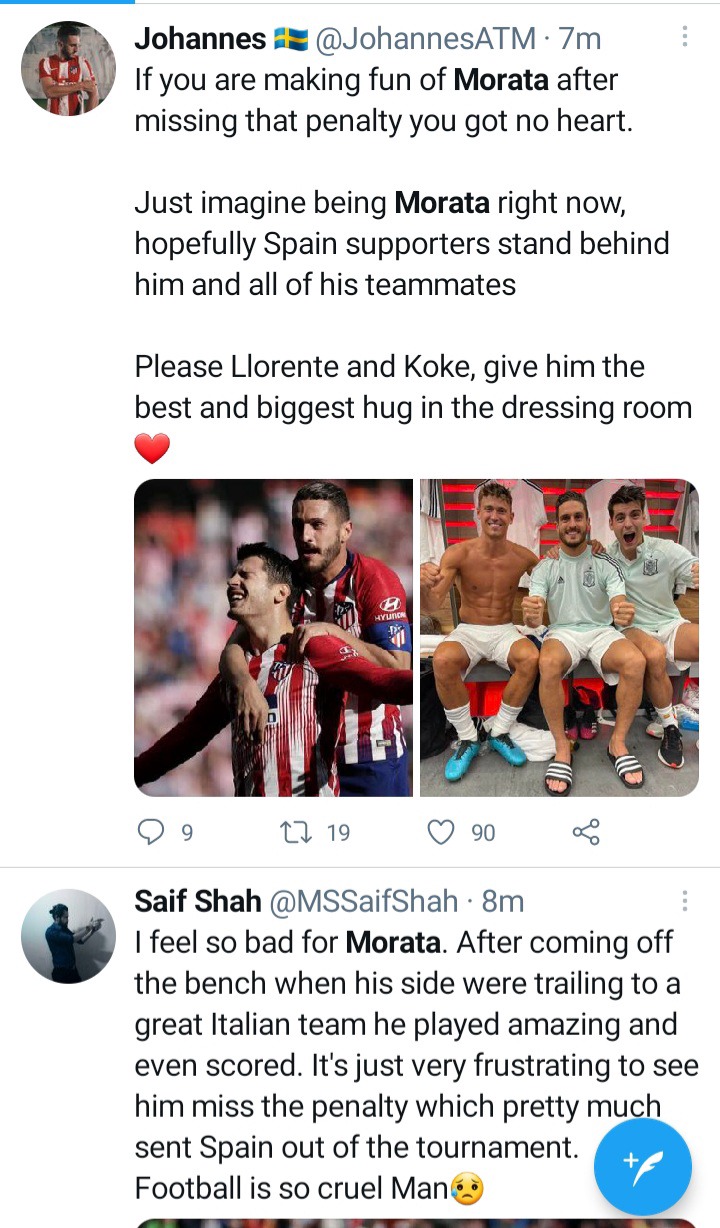 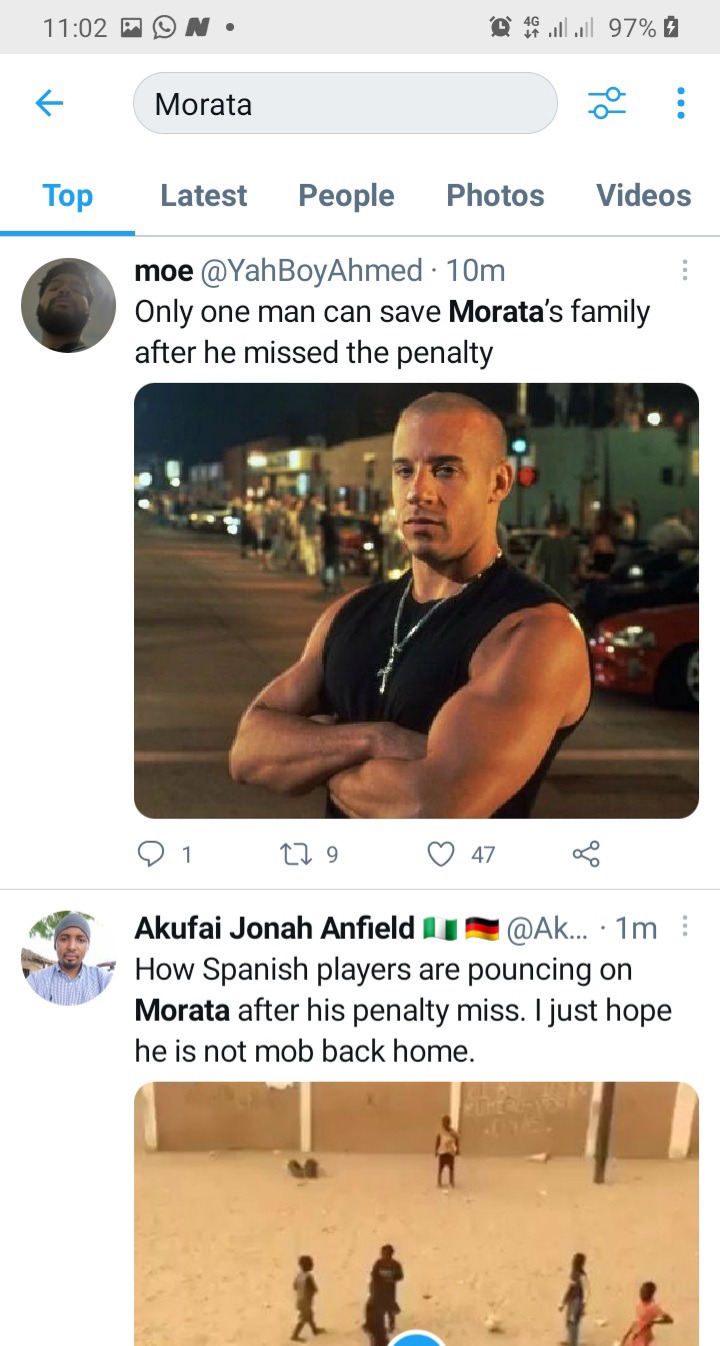 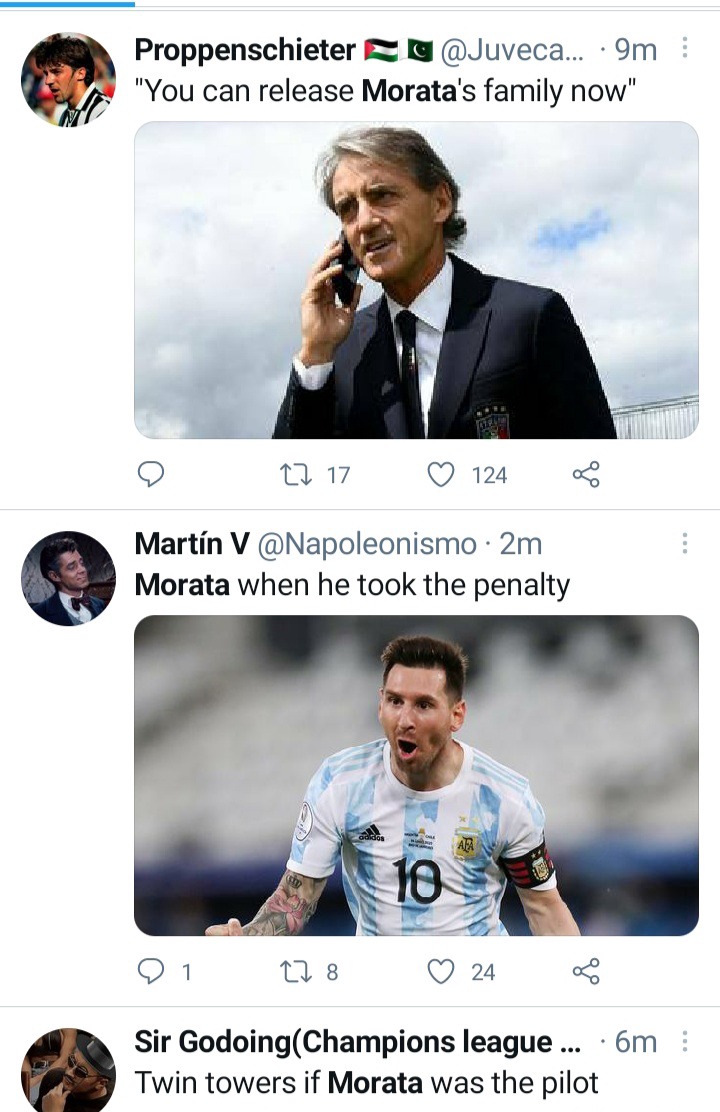 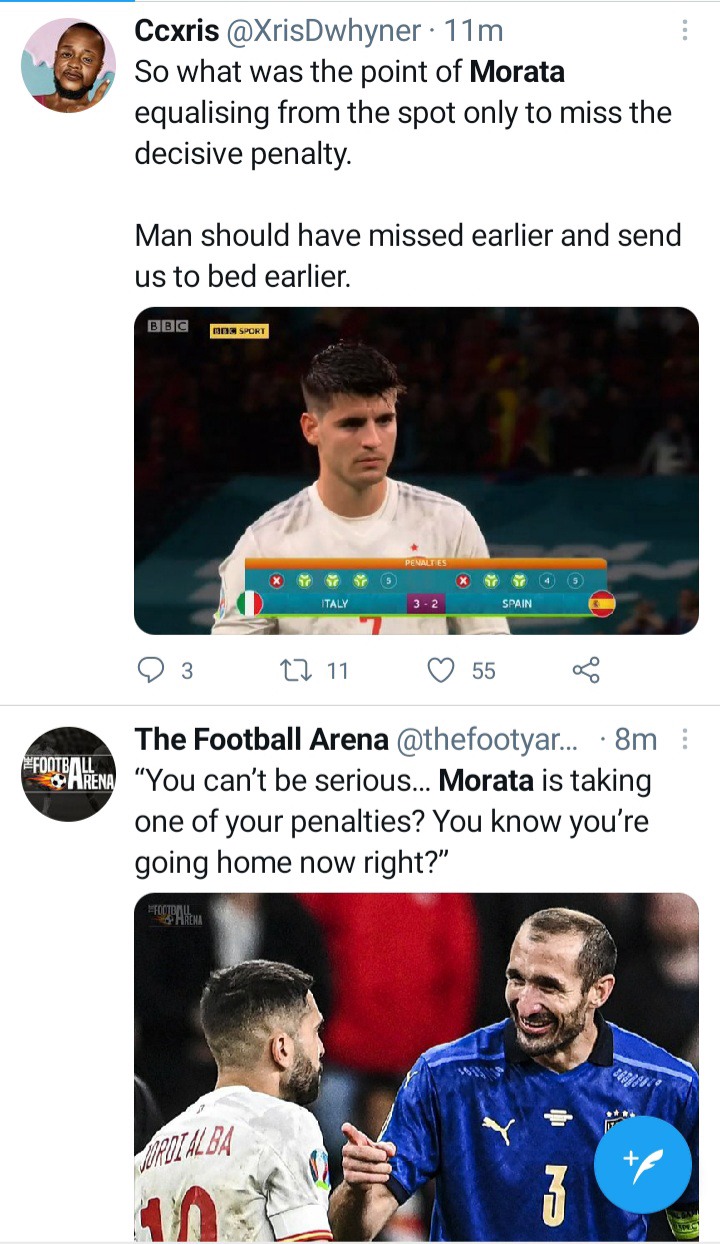 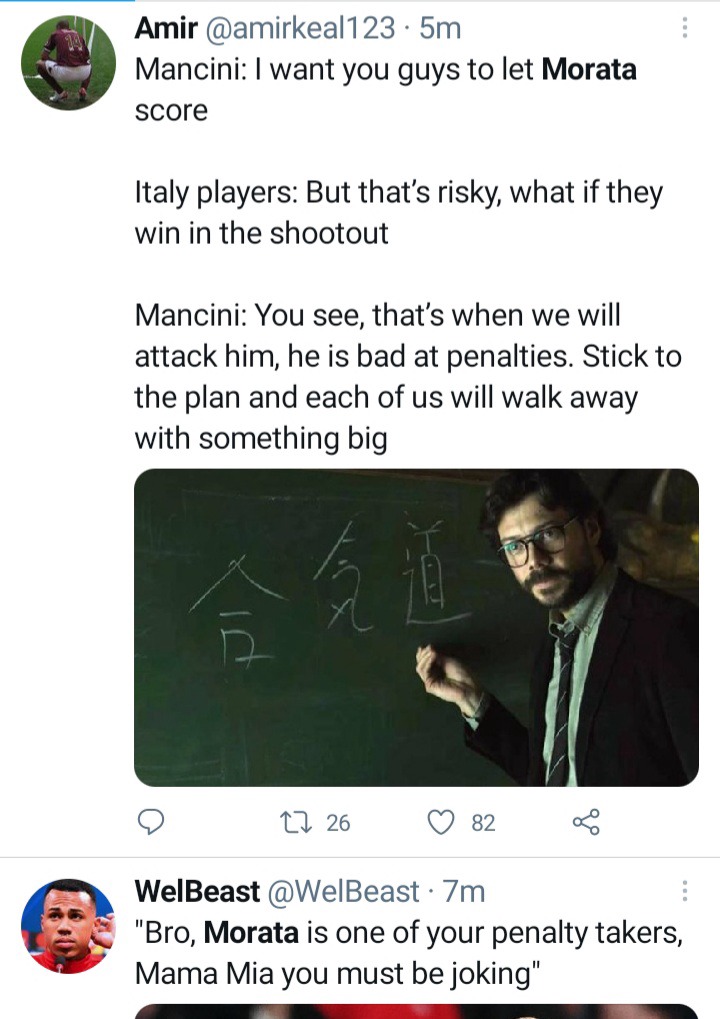 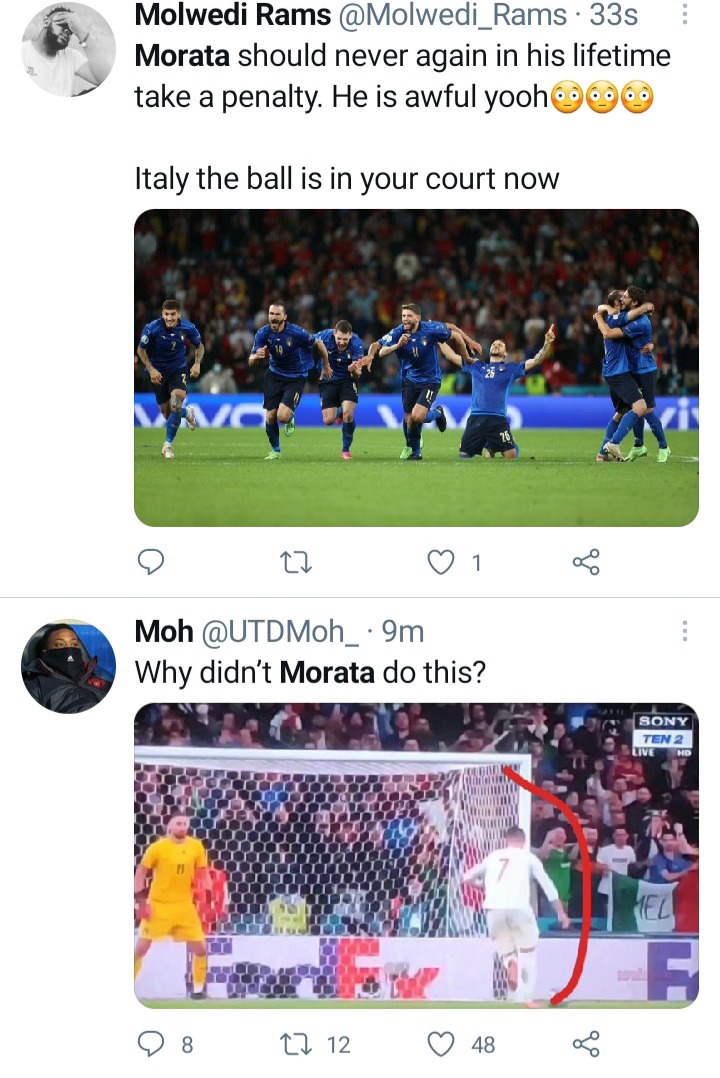 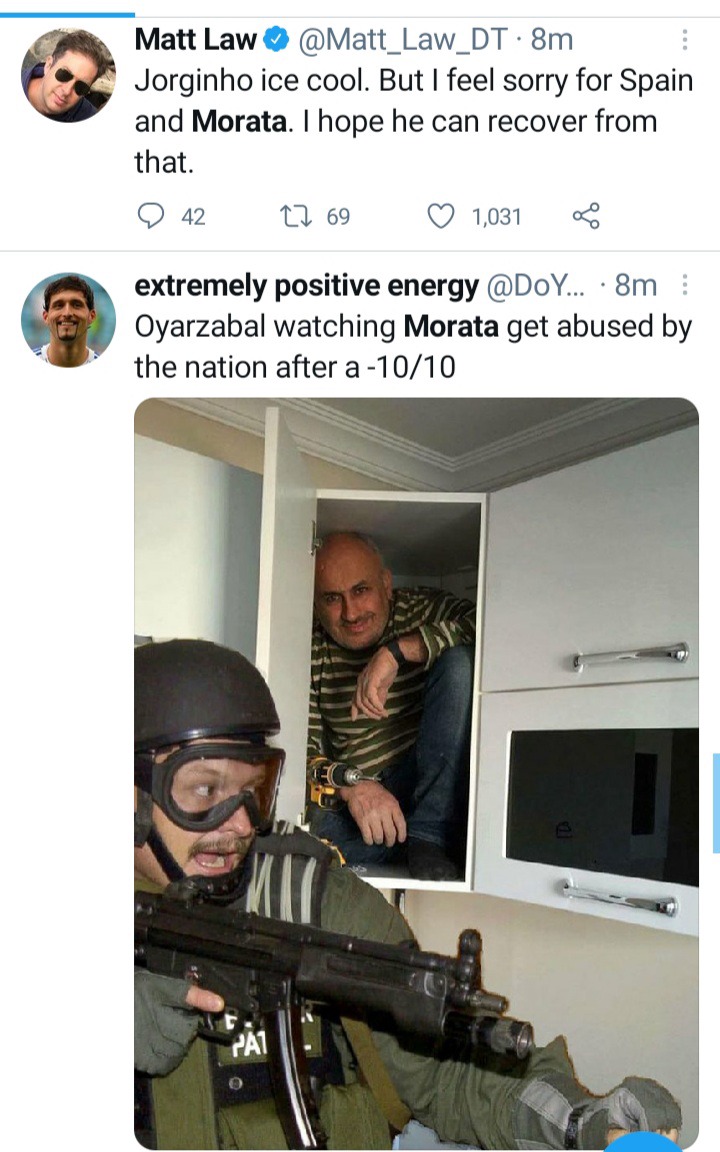