By Lawanbigina (self media writer) | 2 years ago 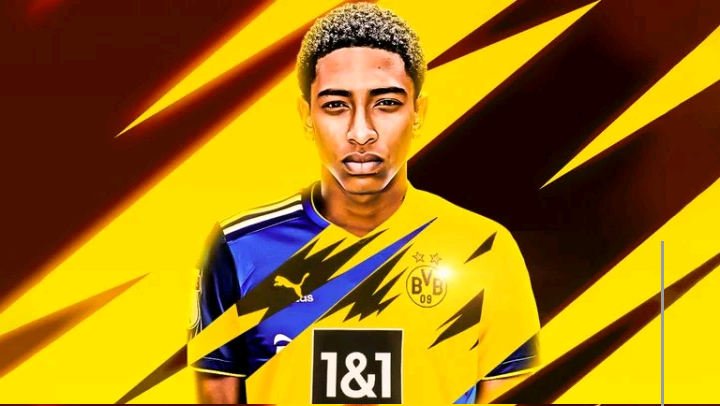 Jude Bellingham has become the world's most expensive 17-year-old

Jude Bellingham will become the most expensive 17-year-old in football history when his transfer to Borussia Dortmund is finalised. But how did Dortmund get the deal done?

How did Dortmund beat off the competition?

A lot of people will be asking why the Birmingham youngster has turned down Manchester United, Real Madrid, Bayern Munich and Chelsea to follow in the footsteps of Jadon Sancho and sign for the Bundesliga club.

Unlike their competitors, Dortmund offer that most precious of commodities - guaranteed game time.

They do not offer 10-12 league games a season and a place on the bench in the Champions League.

They offer 30 league games and a starting XI shirt in Europe. In terms of time on the pitch, the likes of Barcelona and Real Madrid simply cannot compete.

They are not recruiting academy prospects to Westphalia, they are recruited as first-team players.

Dortmund, however, do employ one other unique selling point in their unprecedented recruitment drives.

For most clubs, the weekly meeting over transfer targets will list their first, second, third, fourth and possibly fifth choice targets to fill a vacant position.

Dortmund are different. Having identified their talent, they focus their time and energy purely on him. They do not have second or third choices. And they make sure their No 1 target feels like a cherished part of the Dortmund family, even before they sign. That's the treatment Bellingham has been given.

Manchester United manager Ole Gunnar Solskjaer will be disappointed to have missed out on the highly-talented box-to-box midfielder. United pulled out all the stops in their attempts to sign him, offering him a tour of their training ground with Sir Alex Ferguson.

How much are Dortmund paying?

The agreed fee is thought to be a guaranteed £25m up front. One of the key factors in the negotiations was that Birmingham wanted more cash up front. The deal comes with an extra £1m of almost guaranteed money, and "several millions more" depending on appearances, achievements and milestones.

Bellingham is still only on a schoolboy contract with the Championship club and could in theory sign a professional contract with any other club, and the fee be decided by tribunal. However, Birmingham had a professional contract ready for the 17-year-old to sign, and an agreement with Bellingham and his family - with whom they have a good relationship with - that they would sign, hence why a transfer fee is required to attain his services.

Did he undergo a medical?

Yes, he was able to travel to Germany on Thursday because of the unrestricted travel corridor between the UK and Germany.

Bellingham left Birmingham airport on Thursday morning on a private jet to fly to Germany. Borussia Dortmund appear keen to keep Bellingham away from German media, to the extent that the club had four cars waiting for the plane - and all four drive off in different directions, hoping to keep Bellingham's whereabouts secret.

Why is he such a special talent?

Birmingham knew they had a remarkable young player on their hands from the very early days.

As former Blues boss Gary Rowett explains: "When he was about 12, I used to bring him down to my office now and again before a match just to have a chat to show how much the club appreciated him and how much the club valued him. The word at that time was that every single top European club had tried to buy him and had been watching him. I think the words were that he was probably the most sought-after 12-year-old in Europe at one stage. I'm sure there was a little bit of propaganda with that, but ultimately that's how well sought-after he's been from four or five years ago.

"He's got so much humility and he's such a level-headed young boy who comes from a very level-headed family and I think that's been part of the reason he's come through."

Sky Sports ' football writer Adam Bate took a closer look at his development and spoke to those who have worked closely with him . He writes: "At the age of 16, his transition to the senior game has been seamless. The touch and the class are apparent but he has coped physically too - putting in plenty of tackles - and handled the mental side of the step up impressively well. All the signs are that he is someone who is going to maximise his talent - and that maximum looks higher than most."

Will he play for Birmingham again this season?

That's the plan. Despite these major developments, it's understood Bellingham will still feature in Birmingham's vital final two games - vs Preston on 18 July and vs Derby on July 22. The club need to take just a point from their remaining games to all but guarantee their Championship status.

His first duties as a Dortmund player could be just eight days after his final game in the Championship, when the squad begin their pre-season training.

Content created and supplied by: Lawanbigina (via Opera News )