Paul Onuachu Becomes The 13th Nigerian To Outscore Others In Europe, Check Out The List 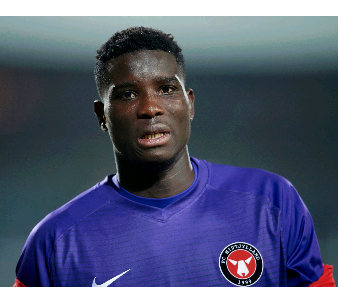 Thirteen years after Joseph Akpala emerged the highest goal scorer in the Jupiler league, another Nigerian has won it again. Paul Onuachu has outscored everybody in the Belgian league thus winning the top scorers of the league this season. He scored a total of twenty-nine goals. He is now the third Nigerian to have won it in the Belgian league. The previous winners being Tosin Dosummuin the 2005/2006 season andJoseph Akpalain the 2007/2008 season. They scored eighteen goals each in the aforementioned years.

Onuachu has now become the thirteenth Nigeria that has won it in Europe. Ricky Owubokiri was the first Nigerian that won it in the Portuguese league. He scored a total of thirty goals while playing for Boavista. Others are Rashidi Yekini, Peter Utaka, John Owoeri, Peter Ijeh, Stanley Ohawuchi, Adeshina Lawal, Emmanuel Okoduwa, Olarenwaju Kayode and Cyril Desser. The latter is a Belgium Nigerian.

Onuachu is only outscored by Owubokiri who scored thirty goals in the 1991/1993 season. The season 2005/2006 was a double for Nigeria as Emmanuel Okoduwa and Tosin Dosummu won it in Ukraine and Belgium respectively.

Paul Onuachu is presently playing for Genk in the Belgian league.