Best Goalkeepers Since 2010 According To Ballon d'or Ranking

By Football-Stats (self meida writer) | 20 days 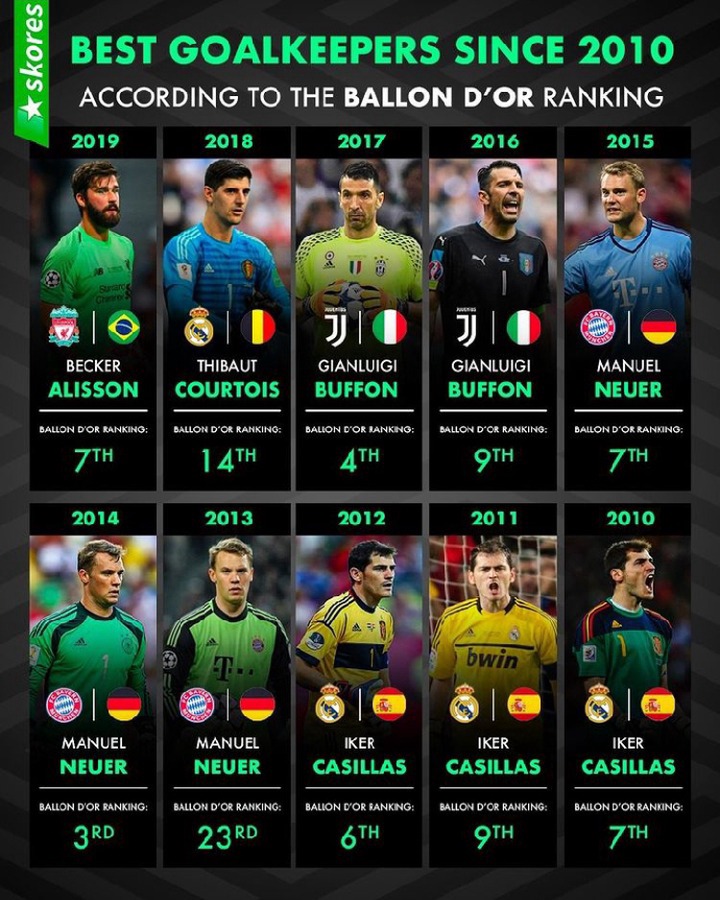 Gianliugi Buffon have been compared to Iker casillas on several occasions. The truth is that Buffon was ranked fourth in 2017 ballon d'or list. Which is the second to highest ranking a goalkeeper have attained since 2010. Buffon was also ranked 9th in 2016 ballon d'or list. Alisson Becker was the highest ranked goalkeeper in 2019, he was ranked seventh.

Checkout 17 Beautiful Chelsea Wallpapers That You Can Use on Your Phone or Laptop.

Zinedine Zidane reveals why his team lost to Chelsea at Stamford Bridge, check what he said