FA Cup: Iheanacho Reveals the brain behind his recent form, Check out what he says.

1. Nothing scares me anymore says, Iheanacho.

Leicester City striker Kelechi Iheanacho has stated that fear is no more part of his life again, especially after the demise of his mother. 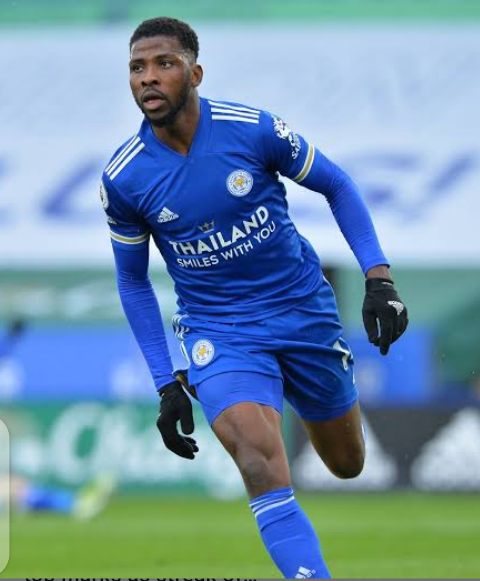 According to the Striker who is in superb form for Leicester united, his Mom died when he was training with Nigeria as a teenager, and believes that his mother will support him in the FA Cup tie this weekend.

Speaking of his mother's painful death and the memories Iheanacho said: 'I think about her( Mercy)every day. 'There is hardly a single day that I don’t remember her. I believe she is in a good place now. It helps to keep me going and working hard each day.'

The 24-year-old also gives a little hint about his childhood ordeal in a statement that follows next, He said: ‘I cherished that part of my life so much, I wish I could just bring it back but I can’t, so it's gone. I have always loved playing soccer since when I was a kid. I liked booting the ball around with my friends, with my brother. 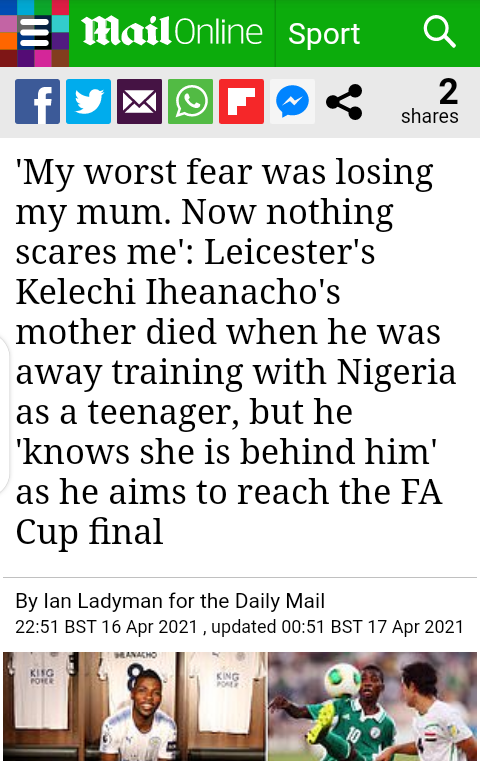 While it is not out of place to be carried away by old memories, the reality of the day is not far from behind us. With the FA semi showdown at Wembly against Southampton, Leicester United will bank on Kelechi Iheanacho to put up a superb display should they hope to be in the FA final to crown the year a success.

2. Guardiola is not surprised about Thomas Tuchel success at Chelsea.

Pep Guardiola has revealed his admiration for Chelsea manager Thomas Tuchel and says he is not surprised at Tuchesl's fine start to his Chelsea career.

Tuchel who has only tasted just one defeat so far in all competition since taken over will face one of his toughest tasks in the season as they face off with Manchester City in the Semi-Final of the FA Cup this Saturday.

Speaking about his knowledge of Tuchel and his expectation ahead of the semi-final clash, Guardiola said: 'I know him from Mainz When I was in Bayern after he went to Dortmund and spent one or two games playing exactly the way he wanted to play. He knows how I admire him and how good he is as a Coach. It will be a good battle.'

It was tough to take over a team during the season but as a winner with lots of experience winning at a top club like PSG and now at Chelsea. ‘I knew from day one he would do a good job, I'm not surprised.’

3. Show of class between 2 Spaniards as Unai Emery is less concerned about his Arsenal History.

Unai Emery has revealed that his past at Arsenal is not as important as getting past the Semis and eventually winning the Cup and progress to the Champions League. 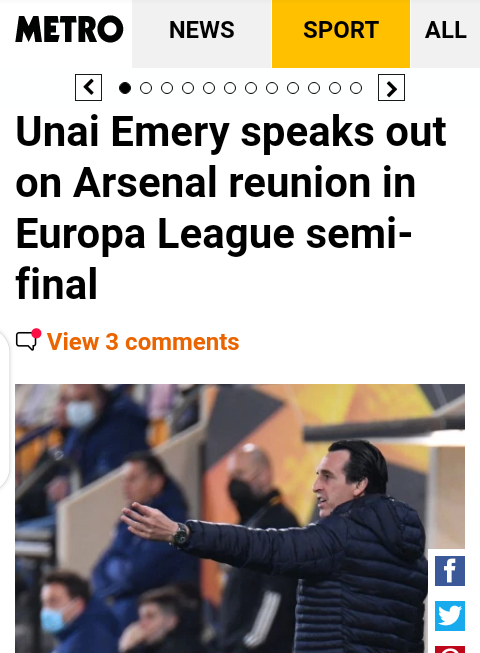 Unai Emery will come up against his former team in the semi-finals of the Europa league after ousting Dinamo Zagreb 3-1 on aggregate on Thursday night in the quarter-finals. Though Villarreal has reached the Semi 4 times and has failed to get past that stage, Emery will be hoping he breaks the jinx and be the first who takes them to Europe.

In a statement issued by the former Arsenal coach, he is quoted saying, 'Breaking the semi-final barrier is the great challenge, the idea of getting to the Champions League thru the Europa is extremely important. My past at Arsenal is less important.’

It will be a show of class for Unai Emery and Arteta when they face off in Europa League next week.

Chelsea will be without the services of two of its favored players in what is considered one of the biggest tests of Thomas Tuchel reign since he took over from Frank Lampard.

Speaking Via zoom, Thomas Tuchel gave a rundown of some of his players in camp with the likes of Ngolo Kante looking likely to feature in tomorrow's tie having come through 90 minutes against Porto in the Champions League. 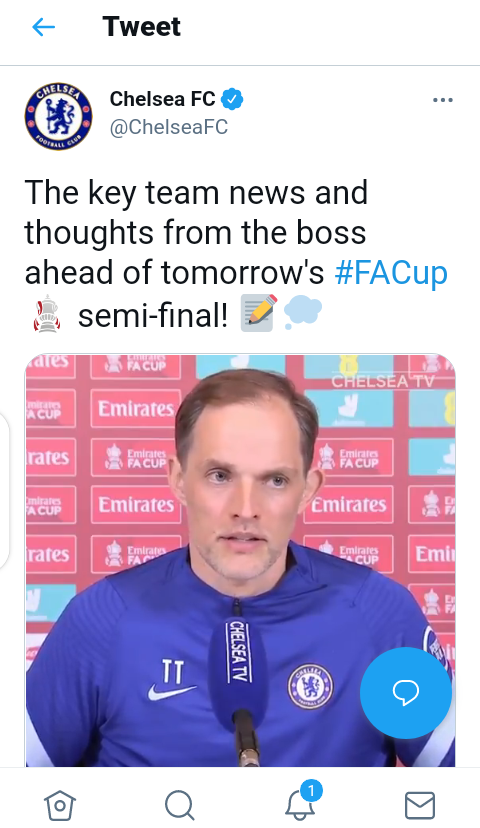 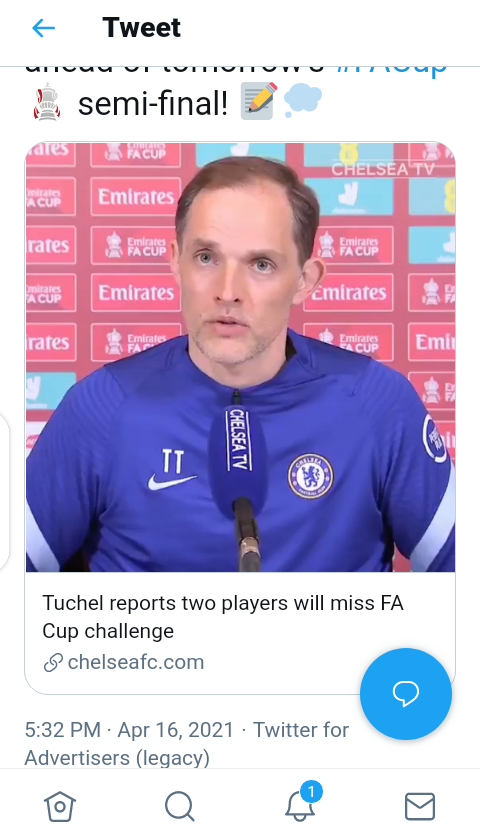 Concerning Kovavic and Christensen who has been injured and cooperating, Thomas is quoted saying, 'unfortunately Kovacic is still out, but feeling better, while Christensen is out also and cant is in the squad to face City.'

5. Chelsea win made us believe we can do it.

Pep Guardiola has revealed that beating Chelsea 3-1 at the start of the season was what gave them the confidence and beliefs that everything was possible despite being ravaged with injuries. 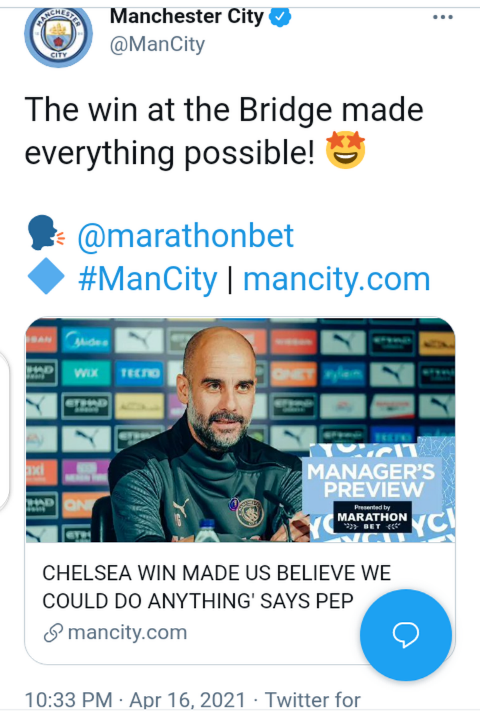 According to the City Tactician,n he traveled with only 14 senior players since they were hit by injuries and Convid-19 yet that didn't count as goals from Phil Foden, De-bruyne and Ikay Gundogan made sure City went home with 3 points and confidence in a depleted team.

Speaking about the experience Pep said: “that was the turning point. The game away to Southampton was for me the 2nd most influential game, but at Stamford Bridge, with just fourteen senior players available, injuries and convid-19, that was the defining moment that made us believed we could do it.

“That for me was one of the 3 moments at the beginning of the season that helped us stay there, but the win at Chelsea, helped us think we can do it."

Today at the Wembly Stadium Mancity will be hoping to replicate the result that spurs them on to where they are today, but with a more compacted, well-organized Chelsea team, far different from the one at the beginning, City shouldn't expect an easy ride here.

Kelechi Iheanachi hopes his late mother spirit will be at his back today supporting him, do you think such things happen in football? I don't think so, what of you?