This is the Reason why Real Madrid beat FC Barcelona to the Laliga title.

By DawnyFootball (self media writer) | 1 year ago

It's the news that has been trending all seeover social media platforms, and all over Spain after a resurgent Real Madrid won the 2019/20 Laliga title,dethroning FC Barcelona to win their 34th Laliga title.

But this was no easy feat as the Madrid boys had to work really hard to earn this,they had to play at their best and they did, but certain other tactical factors were key in their League Victory. 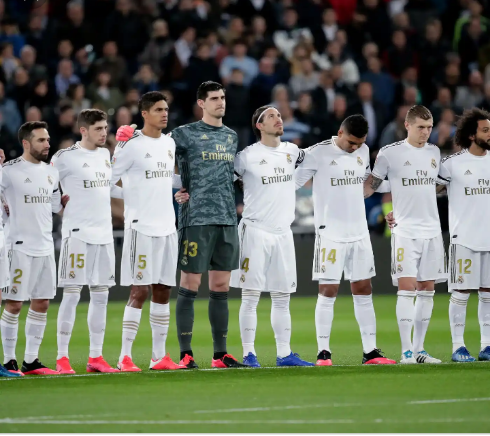 Real Madrid can boast the best midfield in the world at the moment,consisting of just 7 players, namely:Kroos,Modric, Isco,Casemiro,Valverde and brahim Diaz and James Rodriguez,actually you see those 6 names there,its majorly only 4 with Modric, kroos,Casemiro and Valverde pulling the strings in Zidane's preferred 4-3-3 setup.

Kroos has been important for scoring goals,And giving assists, he also helps to keep possession, he crosses,he tracks back as well to help the defence but in reality he hasn't always restrained himself from doing all the dirty work,he has linked up well with his fellow players and his exceptional Vision of the game has been superb from day 1. He also has good Slide through passes and all his Involvements have been helpful for Madrid. 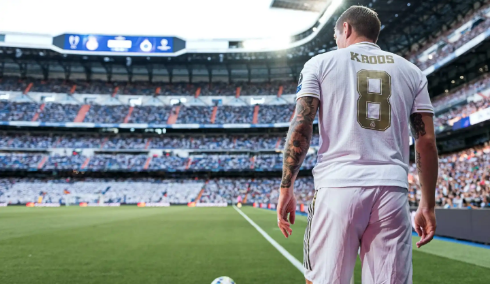 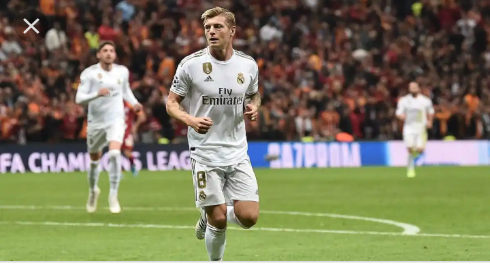 Modric was on another excellent display of classiness on Thursday Night against Villarreal as he gave the assist with a Through ball that Benzema just couldn't resist finishing. He has really upped the defensive side of his game and now fancies tracking back to help out the defence,but what has made Modric really exceptional this season has been his Slide rule passes that can start counter attacks and his positioning, Yeah,Just when you taught Modric was done at Real Madrid, he comes out even stronger with a point to prove. 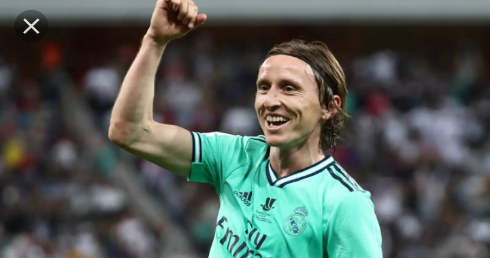 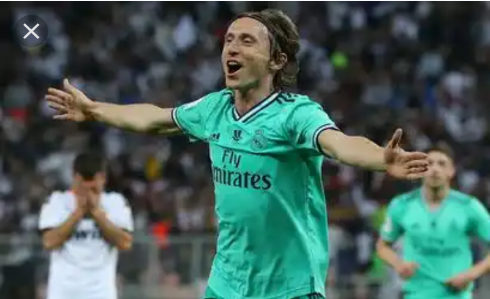 The main man behind Real Madrid's defensive game in the middle of the park,An Undeniable fact at the moment is that Carlòs Casemiro is the best defensive midfielder in the world at the moment, the Guy is a tank, and it sometimes leaves me bamboozled as to how he is able to carry on a whole 90 minutes,which is mostly dedicated to wining the ball back and helping start Dangerous counter attack,Maybe its because he sometimes receives help from his fellow Midfielders,he has been their Man of the a match so many times and it's not hard to see why. 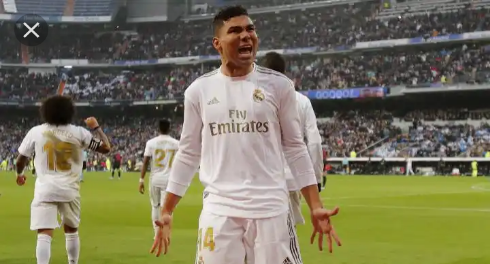 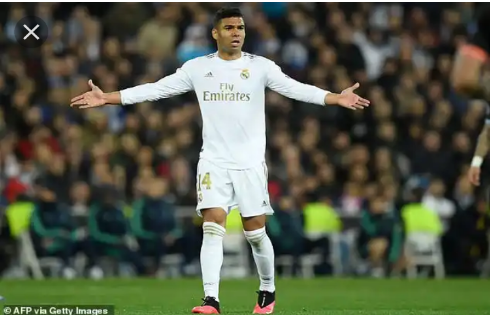 He has helped Real Madrid win certain games,like against Sevilla when he scored both goals and against Espanyol when he finished from Benzema's brilliant back heel assist,to be fair,he has been Real Madrid's most important Midfield players and this season. 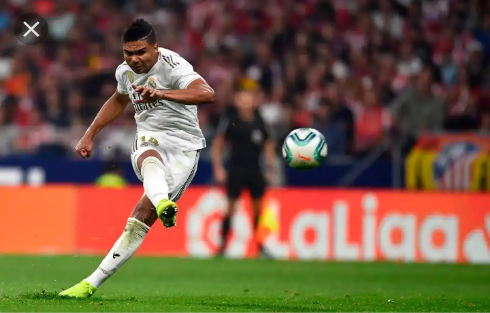 A Star in the making,for the most part of the season,the 21 year old has been successfully able to displace Luka Modric from Zinedine Zidane's starting 11 and is the best assistant and Understudy Casemiro could ask for,his favourite position is in the Central poilstion down the midfield,similar to that of Casemiro, but he has often featured on the Right Midfield as Casemiro is still the Don of that Defensive Midfield Position.He has scored 2 goals and wrapped up a couple of assists and has been found being influential in big games where his Running back and Forth has been used to stop or slow down Opposition Counter Attack,Now Valverde has also been useful in balk retention, he rarely looses the ball and is a quick player going forward,he surely has a future at the Club and his Services will be more than needed,especially when Casemiro is retired or out due to an Injury,what can i say?this is just another Talent Real Madrid have on their hands. 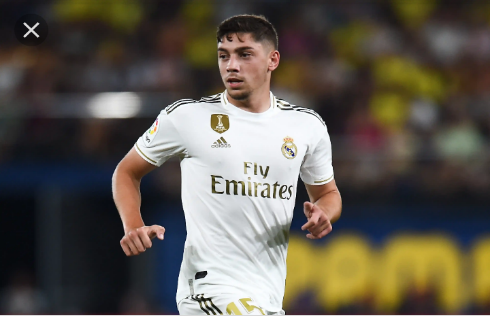 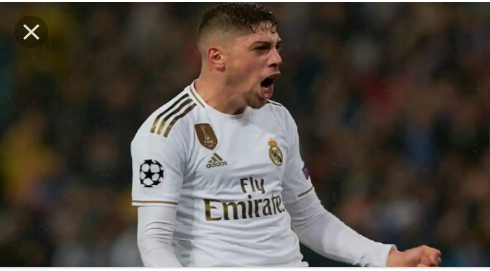 Led by Karim Benzema,who since the departure of Cristiano Ronaldo to Real Madrid, has been the man who has filled the void left by the Portuguese,his poaching abilities and impeccable finishing justifies his 22 goals and about 8 assists this season,he is no doubt Madrid's player of the Season and a true leader in attack, who can switch lanes to recover the ball,he has been accoladed for his abilities to bring other Attacking players and Wingers into the game,by staying back to let them go forward. There's alot to be said about Benzema,but I'm sure you already know a lot about this 31 year old hero. 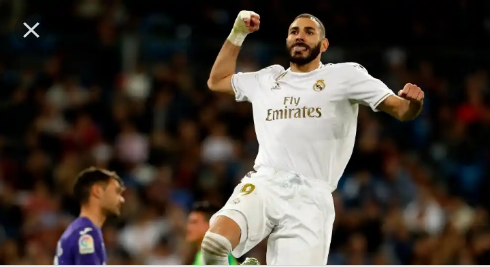 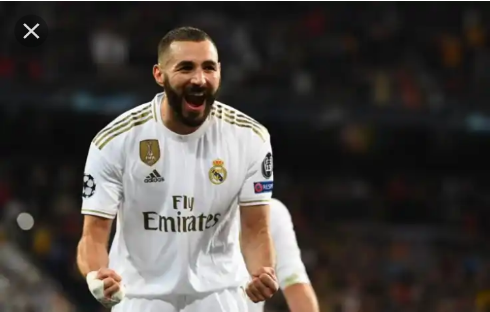 The Brazilian Talents such as Vinicius and Rodrygo have been really helpful at the beginning of the season, Rodrygo rose to Prominence when he scored on his debut as a substitute just coming off the bench and scoring a minute after. He superbly controlled and scored,leaving no doubt that he was a better finisher than his compatriot,Vinicius Junior. he also scored a perfect Hat trick in the Champions League game against Galatasaray, and has impressed on the Right Wing since then. 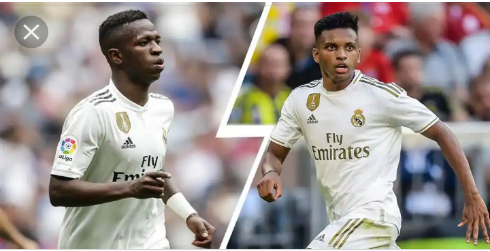 Vinicius was one of Madrid's best players as well,with his Crazy Supersonic speed and his Magical skills that can leave any defender in the dust,he has grown more and more in confidence and there are signs that his finishing will improve in the near future. 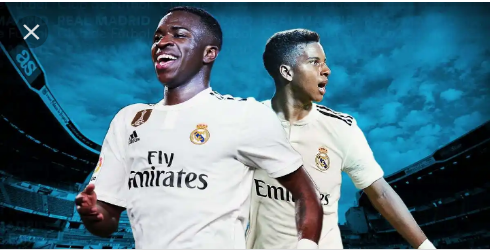 Hazard,Not his best season as he only scored 1 goal,his season was blighted with 2 serious injuries and when he returned after the Covid-19 break, he really wasn't looking himself again,but I know he will soon get back to this Best. 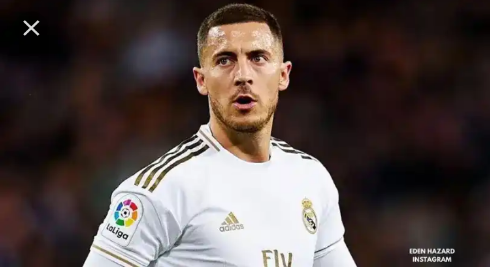 Bale,well what can i really say about this Guy? He might be the black sheep of the Madrid team,but he's had his moments even though its hard to see a future with Real Madrid. 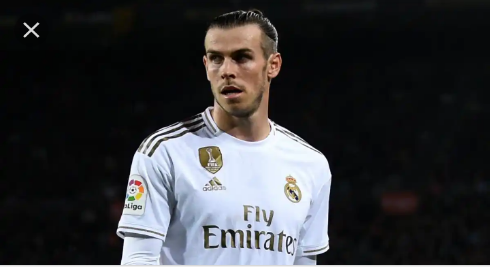 Asensio,Can't you just picture your excitement when Asensio scores off the bench just moments after he came on against Valencia?Well I can,that Smile on his face said it all,he was out for 11 months and was supposed to miss the end of the season, but he came on and still proved to be helpful for Los Blancos. 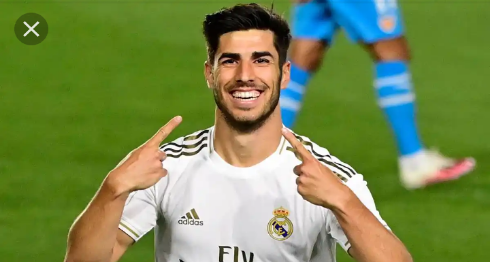 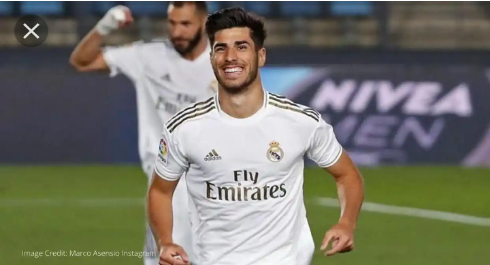 They've been incredible, I mean just how they managed to concede just less than 25 goals is amazing,Led by Captain Sergio Ramos and Raphael Varane,the Madrid defence is arguably the best in the world at the moment, shielding Courtois from harm,Sergio Ramos, their second highest scorer this season also had a lot to prove after an horrendous 2018/19 season,but all in all,they surely made lots of improvements. 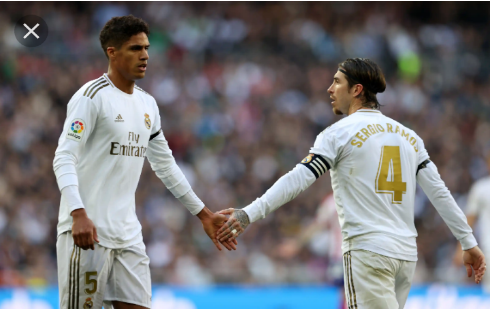 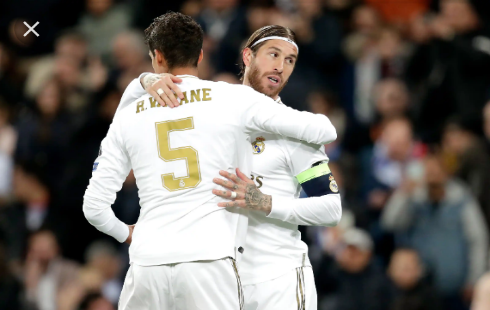 The full backs were key as well as Marcelo's attacking instincts was yet again helpful although he list out to Ferland Mendy in the pecking order,as the latter is an absolute Rock in defence,and is difficult to get past in Defence, his speed when running down the flanks has also caused troubles for opposition teams, not to talk of how he has upped his pass accuracy, he was indeed Real Madrid's best signing last summer. And again Carvajal was the main man in that right Back position as he was always getting forward, and his assists have proved pivotal in many cases. 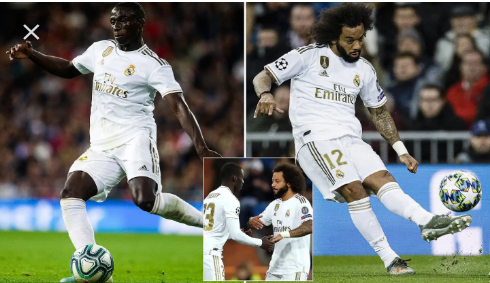 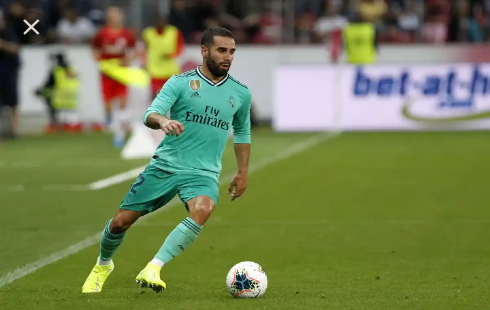 In short,all the Madrid players have been nothing short of wonderful.

From being one of the biggest jokes in Football after being slammed for his Horrible first season at Madrid, to reinstating himself as one of the best goalkeepers in the world. He has made a lot of saves this season, and what has been so noteworthy about this saves,is the fact that they came in the dying minutes or early stages, all these saves,if not made would have cost Madrid a lot of points and surely wouldn't have spared their blushes,to be honest,without a lot of these crucial saves,there would be no Laliga title for Real Madrid. 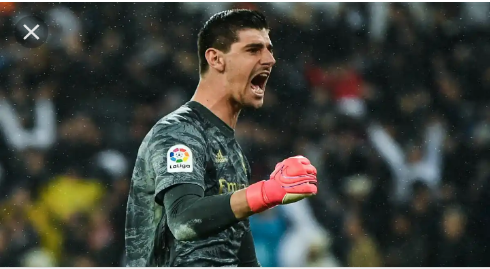 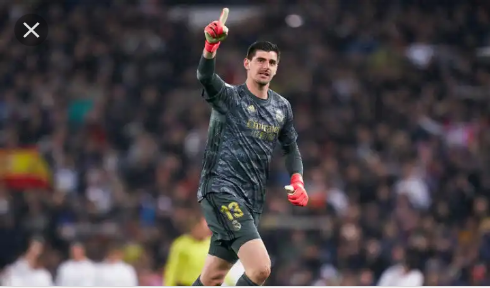 His 18 clean sheets and 78% Save ratio,Speaks volumes.

This list would not be complete without making mention of this French tactician, and mastermind behind all of Madrid's success, His return to the. Club has been Incredible and he has never been afraid to try out new things and to test new players,he has transformed Real Madrid into something else, he has brought back their former glory. 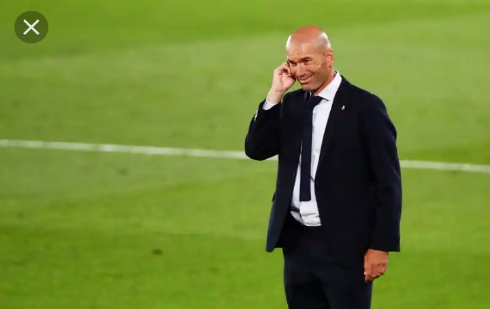 What do you think about this Real Madrid team? Let us know in the comment below 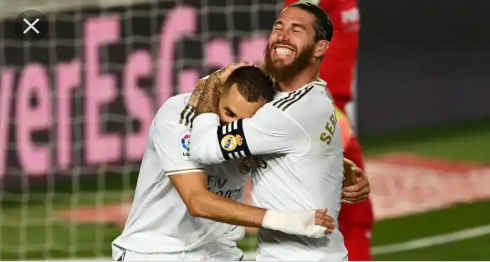 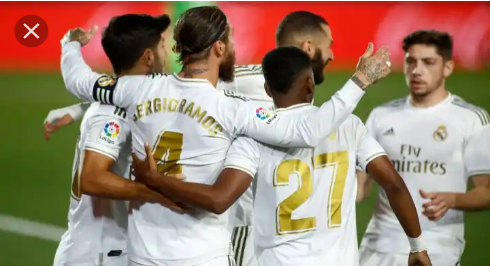 If you have any additions or suggestions, feel free to let us know in the comments box and we will reply you instantly.

Don't forget to follow our Profile for more Updates,Thanks and have a Nice day😊