Lewandowski is better than Ronaldo and Messi- Rummenigge

By KelechiGreat (self media writer) | 8 months ago 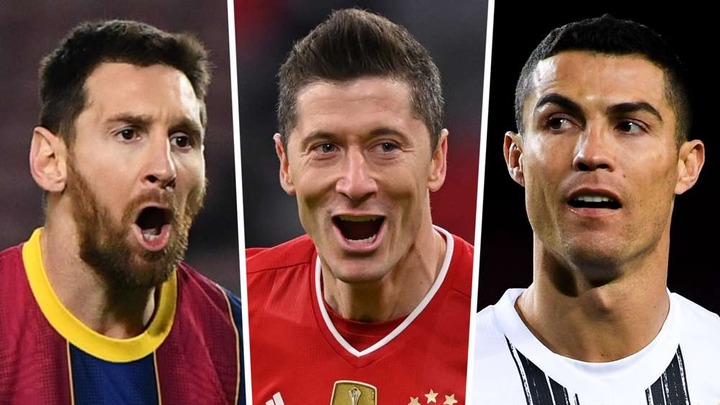 Cristiano Ronaldo and Lionel Messi are two footballers who have distinguished themselves with footballing excellence over more than a decade, breaking records upon records that there might not be any record left to break when they are done and have hanged up their boots.

Such is the level of their excepetionality that it has almost become a taboo to put any other player in their level, not to even talk of being better than them. You dare not! Well, Bayern CEO, Karl-Heinz Rummenigge has other ideas, as he has made bold to say that their man Robert Lewandowski is better than the mercurial duo.

Lewandowski has scored 41 league goals this season- breaking the Bundesliga record for most goals scored in a single season- with a further 5 goals in the champion league, and Rummenigge is convinced that with all these stats, the Poland international is better than Ronaldo and Messi currently.

Speaking to the media, he said, "He got the FIFA award for the best player in the world, so for me the case is clear. OK, great talents have emerged in world football, such as Kylian Mbappe. Nevertheless, Robert Lewandowski is currently the best footballer in the world. In my opinion, he is currently better than Cristiano Ronaldo and Lionel Messi."

Well, we can't argue that Lewandowski has shown high consistency in goals over recent years and even this season he has more league goals than Ronaldo and Messi, same as last season, but does that make him currently better than these duo? I will leave that for you to be the Judge.