Opinion: Possible Starting 11 for manchester united next season With these transfers

By JessicaBanes (self media writer) | 11 months ago

United would want to get back to winning ways due to their recent performances it's safe to say united are far from perfection.

Today we look at the possible way united can line up next season if ole really wants to change the winning mentality at Manchester United.

Building a team is never easy, it takes time but time is against Ole it's been two seasons and the manager has failed to win a single trophy. 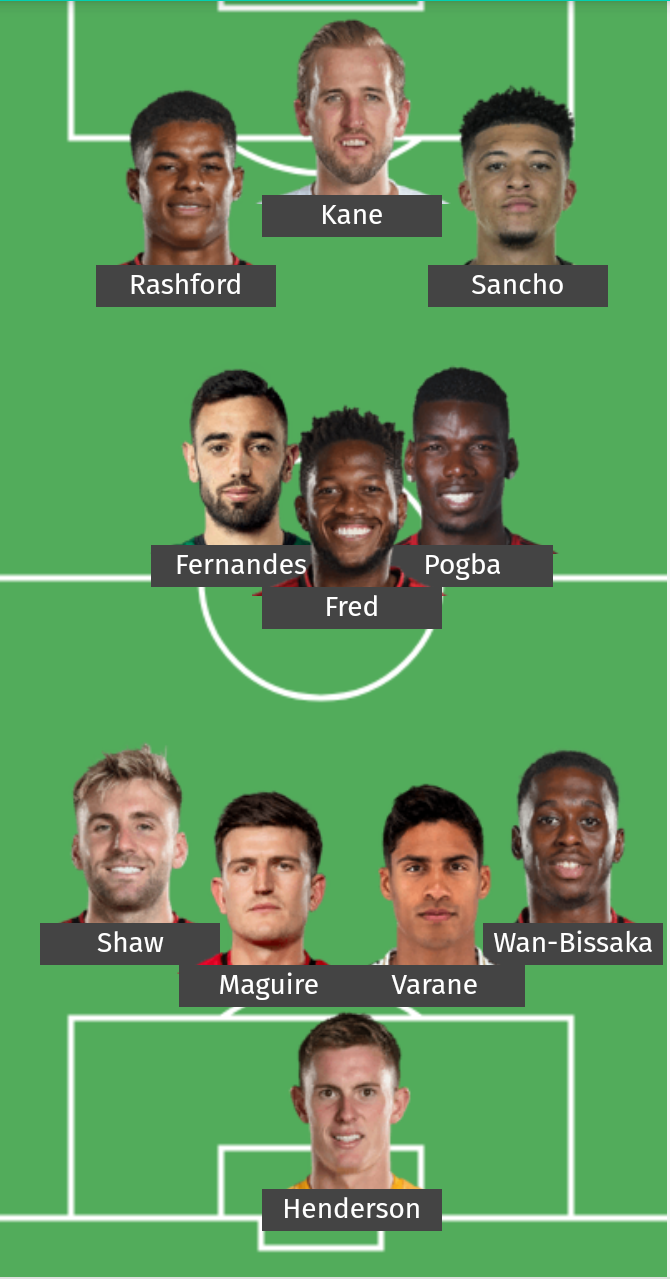 United are currently in pursuit of the defender and ole should do all it takes to bring him to old Trafford.

Varane is the perfect partner for Maguire. Bailly is injury prone and can't be relied on while linderlof is a walking disaster.

The wing section in United needs more creativity, James started life at United in style but was not able to keep the performances for long.

After the first few weeks Daniel James was never able to break into the first team which resulted in Greenwood been favourite of the coach.

Harry Kane is currently the best striker in English football, the England international has been ontop of his game for many years now without showing any signs of going down.

United major problem last season was their inability to score goals. Martial was a disaster last season, united had to rely on Cavani Brillance to get them through but even that was not enough to win a trophy.

United need a long term solution and that happens to be Harry Kane. The player is a natural scorer and has an excellent positioning added to his scoring ability.

Content created and supplied by: JessicaBanes (via Opera News )