By Dwanemw (self media writer) | 24 days ago 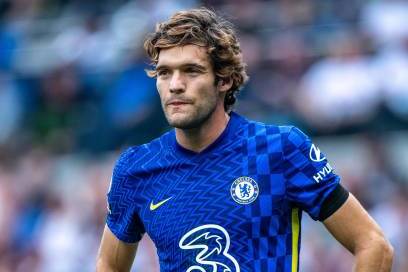 Chelsea midfielder Marcos Alonso believes that taking the knee as an anti-racism gesture is "losing a little of strength," while admitting that "I like to put my finger to the badge."

Since the start of the 2019-20 season in June last year, players and staff in the Premier League have begun kneeling before matches, initially as a show of support with the Black Lives Matter movement.

The gesture has been repeated in an attempt to combat racism in sports, but Alonso believes he has discovered a more effective way to demonstrate that he is "against all forms of discrimination." 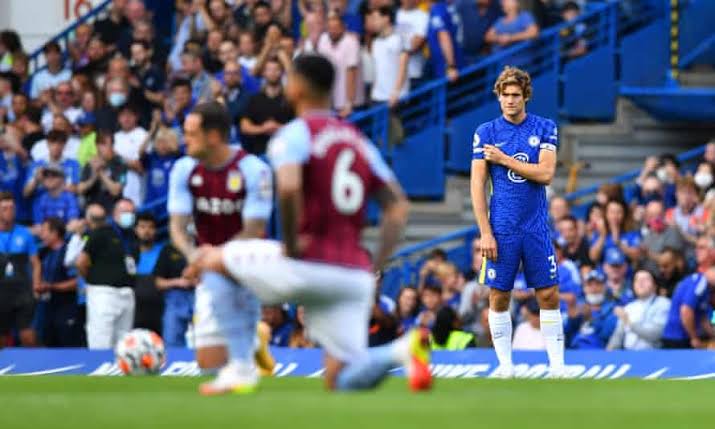 What has been stated so far?

Alonso told reporters following Chelsea's 3-0 win over Tottenham on Sunday: "I am completely opposed to racism and all forms of discrimination, and I prefer to put my finger on the 'no to racism' badge, as they do in certain other sports and football in other countries.

"I'm not sure; I just prefer it this way. It's how I do it; I believe there is another way.

"And I'm afraid I'd lose a little strength doing it the other way, so I'd rather do it this way and show I'm totally supportive of the battle against racism."

"No, we haven't talked about it," the 30-year-old said when asked if he had addressed his choice with the rest of the Blues club.

"For the time being, I'd rather point to the sleeve, and that's what I'll do."

Who else has decided to stop bending the knee?

Wilfred Zaha of Crystal Palace was the first player to criticize the kneeling motion, calling it "degrading" before discontinuing participation in the pre-match gesture in March.

There was also a lot of controversy surrounding the matter at Euro 2020, as some fans booed everytime the players took a knee at Wembley, mistaking the action for having political undertones.

England manager Gareth Southgate, on the other hand, has promised that his players will "continue to interact with the public on matters such as equality, inclusivity, and racial injustice," and has reaffirmed his position after hearing his team booed by Hungary fans before their World Cup qualifying match earlier this month.

Men, Here Are 6 Things You Should Say To Your Partner Instead Of “I Love You"

14 Ways Introverts Can Have A Successful Relationship