Real Madrid Legends Are Working Towards The Success Of The Team 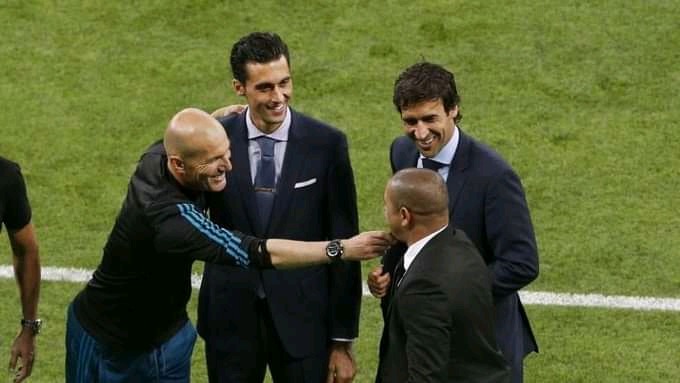 • The return of Iker Casillas to Real Madrid confirms the club's tendency in recent years to be close to players who played an important role in the club's history.

• This is a similar policy to that used by Bayern Munich in Germany, for example where there are many former players near the stadium, in administration offices or in law firms such as Beckenbauer and Rummenigge.

• Zidane is one of those who came back to the club first as advisor to the president, then as assistant to Mourinho and then Carlo Ancelotti.

• He even went through a career with the young people of Castilla and entered the history of the first team, but Raúl also came back, who after a few months with Jose Angel Sánchez to study the institution's work is now on the bench coach, coaching Castilla although he is now with Real Madrid B.

• The Ronaldo phenomenon is one of the galactics who was once a Florentino Pérez advisor and a Real Madrid ambassador, although he currently directs his own experience as president of Real Valladolid.

• Roberto Carlos, who took on various roles in the club, then returned from a Castilla assistant to an assistant currently on Real Madrid TV's YouTube channel.

• The other football player Madrid wanted to be close to is Xabi Alonso, so the Basque started his adventure on the bench in the minimal classes, but this season he decided to go back to Real Sociedad, and there to Beckham who has been an ambassador for a while but for now the Englishman continues his adventure in America with Inter Miami.

• Finally, there is the case of Alvaro Arbeloa, who is currently on Real Madrid television, but he also acts as club ambassador at important events in Spain and around the world