📊Manchester United are unbeaten in their last 11 Premier League home games against West Ham (W9 D2), since a 0-1 loss in May 2007.

📊West Ham have won two of their last three Premier League games against Manchester United (L1), more than they had in their previous 19 against them (D5 L13).

📊West Ham are looking to complete their first league double over Manchester United since 2006-07, following their 2-0 win at the London Stadium in September. 📊West Ham have won their final away game in each of the last three Premier League seasons, this following a run of eight successive such defeats in the competition.

📊Ole Gunnar Solskjær’s Manchester United side are unbeaten in their last 12 Premier League games (W8 D4), equalling the Norwegian’s best ever run in the competition with the Red Devils (12 – December 2018–March 2019). In fact, only José Mourinho has been on a longer run as Man Utd manager since Sir Alex Ferguson left in 2013 (25 games).

📊This will be only David Moyes’ second away Premier League match at Old Trafford since leaving the club in April 2014, losing 3-1 with Sunderland in December 2016. The last former Man Utd manager to win away at Old Trafford in a top-flight match was Dave Sexton in March 1982 with Coventry City.

📊Both Anthony Martial (11) and Marcus Rashford (12) have reached double figures in the Premier League for Manchester United at Old Trafford this season, only the third time more than one player has done so for the club in a season; it also happened in 2007-08 (Tevez and Ronaldo) and 1999-00 (Solskjaer, Yorke, Cole). 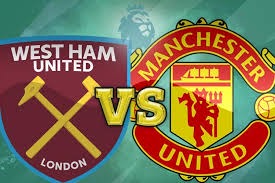 📊Of Manchester United's 97 shots in Premier League since the restart, 39% have been taken (22) or created (16) by Bruno Fernandes.

📊David de Gea needs one more clean sheet to surpass Peter Schmeichel’s 112 Premier League shutouts for Manchester United; should he do so, he will have the most clean sheets of any goalkeeper for the club in the competition.