There is no doubt that Nigeria National Team were Victorious at the AFCON tournament in 1980, but the set of the Eagles then, weren't the best that people cherished, even though the Players were awesome together as a Team. 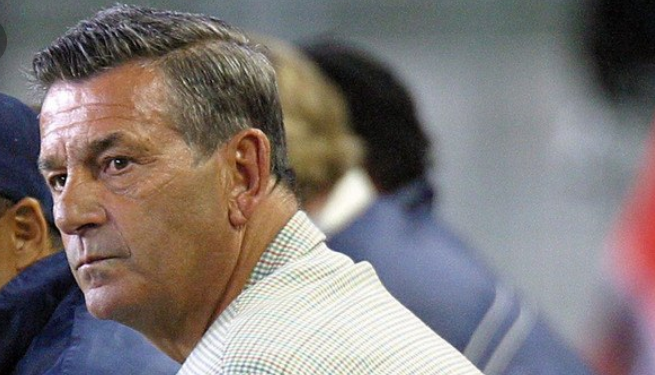 The Emergence of Clemence Westerhof was arguably the game changer for the Football Phase, that symbolises Nigeria as the African Power House of great talents, that could shake and hold the World to Ransome as far as the round leather game was concerned. Clemence Westerhof's philosophy of building a new and well grounded National Team for Nigeria, was successful in the long run after experiencing some hitches between 1989 and 1993. Westerhof stood for discipline, hard work and Team Work which became the trademark of the Super Eagles, after the injection of his projected plans. 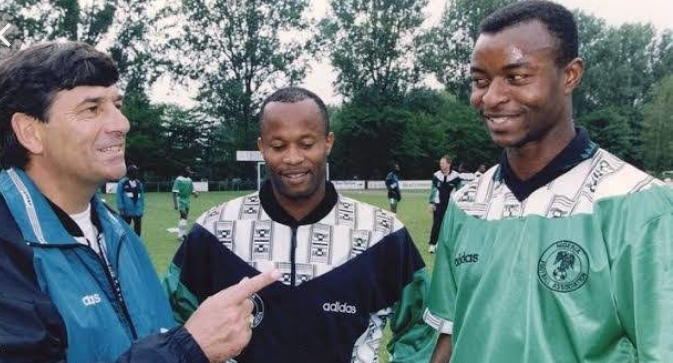 There was a general belief and faith on Clemence Westerhof, even when Nigeria failed to qualify for the Italia '90 FIFA World Cup, a ticket taken by the Cameroonians. At first, there was a belief in a man, whose Dutch background was convincing for a better result that many relied on probably because of the low level of corruption then. Second, the Dutch Coach sourced for more Players to execute his tactical plans towards Team building. To give his project a futuristic standing, Westerhof worked on the Psychology of his Players, he made them believe they are the best. There was a full package in a project that was meant to last long. 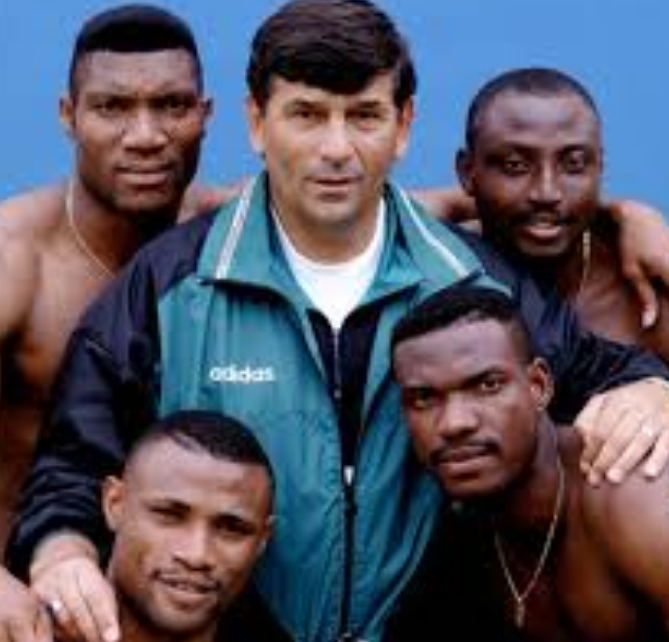 Losing the FIFA World Cup ticket on the Final day of qualifier to Cameroon en route Italia '90 was well averted in the campaign for the USA '94 qualifiers, which signified a new Era for the face of Nigeria's Football after Westerhof's grounded Team lifted the AFCON title in Tunisia '94. The ticket to Nigeria's first World Cup was claimed by a Team of vibrant Eagles whose focus was mainly set on the Team and National GLORY away from Personal Accolades or Monetary gain, as we have it now, a Psychological mentality he embedded on his Players.

Although, the Dutch man already built a formidable team that was going to win the AFCON in Tunisia '94 ,but only Goal's diffence secured Nigeria's first ticket to the World Cup, at the expense of the Ivory Coast's National Team. The year 1994 was glorious for the Eagles, as the African Champions filled with average Players turned Mega Stars, on the bill of belief and determination which earned them lucrative deals abroad and also reshaped African Football standard to the World. 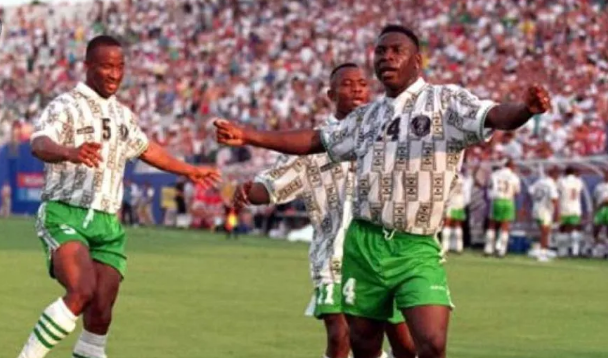 Westerhof's tactical influence over the team, gave him the privilege to hold the then Nigeria Football Association to the state of awarding him time and fund, in the pursuit of a WELL documented project which also put the Eagles at number 5 on the FIFA World Ranking at some point. His Blue Print produced Continental Awards to Nigerian Players under his watch. It was such a Golden period for Nigeria's Football terrain because after 3 years in charge, Nigeria already had a Team that could take on the World, courtesy a Dutch who Sourced and transform Players, for his Project that had some future implications on the Eagles. Westerhof's breed took over the scene for many years and are still missed till date. One thing was convincing, the pattern, style and team play installed by Westerhof were better than what Otto Gloria brought. 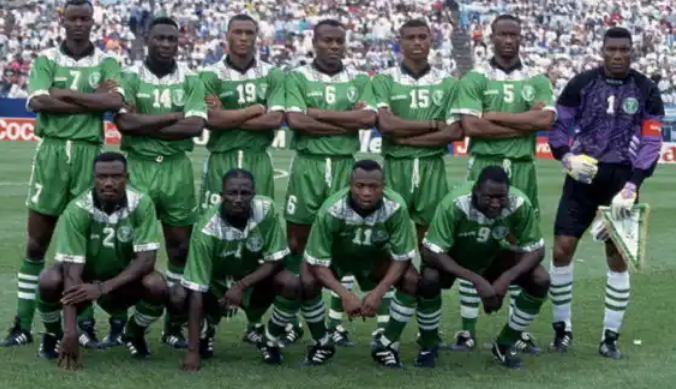 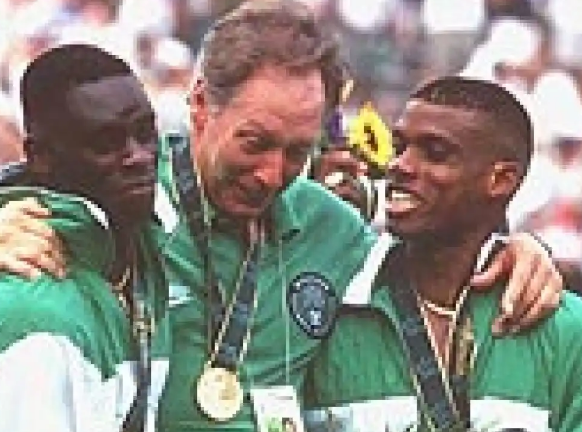 He truly came to build a structure that even secured the 1996 Atlanta Olympics Gold Medal for Nigeria, based on his influence on Assistant Bonfere Johannes, who took ''Westerhof Produced Breed" to Victory at the Olympics in Atlanta. After leaving the scene in 1994, shortly after the FIFA World Cup, Nigeria's Super Eagles became a BRAND. We still talk about how Okocha's position in the Eagles is still vacant, how Nigeria is yet to replace Rashidi Yekini on the Goal's number, and how Players under his watch then are now Fine Managers and Football Administrators. 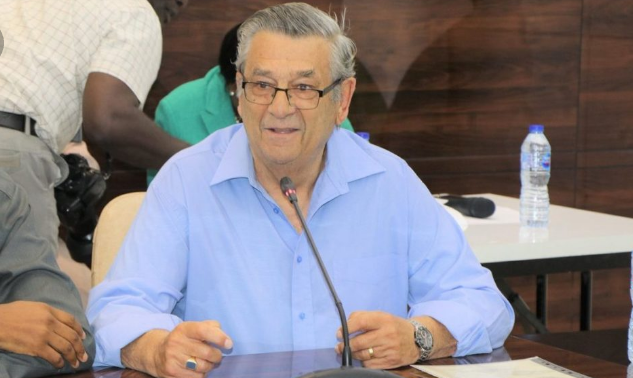 The Dutch Coach only won the AFCON for Nigeria, but his Blue Print for Nigerian Football is still breathing based on his works, Which had Mental and Physical input Balance on the African continent at large. After 1994, Coaches have only come with short term plans for tournaments and Players, a style that could be categorised as 'Use and Dump'. The Dutch Coach is 81 in may, 2021 and Nigerians still fancy his works, because it put Nigeria's Football on the World map. Nigeria's Players will bring back patriotism, the love Nigerians used to get from the game in previous years, if only Nigeria have a Coach with Westerhof's mentality around, and it will reflect on The Players again with Awards and accolades to show.

Which other Eagles' Coach influenced Players like Westerhof and when last did Nigeria have an African Footballer Of the year Award Winner in the Super Eagles Team? Nigeria surely need a Coach like Clemence Westerhof. Follow for more stories