By Truefootball (self media writer) | 11 days ago 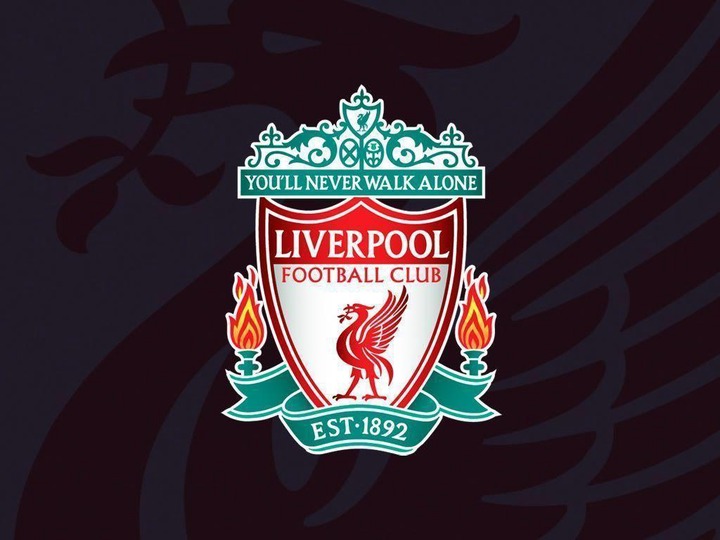 Without much doubts, Liverpool football club will most definitely remain keen on further strengthening their current squad under the management of Jurgen Klopp.

And as a result of their poor run of form, Liverpool football club are very much aware of the need to sign some new players in order to further improve their current squad. 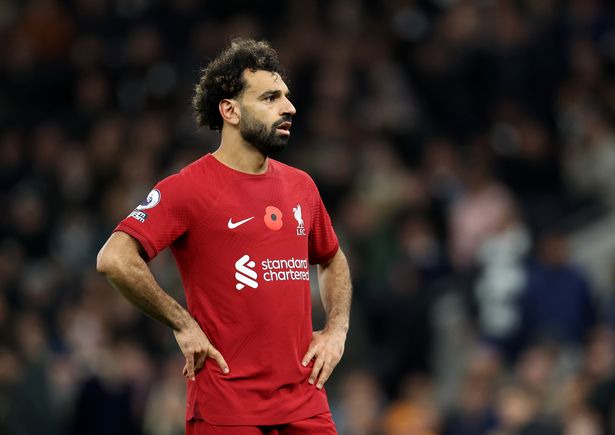 That said, Liverpool football club are prioritising an improvement in attacking options and have been linked with a move for experienced Juventus forward Federico Chiesa.

The 25-year-old Italy International, who signed up for Juventus on a permanent deal in 2022 has been an important member of the first-team squad over the previous seasons.

The experienced right-winger has been quite involved for Juventus so far this 2022/2023 football season, having scored one goal and provided two assists in eight appearances in all competitions.

His excellent performances on the wings is believed to have caught the attention of Liverpool and according to reports from The Sun, the Reds are keen on signing him. 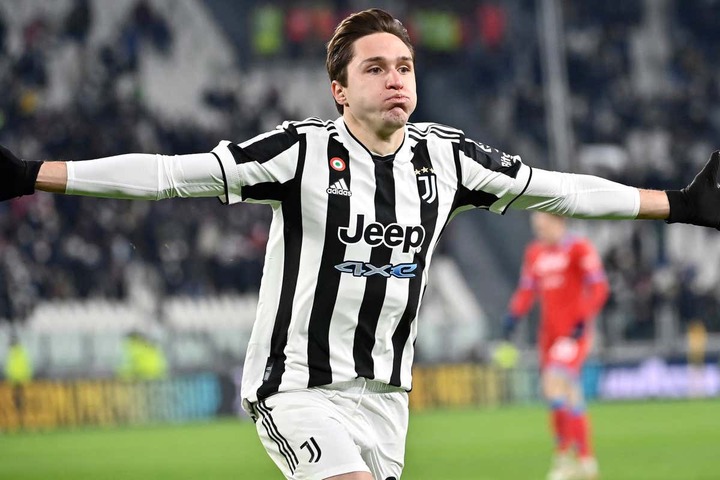 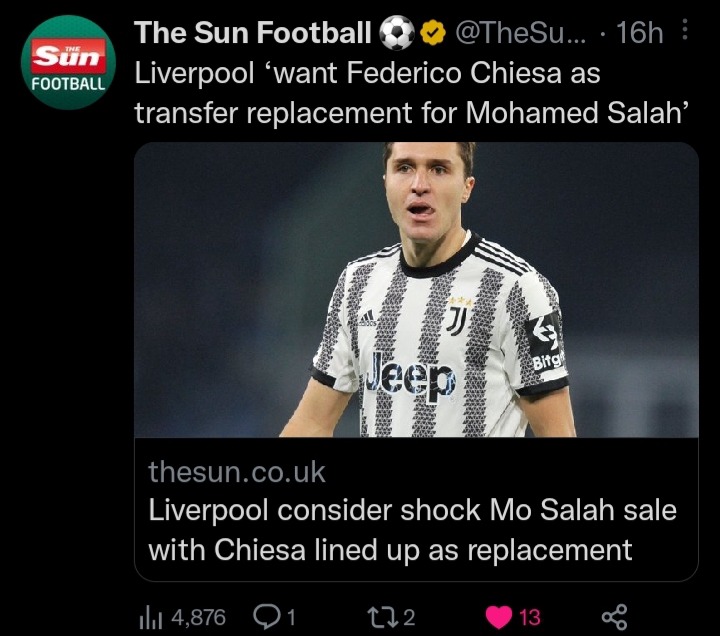 The reports further claimed that Liverpool football club are really interested in Federico Chiesa and have now added the experienced winger to their transfer shortlist.

It is believed that Liverpool manager Jurgen Klopp is already on the lookout for an ideal replacement for Mohamed Salah and he has now identified Federico Chiesa as a needed addition to his squad.

But then, it remains to be seen if Liverpool football club will be able to reach an agreement with Juventus and secure the signing of Federico Chiesa now or in the summer.

Content created and supplied by: Truefootball (via Opera News )