Both Victor Osimhen and Tammy Abraham were on target for their respective club sides on the European stage on Thursday night. Tammy Abraham rounded up the scoring for AS Roma in their UEFA Conference League meeting with FK Zorya Luhansk, while Osimhen came off the bench to score a consolation for Napoli in their home defeat to Victor Moses team Spartak Moscow.

Both players have now continued their outstanding start to the new campaign that has seen them bag the goals for their respective Italian teams. 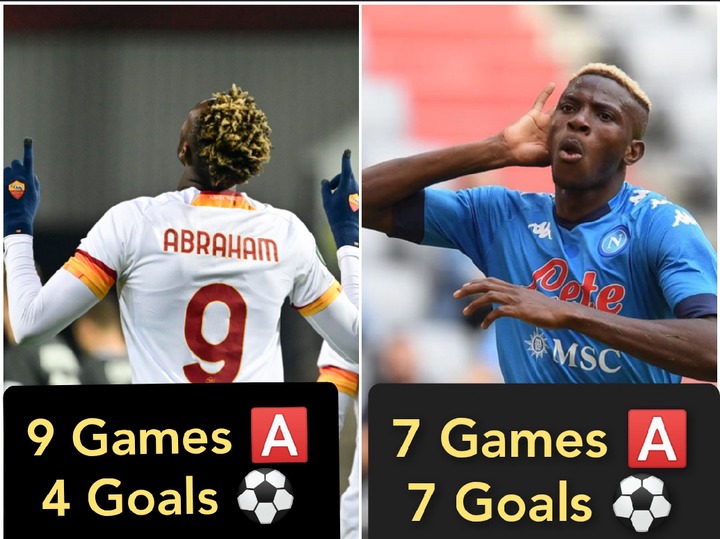 Osimhen and Abraham have always been compared by football supporters especially Nigerian fans because both players share a Nigerian heritage, and they could have been Super Eagles teammates if only the former Chelsea striker had opted to represent his fatherland. 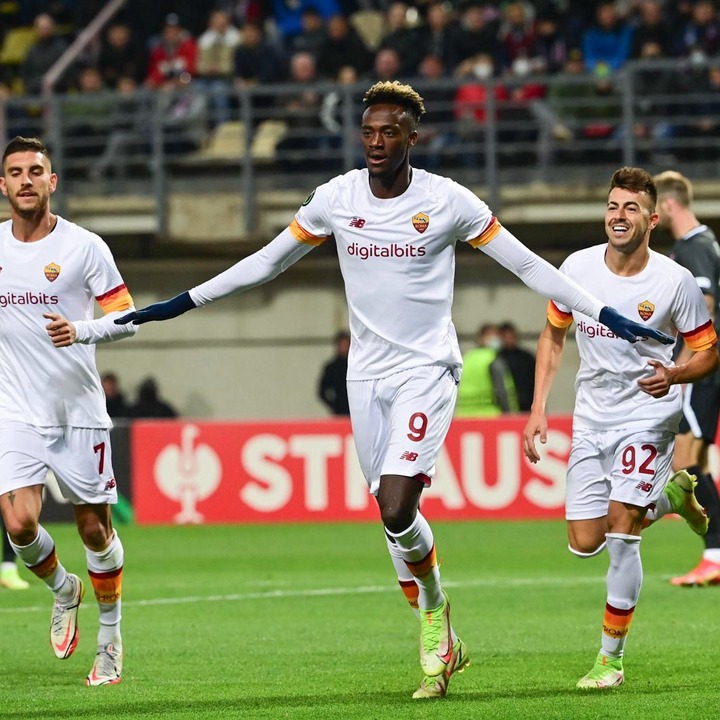 Sadly for Abraham, he has not really enjoyed the smooth ride he expected with his choice of the England national team over Nigeria. His fall from grace at Chelsea saw him lose his place in the Three Lions squad, which brings questions about his decision because he would have been given a steady role in the Super Eagles squad.

However, the red hot form of the strikers in the Nigerian national team have compensated for the loss of Abraham to England. 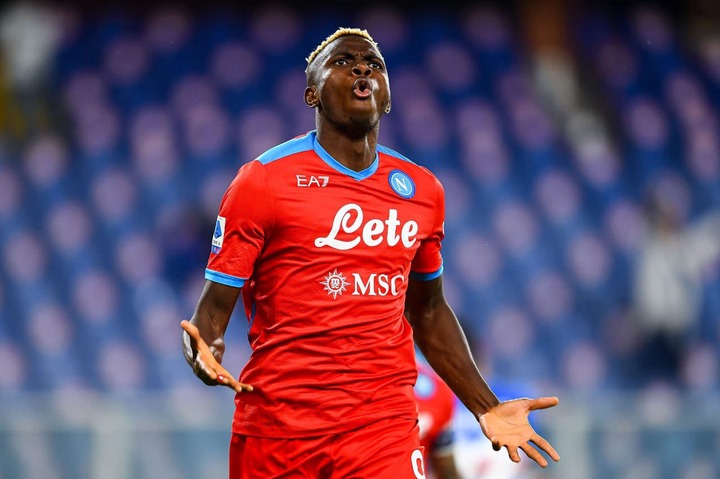 Gernot Rohr has a plethora of in-form Super Eagles strikers to call upon, who are all firing for their club sides in different European top leagues. From Victor Osimhen to Kelechi Iheanacho (Leicester City) Paul Onuachu (KRC Genk), Terem Moffi (Lorient) and Taiwo Awoniyi (Union Berlin), just to name a few.

Osimhen is the one who picked up the mantle from Odion Ighalo (retired from international football) as the main striker for the Super Eagles and he has been proving why he deserves the role over every other person (including Tammy Abraham). 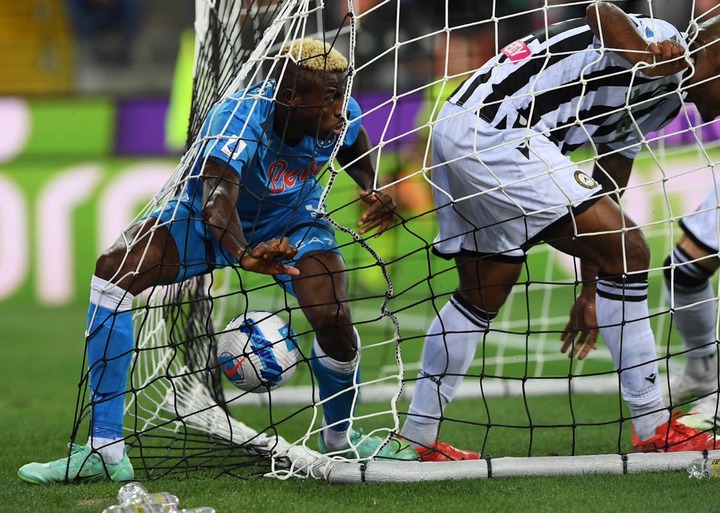 The Lagos born striker has been delivering for Nigeria with 6 goals in 10 caps to his name. His big money move from Lille to Napoli last season did not really get off to a good start with just 10 goals throughout his debut season, however he is compensating for that with his blistering form in front of goal this term. 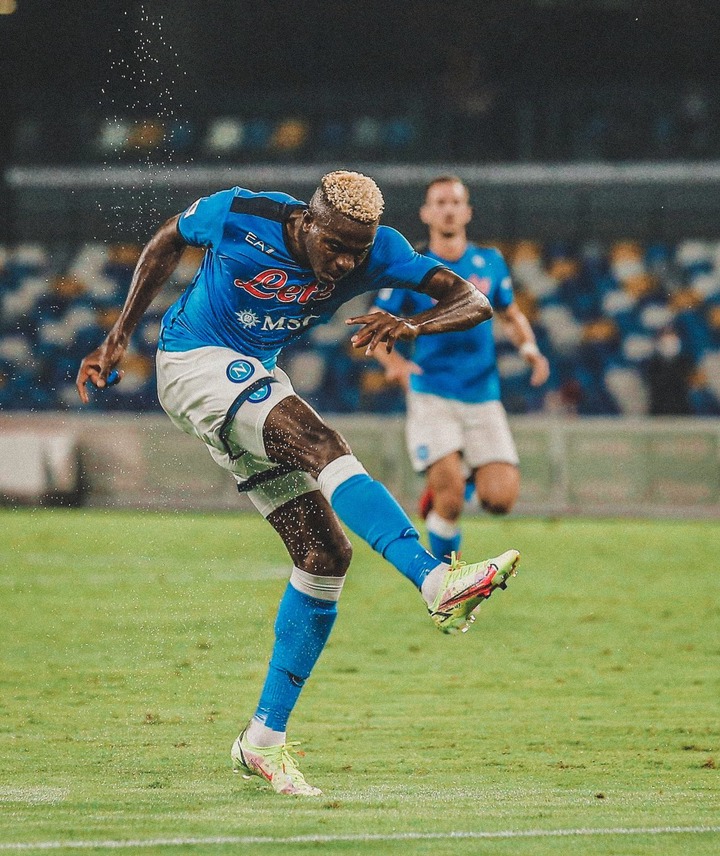 So far this season, Osimhen has 8 goal contributions (7 goals and an assist) in his first 7 games for Napoli in the Italian league and Europa League combined. Tammy Abraham on the other hand has not been doing badly either with 4 goals scored in his first nine matches for Jose Mourinho's side, which is inferior to Osimhen's stats. 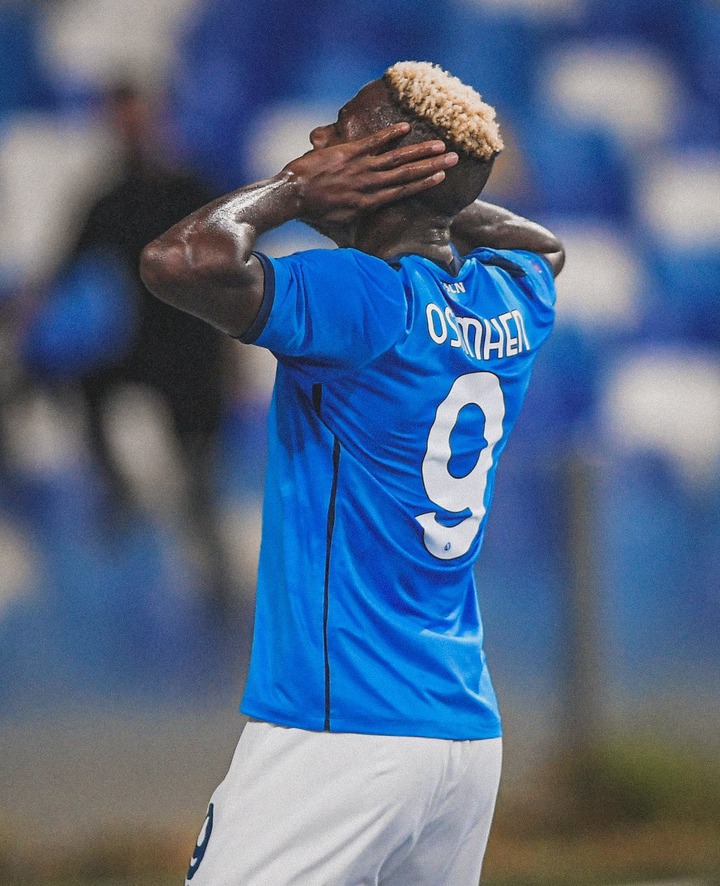 Osimhen is proving that he is clearly the better striker between the two of them. Many may argue that they have similar styles of play but Osimhen is faster, stronger, more aggressive and lethal in finishing. He is a player who can take matters into his own hands and win a game for his side in difficult situations; Tammy Abraham does not cannot do this. 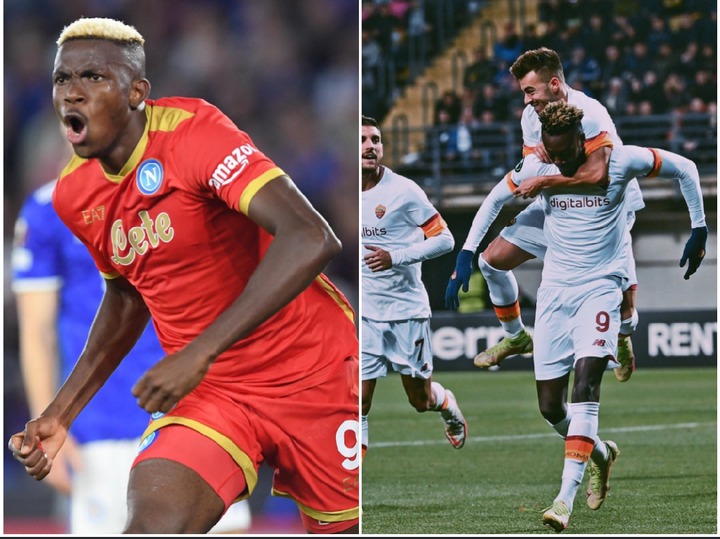 There is no doubt that Tammy is a fantastic striker but Osimhen is the better all-round player and will flourish more on the big stage. It will be an interesting battle between these two when AS Roma and Napoli clash in the Italian Serie A, we might finally get to see these two young strikers face off to prove who is the better striker between them. 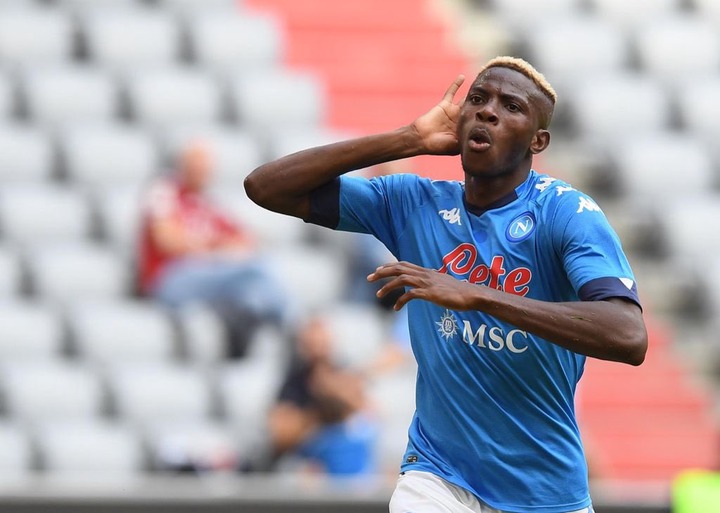 Do you also agree that Victor Osimhen is a better striker than Tammy Abraham?