A great loss that we cannot replace 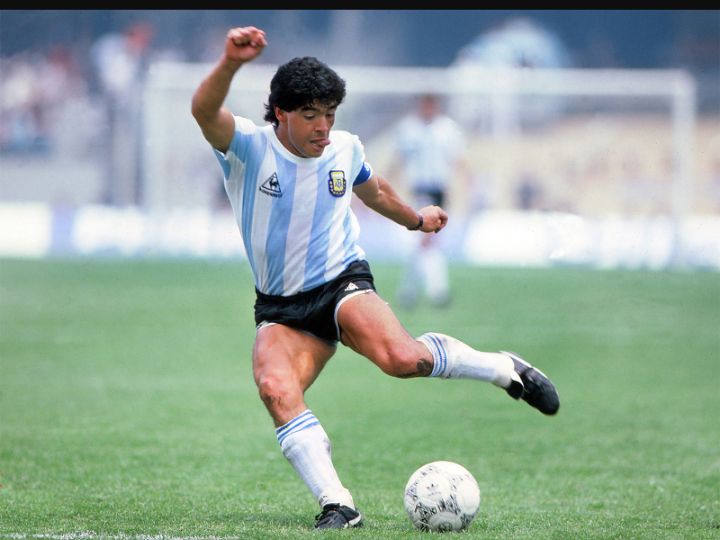 we are grieved this day with the loss of our great icon, one of the best players of his time.

Argentinian football legend, 60, suffered a heart attack at home on Wednesday just two weeks after he was released from hospital following surgery for a bleed on his brain.

Maradona won the World Cup with Argentina in 1986, having knocked England out in the quarter final with the infamous 'Hand of God' goal and another - later voted 'Goal of the Century.'

Renowned for his breathtaking playing ability, Maradona's wild life off the pitch was equally notorious; running around with the mafia in Naples, serial womanising and a lethal dependency on alcohol and cocaine.

On Wednesday morning, Maradona had come down for breakfast looking pale and complained that he felt cold.

'Me siento mal,' he told his nephew before returning to bed in the Buenos Aires mansion.

Shortly before noon a nurse discovered Maradona and phoned for help but he was dead before paramedics could arrive.

Three days of mourning have been declared by the Argentinian president Alberto Fernandez.

'You took us to the top of the world. You made us immensely happy. You were the greatest of all,' the leader tweeted. 'Thanks for having existed, Diego. We will miss you for a lifetime. Maradona is survived by five children, including his daughters Dalma, 33, and Ganina, 31, by his first and only wife Claudia Villafane, 58, to whom he was married from 1984 to 2004.

He had his youngest son Diego Fernando with his long-term girlfriend Veronica Ojeda in 2013; while he only acknowledged Diego Junior, 34, and daughter Jana, 23, in the last five years, both born after short flings.

The footballer's family have yet to make any formal comment.

The last hours of the former Naples and Barcelona star's short short life were played out in Argentinian media on Wednesday night as an autopsy expected to show he had died from a massive heart attack got underway.

Paramedics made an unsuccessful attempt to revive him after they arrived at the rented house in the gated residential estate of San Andres north of Buenos Aires he had moved to after leaving hospital following his operation on November 11.

Prosecution chief John Broyad, speaking outside San Andres as the retired footballer's body was taken to a nearby morgue for an autopsy, said: 'Diego Armando Maradona died around 12pm local time. The forensic police began their work at 4pm.

Content created and supplied by: Godman2020 (via Opera News )