By Fashtab (self media writer) | 1 year ago 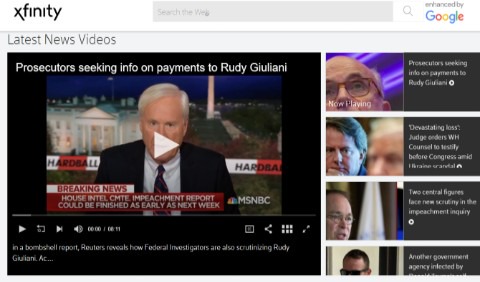 This is a world where money seems to have such control over journalistic integrity. Are there no unbiased news sources you can turn to anymore? The short answer is an emphatic yes.

When it comes to “censorship,” news is censored either by the overreach of government entities or by a corporate stranglehold on the editorial processes of news organizations.

What Is Unbiased News?

Unbiased news is a news story presented factually, without any spin toward a political stance or to benefit the owners of the news outlet. In that, news carrying a bias usually comes with the opposite; constantly positive news from a state news organization or policies financed through the state leadership themselves.

There is no better example of this than the Xinhua News Agency, the mouthpiece of the Peoples Republic of China. Or, the Telegraph Agency of the Soviet Union (TASS), the news agency owned by the Russian government. However, the US and other Western countries are not innocent. In the US and the UK, those controlling the journalists’ pens are corporate leaders rather than government leaders.

In the US, five corporate media giants control most of the US media market:Comcast, The Walt Disney Company, AT&T, Viacom, and Fox Corporation. The merging of media companies in multi-billion-dollar deals has concentrated ownership of media outlets into an ever-decreasing number of conglomerates.

It would be naive of anyone to believe that the people writing the paychecks for those reporting the news don’t hold some sway over what news gets reported, and how it gets reported.

You can see the effect of media concentration during the run-up to every US Presidential election. Media corporate owners contribute significant campaign contributions to their favored candidates.

On the other hand, they publish news stories with a positive spin for their own favored candidate. CNN, Fox News, MSNBC, The New Yorker, and The Blaze are just a few examples. Not only that, but we live in a time where media and tech conglomerate owners are running for office, blurring the lines between politics, media, and news.

So, are there are any unbiased news sources? The Associated Press was founded in 1846. The renowned global news organization has 53 Pulitzer Prizes under its belt. It is and has always been the epitome of clear and unbiased news journalism and reporting. It is actually where most journalists seek out their own news stories to report on.

John Daniszewski, for the AP, wrote a piece about fake news on social media titled “Getting the facts right.” He cited a memo sent out to AP staff by Social Media Editor Eric Carvin where Eric wrote:

“The language we use: Whenever possible, we want to emphasize specifics rather than generalizations or labels. Let’s say what we know to be true and what is false, based on our reporting.”

This is the very definition of unbiased news.

The AP doesn’t paint rainbows for one side on any story while drawing storm clouds for the other. The language used in each report is neutral, and the focus is only on reporting the news.

Independent media bias checkers consistently place The Associated Press firmly in the center of the news, with some extremely borderline leanings toward the left-center. Check out the AllSides report for more information, or the Media Bias Fact Check for an alternative.

The AP also made it onto our list of most trusted news websites. Wall Street Journal is well known for reporting the news as it is. It serves a healthy dose of reality from both sides of the political spectrum.

It isn’t likely you’ll see a Wall Street Journal White House correspondent trading blows with the President in the Press Room. The reason for this isn’t because WSJ loves our current president. It’s because you won’t often find antagonistic stories on the front page that are lambasting either side.

They explain what’s happening, who’s doing it, and why, without excessive editorializing or using emotion-ridden writing.

WSJ journalists tell it like it is, without letting their own biases (or the biases of the corporate ownership) filter down into the story.

This isn’t an easy thing to accomplish with any news organization.

AllSides confirms that the Wall Street Journal presents unbiased news coverage, with a slight lean to the right-center at times. Furthermore, the 2014 Pew Research Center Study on Where News Audiences Fit on the Political Spectrum found that the WSJ has almost equal coverage across the political spectrum.

Contrast with Fox News and CNN The political bias extends from the media, too. Other sites that lack journalistic integrity are usually overtly nationalistic (overly pro-American—posting negative news headlines specifically attacking other countries, glossing over or glorifying negative national issues), or blatantly anti-American (attacking American foreign policy without contrasting with positives, deriding US healthcare with little nuance, gun policies, and so on). If you become a reader of the Wall Street Journal, you’ll find yourself more often better-informed and less often offended or annoyed by the journalist’s choice of words. Reuters is a well-respected unbiased news outlet with a strong focus on clean, accurate reporting. News events on this site are written with some of the most straightforward reporting seen anywhere.

World stories on controversial hot-topics like the Israeli-Palestinian conflict, Brexit, or various government elections, don’t appear to take one side or another. Headlines cover insights from every end of the spectrum.

This is especially refreshing at a time when this kind of journalistic, unbiased news reporting is so rare.

If you want to bookmark only one news website, you should bookmark this one. You will get a fair and balanced perspective on all important matters in the world today. The BBC is the world’s oldest national broadcasting service and one of the largest news services in the world. If you want to know what’s going on in the world, the BBC is the place to go. There is a good chance you will find better information than the same stories at a US news site.

It may seem ironic that US news organizations appear far more censored and filled with pro-government propaganda than British news organizations. These days, US foreign policy includes so much government cooperation with corporate US news media. So, the only alternative for Americans (or anyone for that matter), is to turn to foreign news sources for the whole story.

Maybe (hopefully) this will change for the better. But for now, the BBC is an excellent source of unbiased news.

In recent years, the BBC has been accused of taking a left-leaning stance on news reporting. While AllSidesreports that the BBC is unbiased, the Media Bias Fact Check site agrees that the BBC has a story selection that “slightly favors the left.”

The BBC is undoubtedly far from perfect—name me a news outlet that is—and there is a lot of very valid criticism of the BBC. But if both the right and left bemoan its reporting in equal parts, surely that means it is somewhere toward the middle.

Other Unbiased News Sources Worth Mentioning

There are a few additional news organizations in the world that deserve mention. They didn’t make the first list because, at times, bias might appear in their reporting. C-Span and Pew Research aren’t specifically news organizations. However, both deserve mention as fantastic factual resources you can use to delve further into and learn the truth behind many of today’s news stories.

Google News is sometimes pointed at as a source of unbiased news because it presents users with a list of articles from both sides of the political spectrum. However, multiple studies have shown that the curated articles found on Google News have a bias towards sites from the left of the spectrum.

Take this chart, for example. The AllSides media bias check site analyzed the media bias rating of Google News sites following the August 2019 mass-shootings in the US: The distinct lack of right-leaning sites found in those search terms perfectly illustrates the issue with Google News.

Despite what some readers think, the bias isn’t as bad you would expect. The Economist’s report on Google News bias found that the figures for left and right-leaning articles were closer than previously thought.

As the article states, “If Google favored liberals, left-wing sites would appear more often than our model predicted, and right-wing ones less.” The article concludes that Google News punishes right-leaning sites because of the trust issues surrounding content on those sites and that ultimately, Google News pushes viral articles that could make it more income through extra clicks.

Which, in turn, makes it a questionable source for your daily news.

What Is the Most Unbiased News Source?

That is a difficult question. Is there a “most” unbiased news source? US media polarization is at one of its most extreme points ever, with the right and left consuming news from essentially different spheres of information. A Pew Research report indicates that partisan media polarization has grown considerably throughout the past five years, with Republican trust in mainstream news sources heading in one negative direction. One issue is that anyone who disagrees with a news story believes it carries a bias. Readers on the right hate CNN, MSNBC, The Guardian, and so on. Those on the left hate Fox News, The Blaze, The Daily Mail, and so on. Everyone in the middle hates them all. Is there a way to call any news organization unbiased, when bias itself is subjective to the reader?

Every journalist is aware of the nine principles of journalism. The first says that a journalist’s first obligation is to the truth.

“This ‘journalistic truth’ is a process that begins with the professional discipline of assembling and verifying facts. Then journalists try to convey a fair and reliable account of their meaning, valid for now, subject to further investigation.”

The ability to set aside one’s own prejudices to be “neutral” is not a part of those principles. However, “the source of their credibility is still their accuracy, intellectual fairness, and ability to inform.” When journalists let personal biases hinder their objectivity, it puts the entire media organization at risk. Thankfully there are still enough media outlets left that uphold these principles.

Of course, it isn’t just the traditional media that carry bias. Social media sites present another issue. For instance, check out

Content created and supplied by: Fashtab (via Opera News )

Russian TASS Telegraph Agency of the Soviet Union US What