By chizzyman4ever (self media writer) | 2 years ago 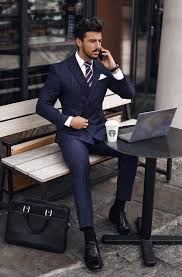 Recruiters have a front-row seat to the ever-changing mix of skills most prized by the business world. Understanding what those skills are early on can give you a leg up on the competition. And while the soft skills valued by companies tend to change gradually, the most sought-after hard skills evolve lickety-split, pushed largely by the relentless transformation of modern technology.

Let's consider a few of the sought after skills that guarantee landing you a job anywhere in the world. Cloud computing is the delivery of on-demand computing services -- from applications to storage and processing power -- typically over the internet and on a pay-as-you-go basis.

To understand how cloud computing works, it can be divided into front-end and backend.

The front end enables a user to access data stored in the cloud using an internet browser or a cloud computing software. However, the primary component of cloud computing – responsible for securely storing data and information – is the backend. It comprises servers, computers, databases, and central servers.

The central server facilitates operations by following a set of rules known as protocols. It uses a software, middleware, to ensure seamless connectivity between devices/computers linked via cloud computing. Artificial intelligence (AI) is wide-ranging branch of computer science concerned with building smart machines capable of performing tasks that typically require human intelligence. AI is an interdisciplinary science with multiple approaches, but advancements in machine learning and deep learning are creating a paradigm shift in virtually every sector of the tech industry.

How does it work?

This question is similar to the question how does a human brain “react” to any particular situation or incident (or matter of fact, how does it think)?

Its actually quite simple,

a. Artificial Intelligence is nothing but a program algorithm, it can be anything from finding the best hotel prices, booking tickets for anything, voice search and even image recognition or search.

b. That was the software part, coming to hardware, you will require an actual camera for image recognition, or a mic for voice search and yes… a processing system on which you can actually store the algorithm and run it, like a laptop or a PC or even a mobile phone.

c. So combining all this doesn't mean that you have an AI system up and running. You still have to TRAIN your system i.e. your algorithm has to run over and over again many number of times in order to get CORRECT results or to function properly.

d. The above step is what can be said as the crux of the whole AI system. Its called machine learning. A blockchain is, in the simplest of terms, a time-stamped series of immutable records of data that is managed by a cluster of computers not owned by any single entity. Each of these blocks of data (i.e. block) is secured and bound to each other using cryptographic principles (i.e. chain).

How does it work?

It works using the technology that underpins digital currency (Bitcoin, Litecoin, Ethereum, and the like). The tech allows digital information to be distributed, but not copied. ... The information is constantly reconciled into the database, which is stored in multiple locations and updated instantly.

It can also be used to create a permanent, public, transparent ledger system for compiling data on sales, tracking digital use and payments to content creators, such as wireless users or musicians.

One good thing about these sought after skills is that you can learn them for free on the internet.

Content created and supplied by: chizzyman4ever (via Opera News )