By Sourcementor (self meida writer) | 5 days 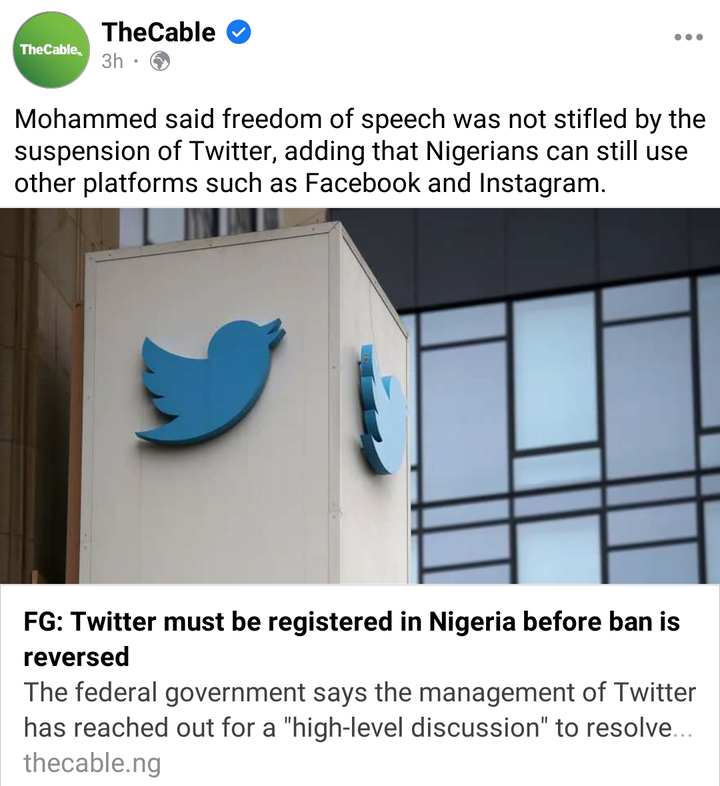 Federal government says the management of Twitter has reached out for a high level discussion to resolve the issue that led to the suspension of the micro blogging site in the country.

Minister of information and culture, Lai Muhammed, made the disclosure to state house correspondence after the meeting of the federal executive council on Wednesday.

The meeting, which held at the presidential villa, was presided over by President Muhammadu Buhari.

The minister said Twitter must be registered as a business entity in Nigeria, noting that it is one of the conditions that must be met before the suspension can be reversed. 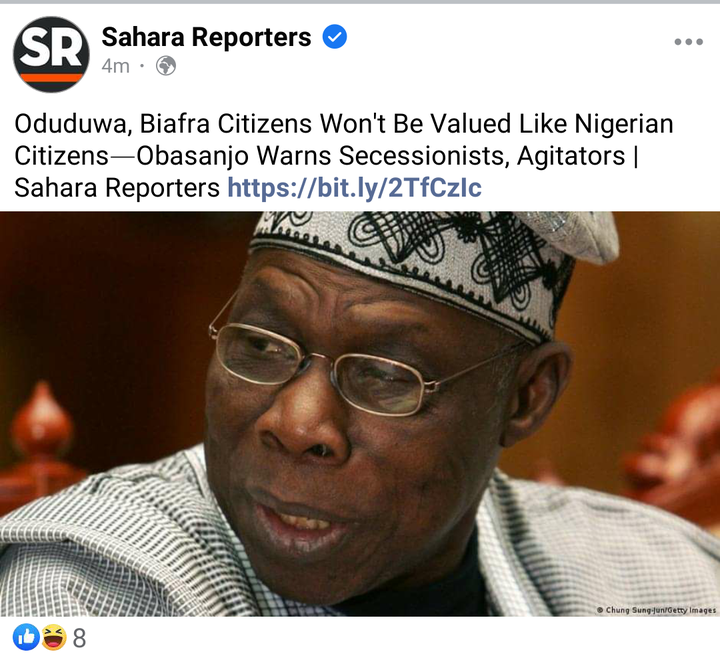 Erstwhile President Olusegun Obasanjo has called on all agitators for the breakup of the country to shelve the idea and work for the unity and oneness of the country.

He said it is better for Nigeria to remain as one indivisible country, rather than for each region to go its separate way.

He noted that the citizens of Oodua Republic or Biafra as being touted will be of less important than one Nigeria.

The former head of state made the call on Wednesday at his luncheon and investiture as a fellow of Nigeria Institute of Surveyors, organised by the body of fellow of the NIS, Ogun state chapter.

Speaking at the event, Obasanjo said though things in the country are not palatable, calling for Nigeria breakup is not the solution, adding that it is better to stay together as one entity. 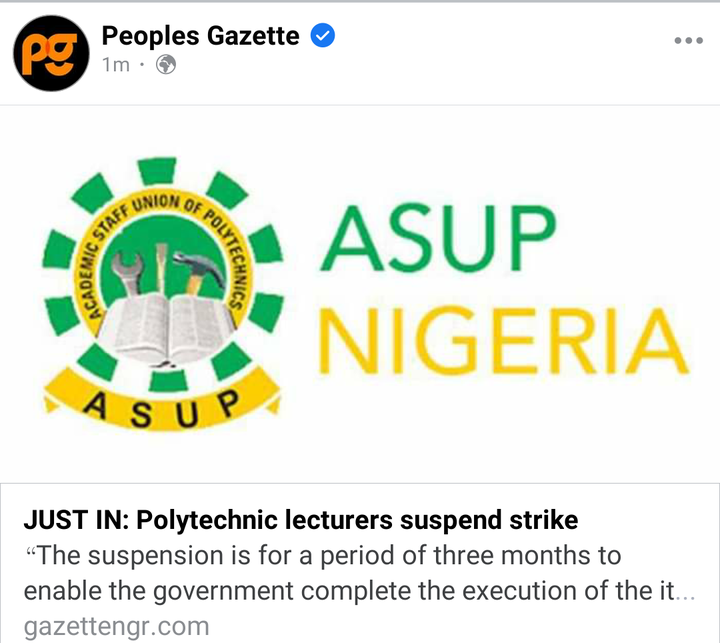 The academic staff union of polytechnic, ASUP on Wednesday, suspended its nine weeks strike for a period of three months.

ASUP President, Anderson Ezeibe said the reason for the strike was the federal government inability to uphold the agreement they signed in 2017 and 2018 respectively. 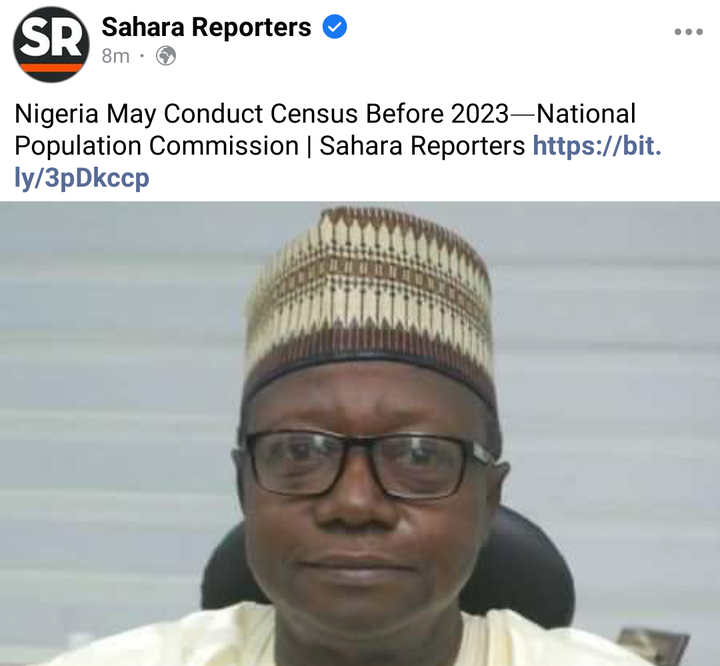 The National Population Commission has disclosed that it may conduct a population census before 2023, once it completes it process of consulting other stakeholders and administering questionnaire, noting that the exercise is subject to approval from Mr President.

The commission made the disclosure to newsmen on Wednesday during a press conference on the commencement of fieldwork of the testing stage for population and housing census.

Recalled that the last population census was conducted in Nigeria in 2006 and another ought to have been conducted in 2016.

The NPC chairman said the commission would soon suggest the exercise to President Muhammadu Buhari, once the entire process were completed.

"I'm ready to die in the hands of Kidnappers", says El-rufai's wife The wife of Kaduna state Governor, Hajiya Asia El-rufai, has said that she is ready to die in the hands of kidnappers if it will bring peace to Nigeria.

This was even as she added that nobody should pay a dime on her behalf if she's kidnapped.

She made the assertion in Kaduna on Wednesday while addressing participants of a peace and security training, organised for Kaduna women by Equal Access International.

She said Nigerians must get back to their once-peaceful country and women have a great role to play in achieving that. 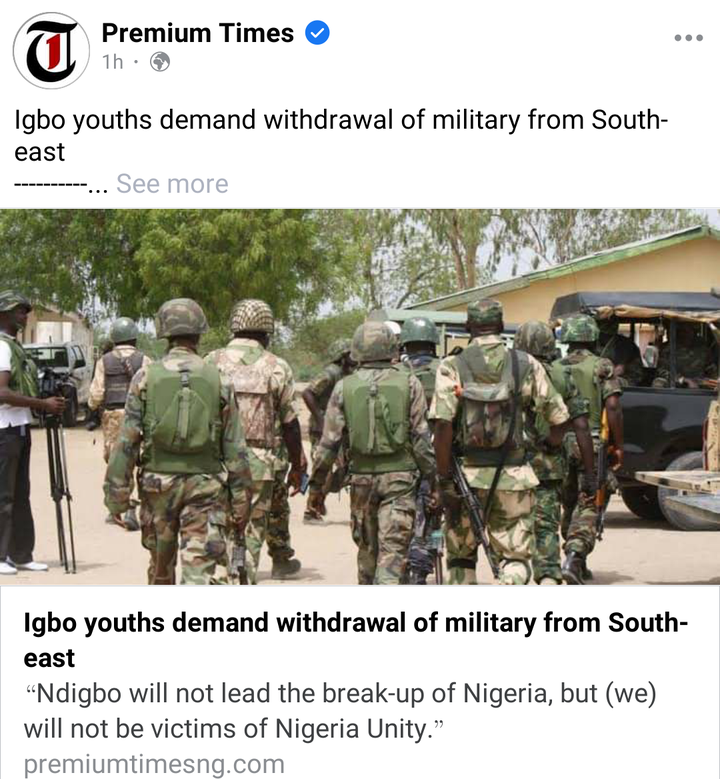 A group of youth in the southeast have expressed worry over alleged secret arrests and killing of youths by military in the region.

They said the military resorted to labelling every youth as member of IPOB, a pro-biafra group that has been proscribed by the Nigerian government.

The youths, under the union of South East Igbo Youths Leaders called for the immediate withdrawal of the military from the region, just as it advised the police and other security operatives to discharge their duties professionally and with dignity. If You Want Your Girlfriend To Miss You, Do These 5 Things

Mummies, Look Like A Big Madam With Any Of These Elegant And Sophisticated Ankara Gowns

4 things that kill intimacy in marriage