Combating the menace of fake news in digital media

By erictimelessbeauty (self meida writer) | 4 days 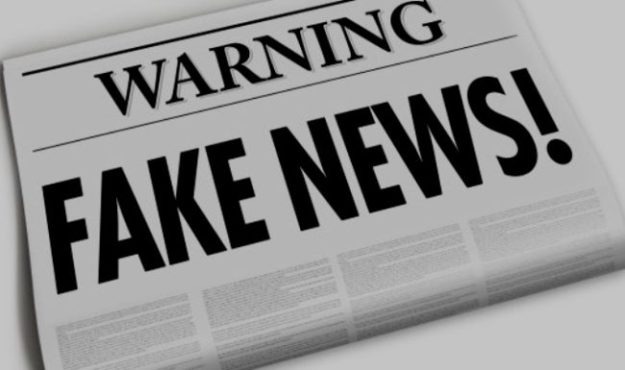 There is palpable fear that if the ugly trend of fake news on the various social and digital media is left unchecked, it is going to render the whole internet and online news media untrustworthy as far as getting reliable news and information is concerned. Fake news competes with and ultimately chokes out authentic news. What is fake news and how does it affect society generally?

Fake new is false or misleading information presented as news. It is also called junk news, hoax news, pseudo-news etc Some of the purposes of fake news include to ruin the reputation of people or entities, to make quick money either by leveraging on the news going viral or through advertising, to falsely promote a brand, entity or idea, to discredit authentic news that is not favourable to one's cause etc.

However, fake news can have very consequential effects on society. Fake news can cause death. Let's take for instance Covid-19. Fake news can affect how people respond to such important measures as safety protocols, the use of vaccines, getting tested or seeking for medical help when sick. All these things are potentially very dangerous and hundreds have died because they believed fake news about Covid-19.

Fake news about about something like inter-ethnic clashes can lead to reprisals in places far removed from the alleged place where the purported attack was falsely reported to have happened. This has happened in the herders/farmers clashes and other inter-ethnic clashes. Fake news kills.

Furthermore, fake news can ruin a person's reputation irreversibly. One false report that goes viral may never be corrected ever again. It can ruin lives, kill businesses, damage careers and much more.

Fake news can also ruin the reputation of the news or social media on which it is published or broadcasted. There are people who never believe anything they see online because of the propensity for finding junk online. The suspicion is already there so just one item of fake news can ruin the reputation of an otherwise trustworthy online news media.

Fake news can also lead to serious litigations. One careless reportage can wipe out a media organization forever because of damages they get to pay the victim or victims of the said news story. For example, a certain blogger was ordered by a high court in Abeokuta, Ogun State to pay Dr D.K Olukoya of Mountain Of Fire and Miracles 500 million naira for defamation. Fake news can also lead to criminal prosecution.

Fake news can be intentional or unintentional. Intentional fake news can be satirical article deliberately presented as genuine, and articles that employ sensationalist or ckickbait headlines that are not supported in the text.

Unintentional fake news is when in the craze to beat deadlines, be the first to publish a breaking news story or by sheer recklessness, facts aren't double-checked or sources verified before the content is published.

To avoid being a purveyor of fake news, always verify your sources before accepting the facts. Check and recheck and be generally very suspicious of sensational stories. If one must err, let one err on the side of caution.

4 Supplements Everyone Must Take For A Healthy Body

Check Out The First Hospital And School In Nigeria, And When They Were Built (Photos)

US political manipulation over origin tracing poisoning the world