FIFA has once again released the ratings of players in the updated electronic game. 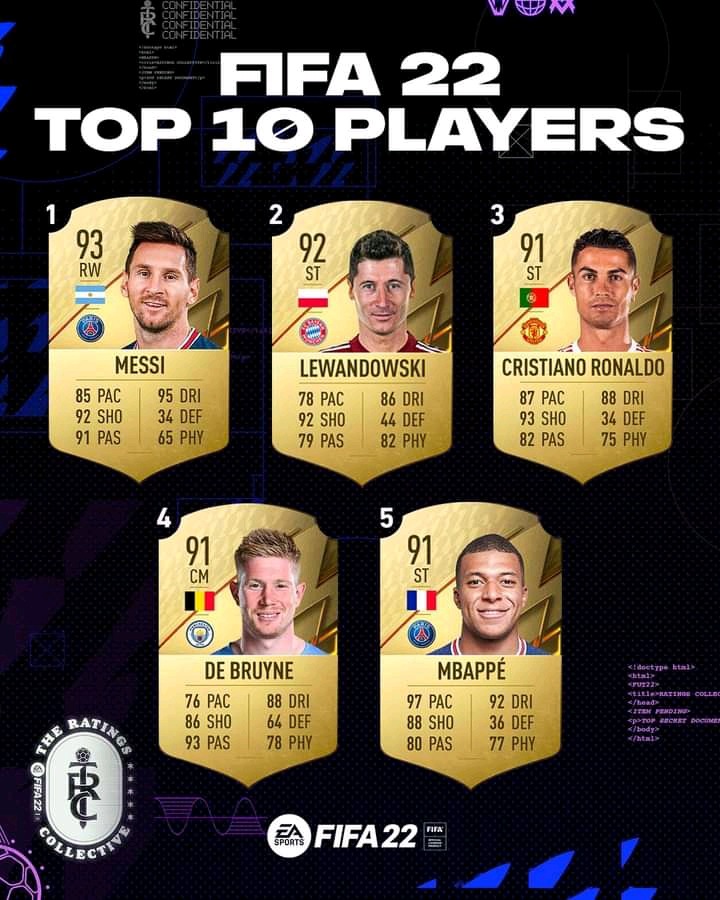 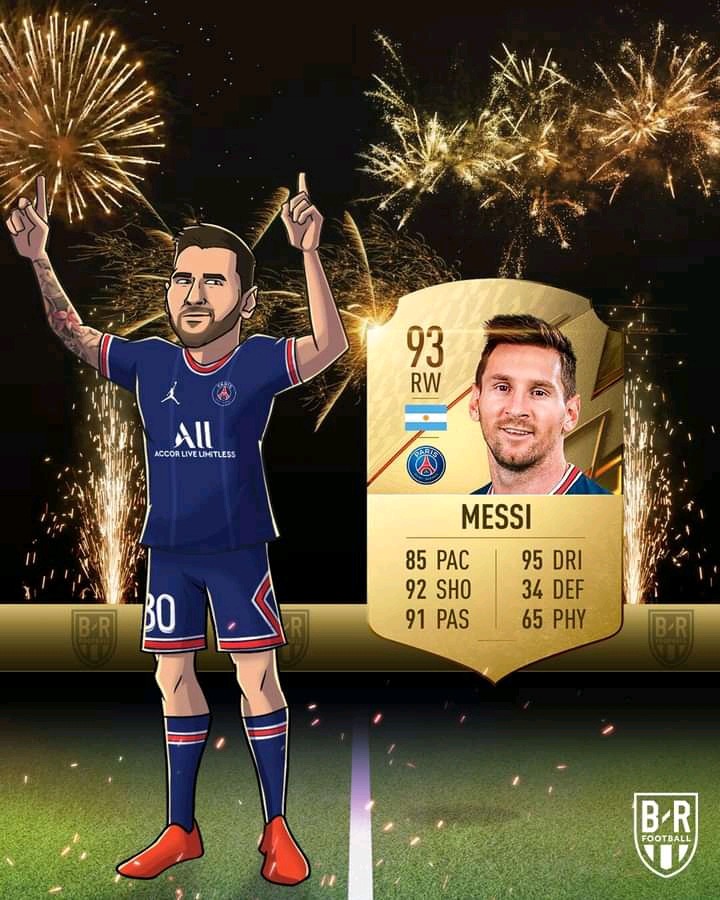 In next year's edition, Lionel Messi as always carries the highest rating ahead of close rival Cristiano Ronaldo and Neymar Jr. Messi has an overall rating of 93 which included a pace of 85, dribbling of 95, shot rated 92 and a passing of 91.

Leo Messi secured a move to the Parisian giant this summer after Barcelona announced he won't continue at the club as a result of not being capable to pay his monstrous wages. 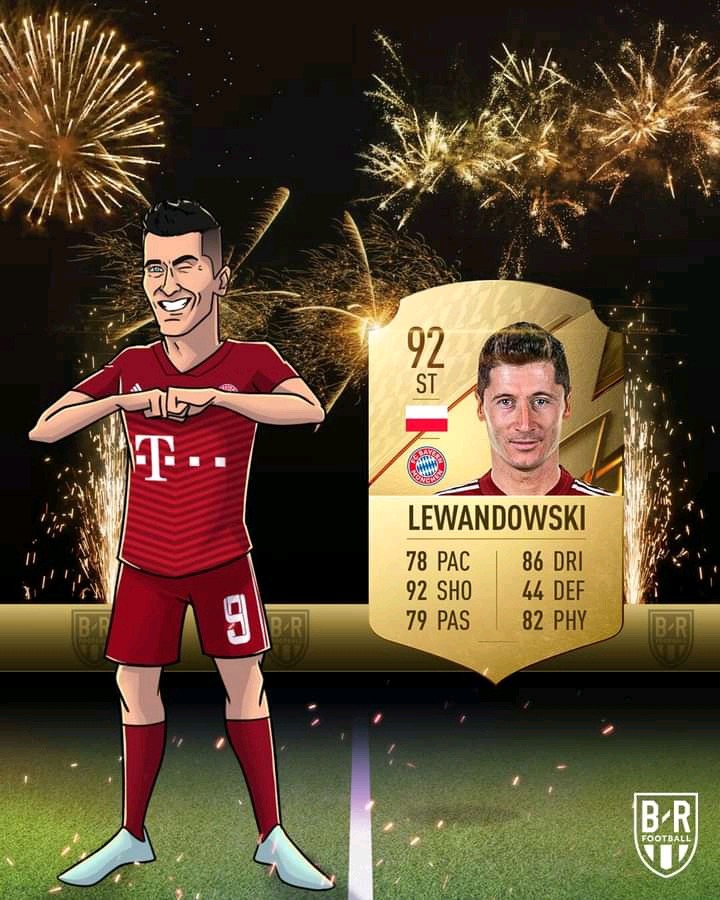 The 2020 FIFA The Best player of the year has an overall rating of 92 which included a shot of 92, passing of 79 and a dribbling of 86. The german sharpshooter has proven to be one of the best forward recently and isn't slowing down anytime soon.

Cristiano Ronaldo came in third place with an overall rating of 91. 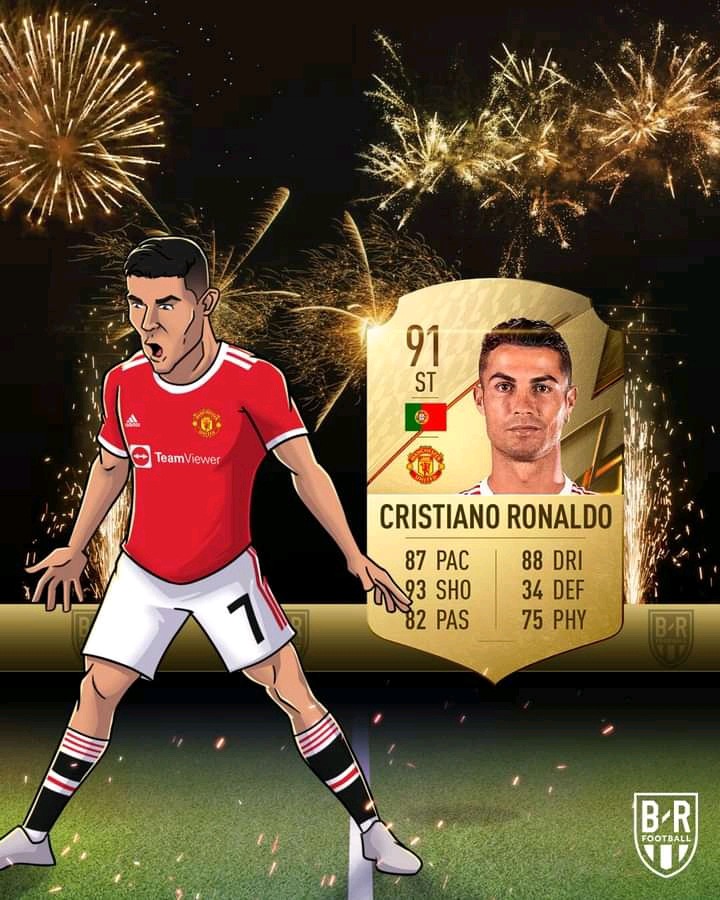 Age isn't on Cristiano's side but he has proven countless times that age is just a number. Ronaldo has remained at the top for years and is still at the top. He secured a move back to Old trafford during the summer window and reminded the world of what he is capable of as he grabbed a brace in Saturday's 4-1 win over Newcastle united. At 36, he is still up and running.

There came Neymar Jr at the fourth position with an overall rating of 91as well. 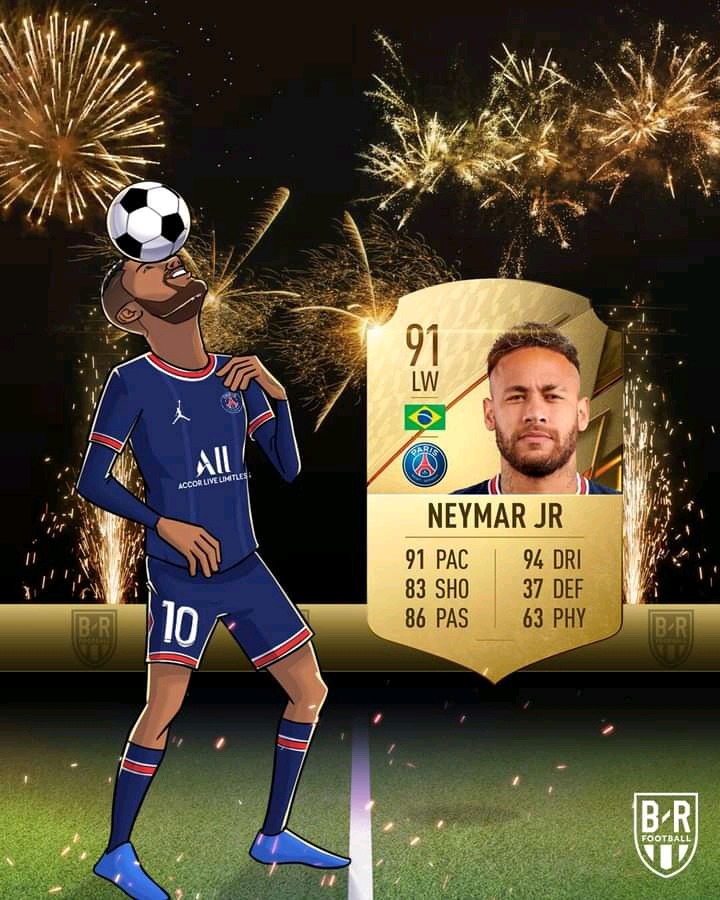 Neymar has proven to be one of the best in the game but inconsistency and injuries are getting in his way. 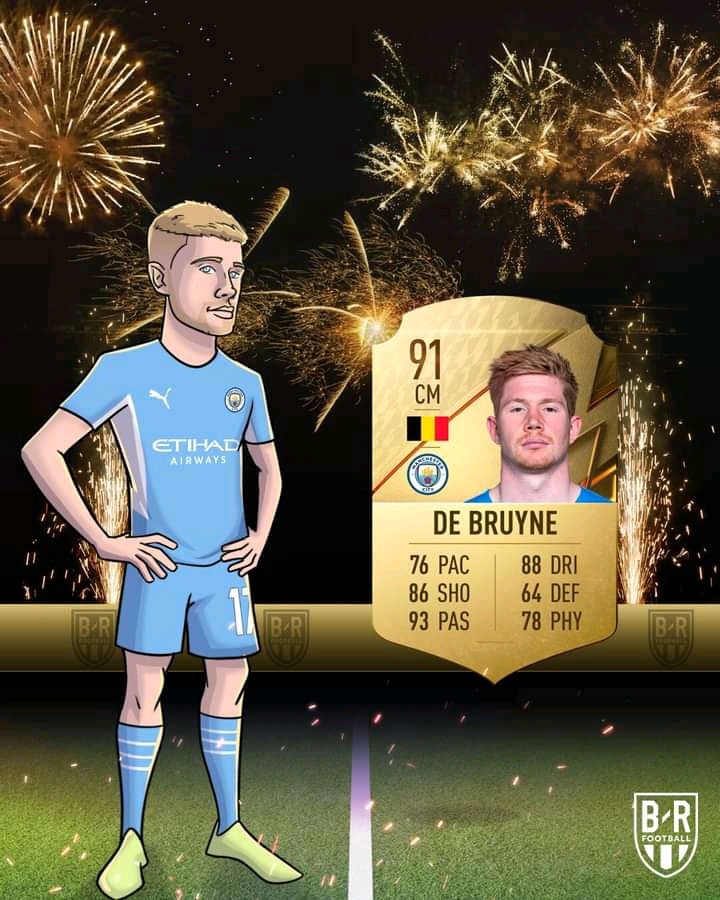 Back to back PFA player of the year. Manchester City's maestro Kevin De Bruyne came in 5th with the same rating of 91. 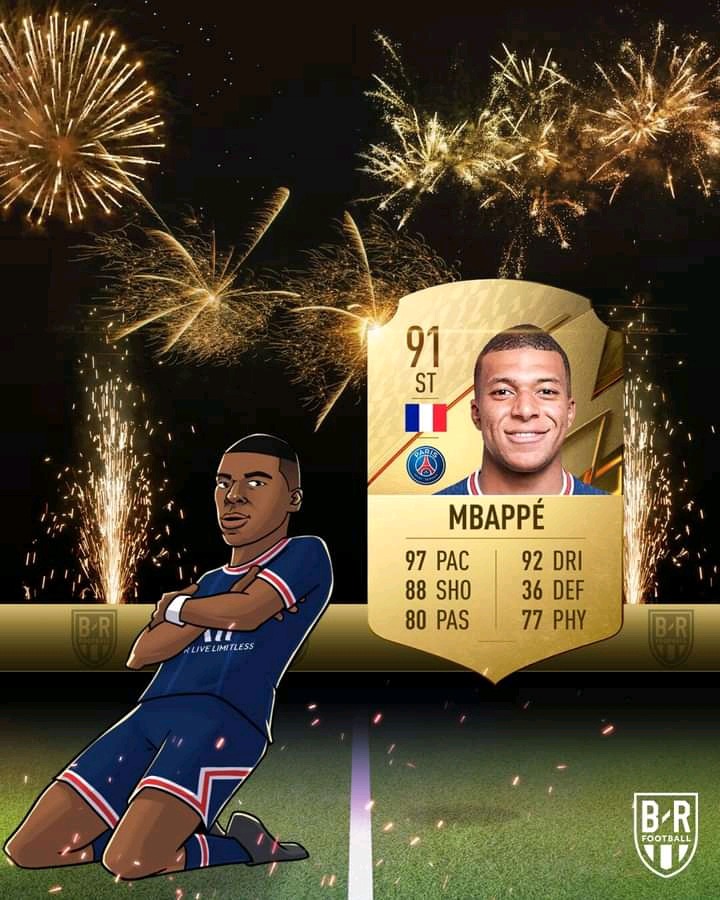 The third attacker in the formidable trident of Paris Saint-Germain, Kylian Mbappe came in sixth with also 91 rating. Paris Saint-Germain would be a team to beat in the next edition of the electronic game and are sure to be chosen the most by lovers of the game. 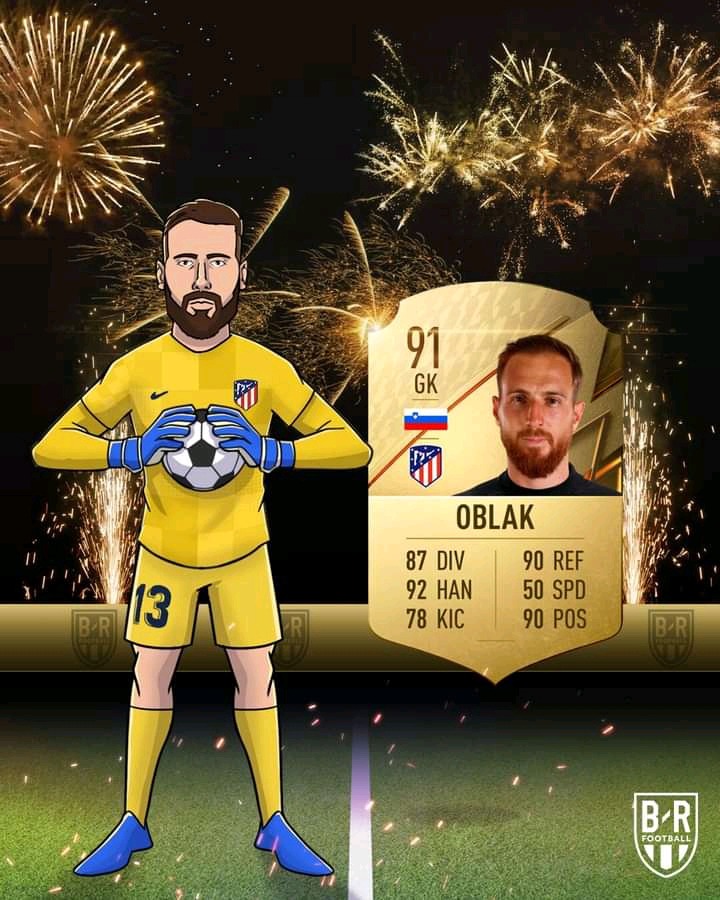 Also with 91 rating came Atletico Madrid's shot stopper Jan Oblak. The final wall of Atletico's thick defense. He has remained as one of the best goalkeeper after Manuel Neuer. 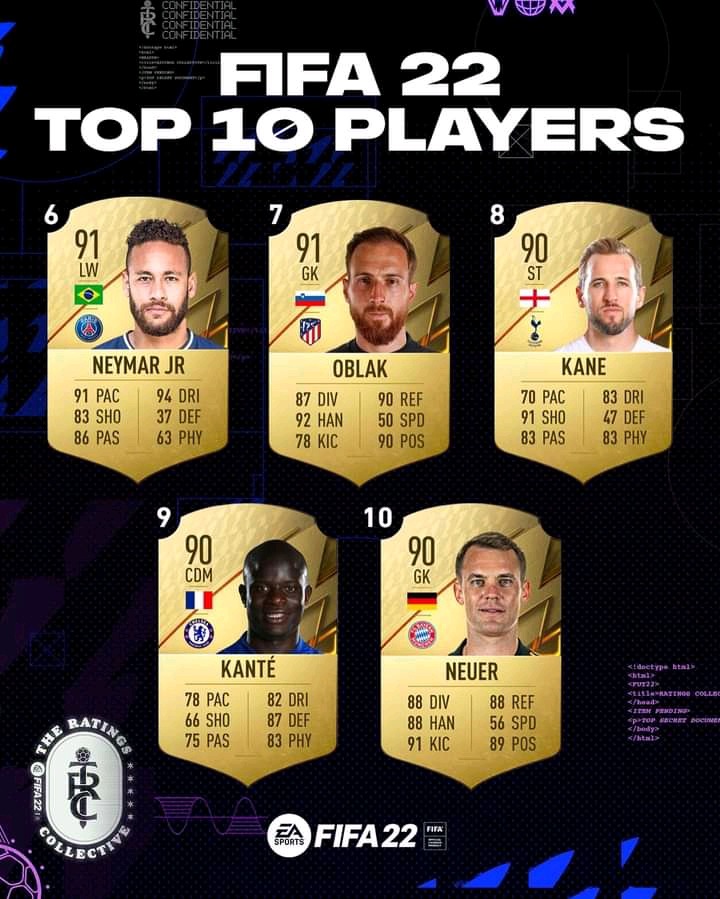 Kane took the 8th position with a rating of 90. The Tottenham hotspur striker took home the Golden boot and also the playmaker award in last season's premier League campaign as he got the highest goals and assists in the league.

Chelsea's machine and workaholic, Ngolo Kante came in 9th with a rating of 90. He won the UCL midfielder of the season after a brilliant campaign winning four man of the matches award in the knockout phase of the competition as he helped Chelsea lift the prestigious trophy and also the Super cup.

Manuel Neuer occupied the 10th position with a rating of 90 as well. He has remained at the top for quite a long time and he is still Bayern Munich and Germany's number one choice.

Do the above players deserve the ratings?

Yam and its health benefits to the body when consumed

Head-to-Head Statistics Of Romelu Lukaku And Cristiano Ronaldo This Season.

Opinion: Why Chelsea's Marcos Alonso Should Now Be Rated Higher Than Luke Shaw And Kieran Tierney