The removal of Palestine from the Google and Apple map has made the Palestine Authorities to start searching for alternative search engine.

According to the news posted on Instagram by Astagfirollah @astgfirollah claiming that the Google and Apple have officially removed Palestine from the map application. 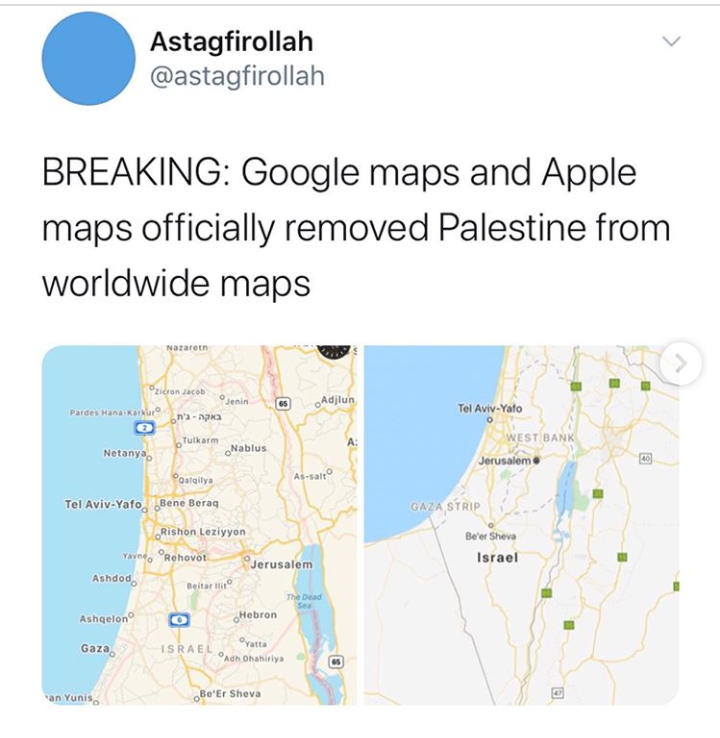 Following the claim, the Palestinian Authority communications minister has reportedly announced that the government is searching for an alternative to Google search engine.

He said that this year is a revolutionary year, adding that they will fight for the needed change to bring Palestine on the maps.

After the post were found to be misleading, Astagfirollah later made an addition to the bottom of the post stating that the post contains "false information." while adding that Palestine was never on the map in the first place.

Not withstanding, since the post went viral, the Palestine Authority communications minister has said that it was reason enough to find an alternate search engine for the PA. Meanwhile, Google did not respond to a request for comment, according to the Independent.