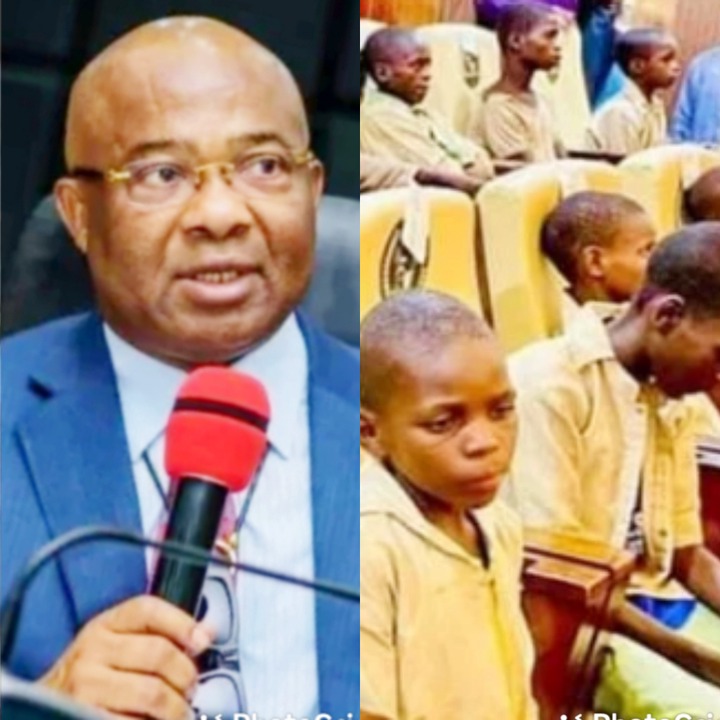 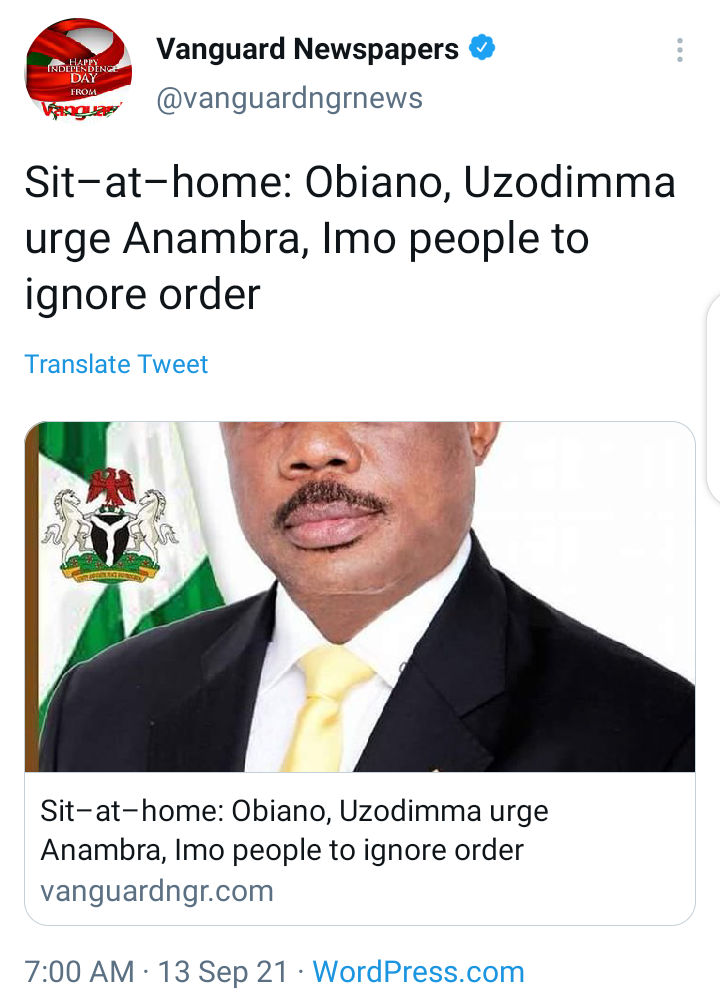 GOVERNOR Willie Obiano of Anambra State and Governor of Imo State, Senator Hope Uzodimma have urged the people of their states to ignore the sit-at-home rumour and go about their normal businesses, saying that those behind the order have rescinded it.

Governor Obiano directed that commercial activities must take place today and subsequent Mondays in the state, saying government can no longer watch while the economy of the people nosedives.

The Secretary to Anambra State Government, Professor Solo Chukwulobelu, had at a meeting with banks in Awka urged them to operate fully on every working day throughout the state.

Lending weight to the directive yesterday, the Commissioner for Information and Public Enlightenment, Mr. C. Don Adinuba said the order also affects other sectors of the people’s socio-economic life.

According to him, all markets, as well as motor parks and commercial vehicles would henceforth operate fully every Monday and any other weekday, except any day declared work-free by the appropriate authorities. 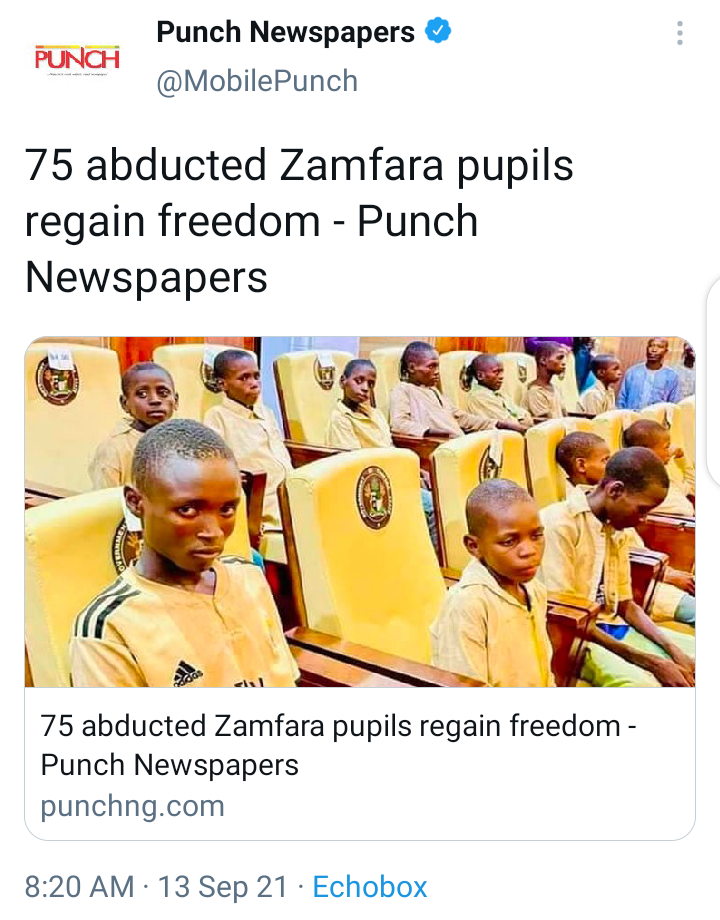 The 75 pupils of Government Day Secondary School, Kaya, in Maradun Local Government Area of Zamfara State who were abducted on September 1, 2021, have regained their freedom.

The Nigerian Television Authority broke the news via its verified Facebook page overnight.

Nigerian Police had reported that gunmen abducted more than 70 students in the country’s northwest state of Zamfara.

Zamfara State Police spokesman, Mohammed Shehu, had said in a statement that a large group of attackers stormed the Government Day Secondary School in the remote village of Kaya that Wednesday morning, seizing the pupils. He had given the number of seized children as 73.

“The abduction followed the invasion of the school by large numbers of armed bandits,” he had stated.

Shehu said that Police rescue teams were working with the military to secure the release of the pupils.

The bandits later returned five of the pupils within 24 hours.

Nigeria's Forces Of Evil More Determined Now Than Ever: Osinbanjo 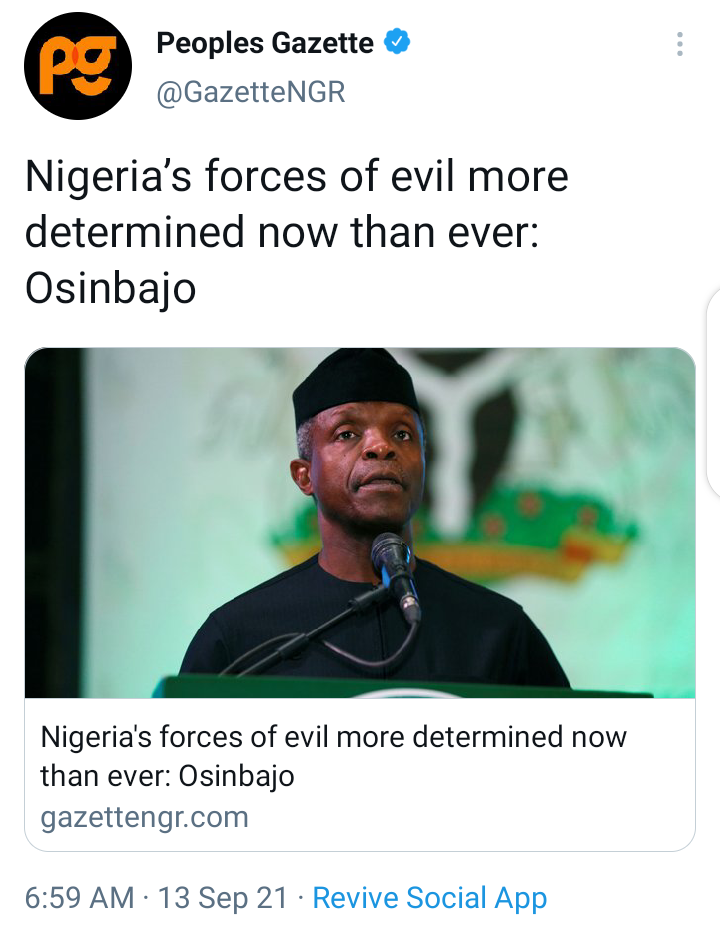 Vice President Yemi Osinbajo, on Sunday, led some clerics to pray for God to grant Nigeria victory over “forces of evil” he described as being “vehement than ever.”

The prayers were offered during the dedication of two Churches in Abuja.

The Churches were the All Saints Anglican Church Wuse Zone 5, and the Redeemed Christian Church of God (RCCG) City of David Parish, Utako, Abuja.

Speaking shortly after the dedication of the new church auditorium at the Anglican Church, Mr Osinbajo urged church members to see the occasion as a call to the greater work of transforming the entire society.

“The dedication of the physical building called the church must only remind us that the real work of building the church is that of bringing up men and women in the knowledge and nurture of the Lord,” said Mr Osinbajo. “The forces of evil and of hate are more vehement than ever. The battle between light and darkness is more intense than ever, but we will prevail.”

According to the vice president, as President Muhammadu Buhari’s regime continues to work hard at finding solutions to the challenges confronting the nation, clergymen and congregants should pray for the nation to overcome them.