What currently existing smartphone companies will give Apple and Samsung competition in the future? 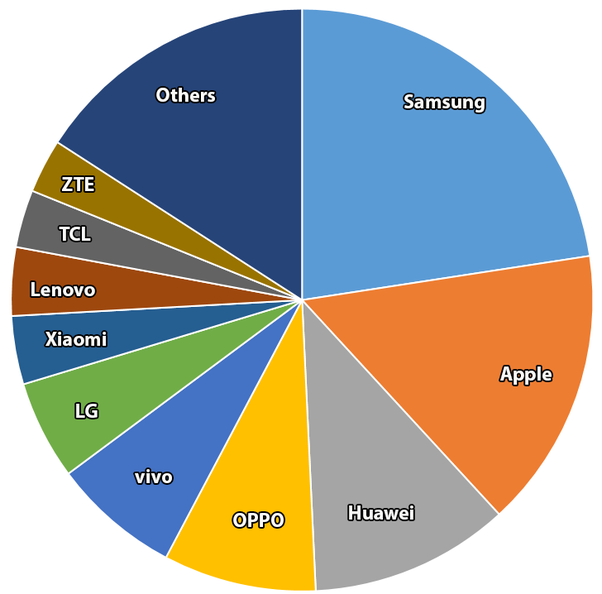 Well, let’s see here; Apple is currently the second-place Smartphone company in terms of volume shipments. They are number one in profits. Samsung is the leading smartphone supplier, and usually number two in profits, as well as usually being the second largest Semiconductor company after Intel. Together, they are a pretty formidable pair.

And yet, others have been nipping at their heels. Huawei has been the number three smartphone company since around 2014, jumping ahead of both LG Electronics and Lenovo. Since then, OPPO and vivo have also moved ahead of LG, and Xiaomi as well pushed ahead of Lenovo. So I’m not certain who’s the largest threat to Samsung and Apple’s lead, but I am certain they’re Chinese companies. 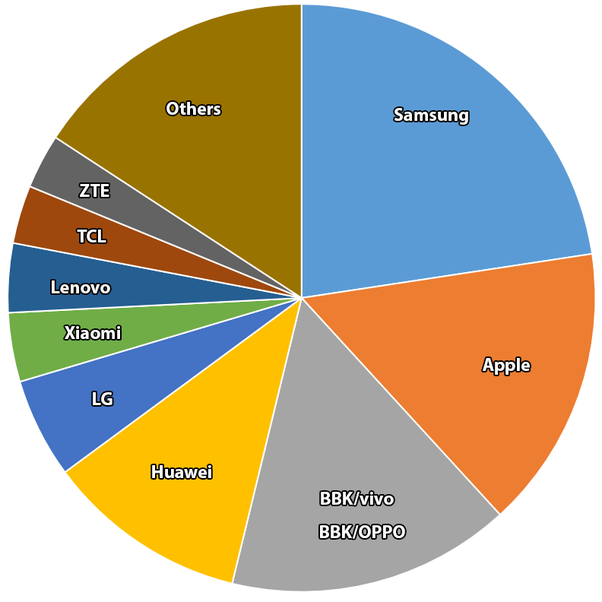 I guess I got an even better idea once I realized that vivo and OPPO are not independent companies, but both brand names of BBK Electronics Corporation. So is the “OnePlus” brand. And in 2017, they sold as many phones as Apple, though nowhere near as many higher end phones as Apple. BBK has been pretty smart about their marketing. They have been strongly going after the youth market for phone sales, and that’s basically the same reason Apple so aggressively pursued the education market, starting in the 1970s, if you love a thing when you’re young, you’ll buy more of that same thing when you’re older. BBK wasn’t even in the top five in 2013. And Huawei had been playing a very competitive game with Apple and Samsung. They took a page right out of the Sony and Panasonic playbook when doing their phone cameras, for example. Sony and Panasonic understood well they were electronics companies, even in the camcorder days. But particularly, on entering the professional camera market against Nikon and Canon, how would they complete.

The answer: They would team up with two very reputable German companies know for their optics, Sony with Carl Zeiss and Panasonic with Leica, Inc.

So several years ago, Huawei got together with Leica to built the dual camera system in the Huawei P9 smartphone. Increasingly after 2010–2011, the camera has been a major selling point of any new phone, and I guess Huawei understood they could never compete in other areas if they didn’t have a top camera. The P9 camera was interesting, employing monochrome camera alongside the color camera for the first “fake bokeh” effect in a phone, as well as better low light performance. But it had first attempt problems all over it. However, this year’s Huawei P20 Pro, a three camera phone, took the top spot in the DxOMark Mobile camera benchmarks, and by 10 points over the next best, the Samsung Galaxy S9. Ten points is the level of improvement between 2015’s best and 2017’s best; that’s a big win.

And there’s R&D. Huawei has been spending more on R&D than Apple. Let that sink in for a moment; Apple’s been the world’s most profitable company, they have something like $0.25 trillion in cash, and yet, Huawei is outspending them on R&D. They cross license patents, and we don’t always know the details of the deal, but in 2015, Huawei was licensed 98 patents from Apple, while Apple licensed 769 patents to Apple. That same year, Huawei spent about $600 million more on R&D than Apple did.

One more that’s interesting to look at: Xiaomi. They were actually the number one Chinese smartphone company a few years ago, even with the lowest margins going. They’ve fallen back on unit shipments, but with a whole new strategy. Their phone margins and volume are a bit deceptive, because they company is essentially using the phone as a gateway to other things. Selling phone software, of course, but imagine if Apple put a whole Amazon-like store in iTunes… something along those lines.

So those are two I’d look at: BBK and Huawei, in terms of direct competition. And potentially Xiaomi as well, for changing the way profit is linked to phones. 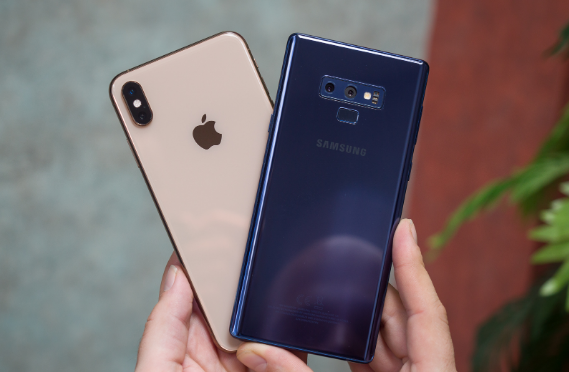