Chrome OS or Microsoft Windows? What to Consider before Buying your Next Laptop

By CreativePearls (self media writer) | 2 years ago Technology has become a part of our everyday lives with close to over 2 billion people worldwide having access to the Internet. With so many products out there, it can be difficult to choose a device that is right for you especially when it comes to laptops. In this post, we look at the difference between a Chromebook and a laptop and what makes one unique from the other. Microsoft is the most widely used desktop OS with more than 1 billion Windows 10 users. Although the popularity of Microsoft is huge, It is no news that each Microsoft update comes with its own set of problems which leaves users feeling frustrated. Over the years, Chromebooks have become increasingly reliable and offer great performance for as little as $175.

How does a Chromebook work?

A Chromebook is a laptop and sometimes a tablet, that runs the Linux-based Chrome OS. Tasks are mainly done within the Chrome browser while data is saved in the cloud so it functions best with an internet connection. As almost everything is done online, these laptops often come with storage spaces less than a traditional laptop.

Should I buy a Chromebook?

A Chromebook is the ideal choice if you are getting a laptop mainly for entertainment and you already use a browser to access web based applications. These laptops offer longer battery life with an average use of 10 hours and are more stable with zero performance lag. Chromebooks can be used for work too through Microsoft's office free online suite and G Suite.

Is a Chromebook better than a Laptop? 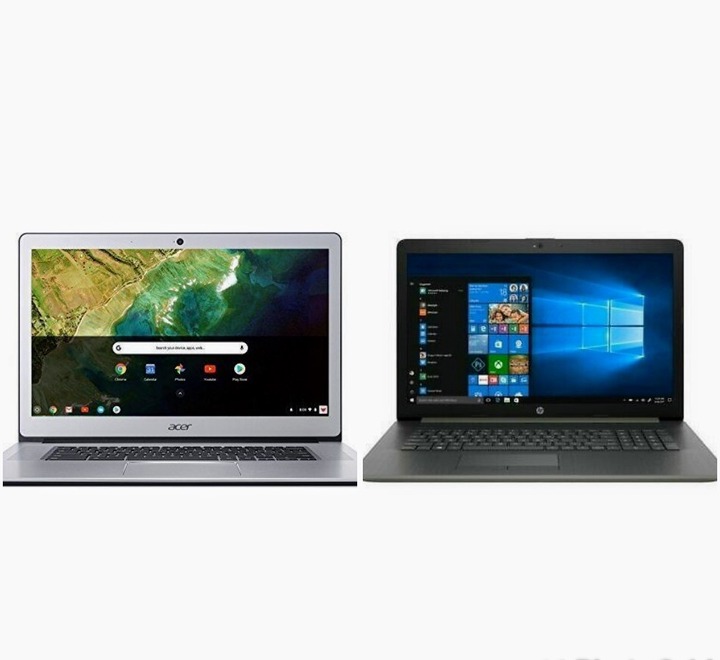 A Chromebook is better than a laptop in certain aspects;

Microsoft's OS is often a target for hackers to exploit, with a new security breach occurring almost every month. Although Windows comes with it's own antivirus software (Windows Defender), it only offers standard protection. A powerful antivirus software is essential to protect a Windows laptop from malware and hackers. Microsoft updates at times cause certain system instability and breaches allowing hackers to gain access to your system.

As Chrome OS functions mainly in Chrome browser, installation of apps and software isn't necessarily required, though they can still be gotten via Google play store. To prevent infections, updates are automatically installed every 6 weeks and it takes less than 2 minutes. Chrome OS also sandboxes Chrome browser to avoid attacks via the web popularly known as Phising.

The latest Windows updates takes forever to boot (more than 5 minutes). Enabling fast startup doesn't seem to help, hopefully they will soon look into that issue. If you are running a system with less than 8gb of RAM, performance lag should be a norm.

Unlike Windows, Chrome OS boots up in less than 5 minutes and begins form where you stopped. Though the RAM of Chromebooks are smaller they still perform faster.

The average battery life for a Windows laptop is 8 hours which is not enough for strenuous office tasks.

Chrome OS has a battery life that is usually more than 10 hours for work and play.

The best Windows laptops are over $500. Any price below that offers lower specifications and less premium features. Microsoft office 365 has an annual fee of $69 and it is possible to purchase individual products like Word for a lesser price.

The price of Chromebooks ranges for $175 to $1000, the most expensive being Google's pixel book. For those on a budget, a Chromebook still offers features comparable to Windows and G Suite is pre-installed with a monthly fee of just $6.

If your laptop gets hacked, lost or damaged in a Windows laptop, restoring lost data can be an overwhelming task. There is no easy way to restore lost data without using third-party applications to do the job. It is even worse if you do not have a local account.

With Chrome OS, restoring user data is hassle-free since everything is already stored in the cloud with your Google account.

Now that you know the difference between a Chromebook and Windows laptop what is your ideal choice? Please comment and share.

Content created and supplied by: CreativePearls (via Opera News )