As the world keeps embracing civilization, so does it embrace technology as the two goes hand in hand. Technology is one of the best things to happen to mankind. Just like it has its pros, it also has its cons. One of its disadvantages is the scamming activities eating deep into the fabric of the modern world. Scammers don't just operate in Nigeria but round the world.

At the late hours of 15th July 2020, the news of Twitter scam spread like a wild fire. The Twitter accounts of many prominent individuals on Twitter were hacked and their various accounts used to dupe numerous followers of their bitcoins. People were deceived by making them believe that any amount of bitcoins sent to the particular link posted will be doubled for them in form of charity. Many people has fallen for this scam already. The accounts of individuals hacked include those of Barack Obama, Elon Musk, Kanye West, Jeff Bezos, Mike Bloomberg, XXXtentacion, Apple etc. 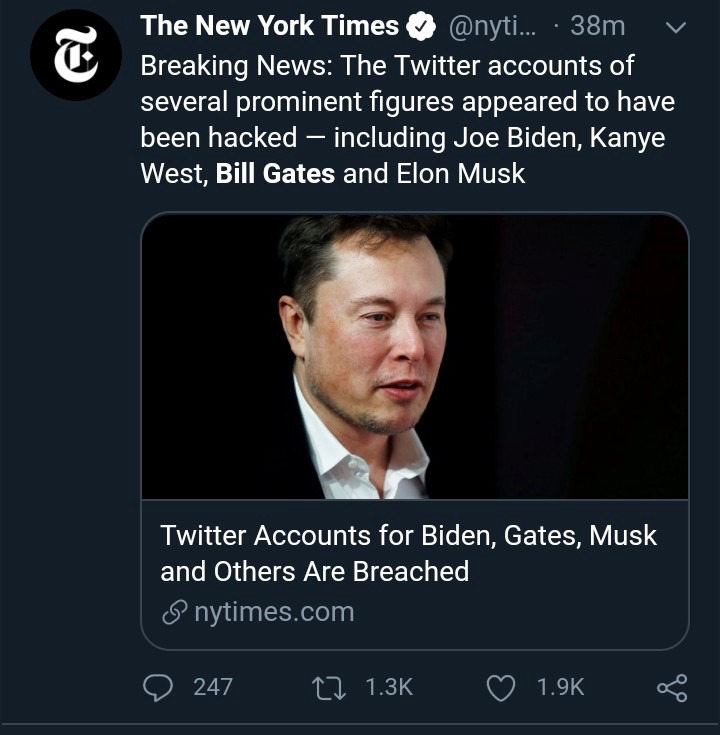 See the method the scammers used to orchestrate their evil plan. 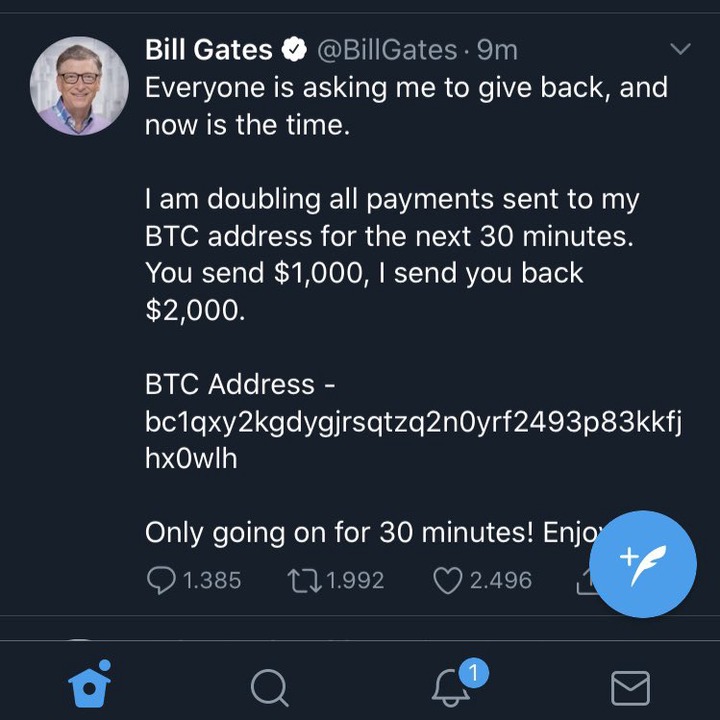 See the amount of bitcoins already accumulated below and still counting 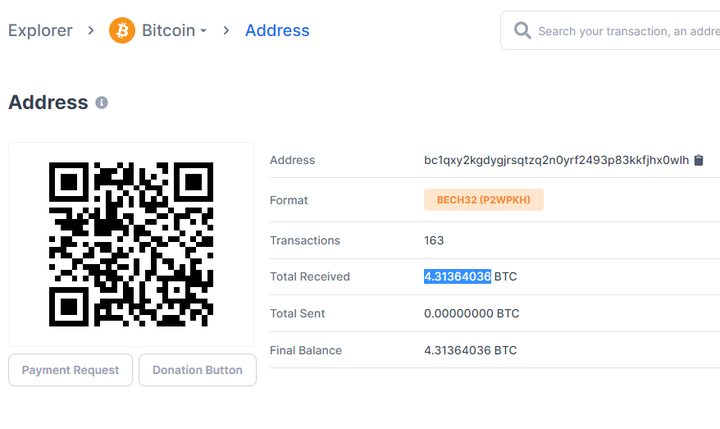 Twitter security are already on keys to ensure that the online rampage is brought to an end.

Here are the posts made by Twitter to assure they're working on arresting the ugly situation. 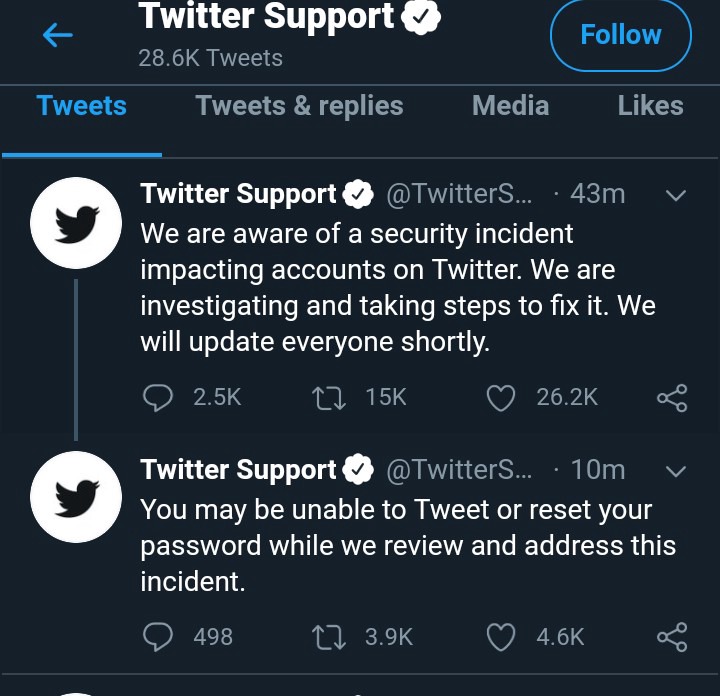 So far, there is no accurate estimation of the amount of money made by the scammers but news has it that millions of US Dollars has already been lost. This is owing to the fact that the targeted accounts have millions of followers who are mostly fan base or supporters of the original owners due to their humanitarian activities.

We only hope that at the end of this the perpetrators will be brought to book and face the full wrath of law.