By SwiftFingers (self media writer) | 2 years ago 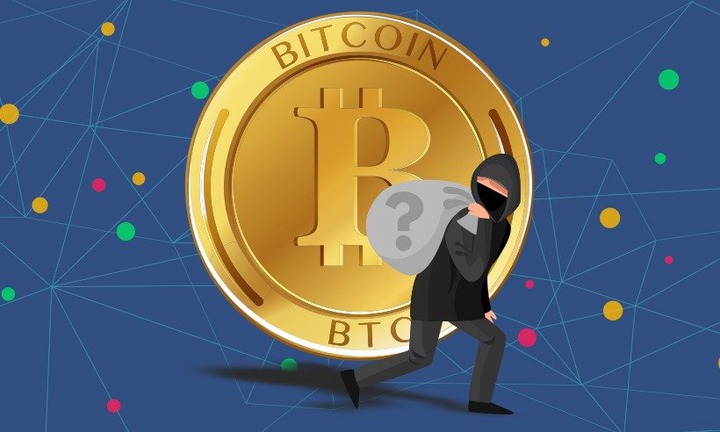 In the late hours of yesterday some notable and top profile Twitter accounts were hacked sequentially and about 13 bitcoins worth 119,639.78 United States Dollar has been stripped off of naive bitcoin holders at the time of writing this article. Well it's not everyday we see something like this being pulled off.

The scandal actually started from the hack of @AngeloBTC twitter account, a very popular Cryptocurrency influencer. After the hack the perpetrator sent a troll tweet with the account demanding 0.1 BTC to join a Telegram group where he and a few whales(Large volume BTC hodlers)woul be sharing some exclusive trading signals, obviously people fell for the trick believing it was actually AngeloBTC. The evil mastermind could have stopped there but he didn't. He further went on to hack @binance account and sent a seemingly similar tweet to the one seen before at around 8:13pm, only then did we realize that there's something fishy going on. Few minutes after Binance's account was hacked the owner @c2_binance came out to disclaim all false claims in a tweet. 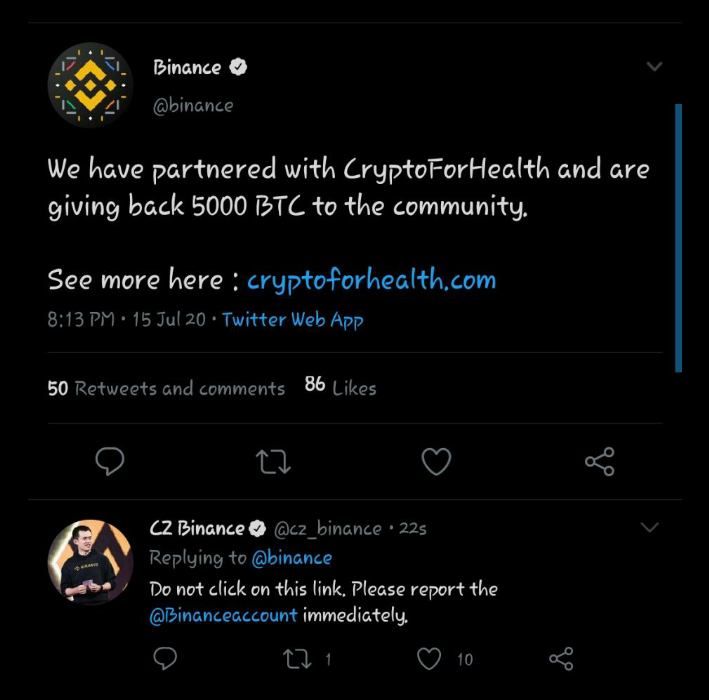 The hacker seeing that he has been discovered, improvised and started using the popular "Binomo Marketing Scam" a scheme where people are promised to receive double their money over a very short period of time, say 30 minutes for instance.

The perpetrator feeling god-like at the moment hacked into several top profile tweeter accounts and sent a tweet which read, "I'm feeling generous because of Covid-19. I'll double any BTC payment sent to my BTC address for the next hour, Good luck and stay safe out there! bc1qxy2kgdygjrsqtzq2n0yrf2493p83q83kkfjhx****". To my greatest surprise his tweets got insane engagements about having 7K+ likes within 10 minutes, that's to show that people were really buying the scam. As at the time of writing this article the Evil genius has erased all traces of his tweets from the affected accounts. 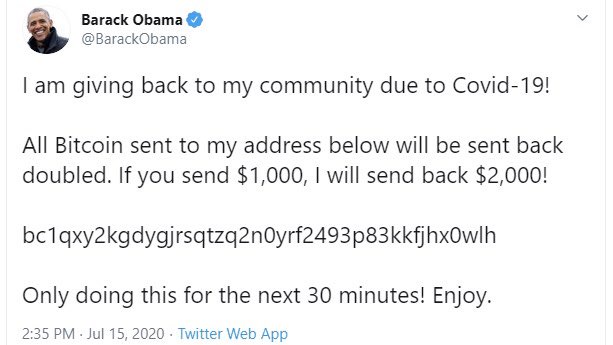 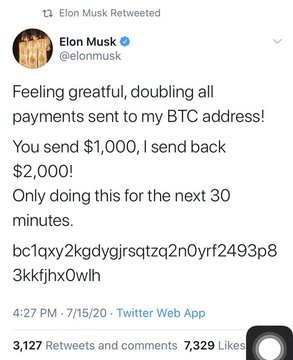 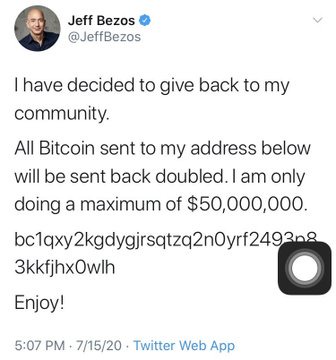 Content created and supplied by: SwiftFingers (via Opera News )