By Able-gist (self media writer) | 7 days ago 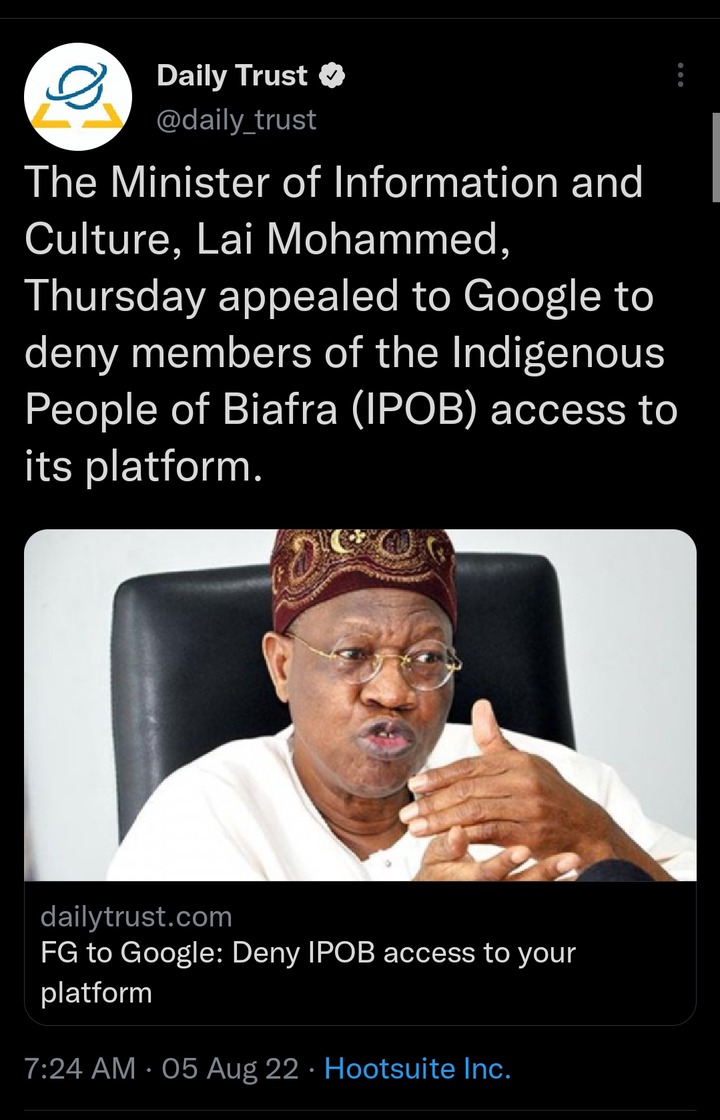 The Minister of Information and Culture, Lai Mohammed, Thursday appealed to Google to deny members of the Indigenous People of Biafra (IPOB) access to its platform.

Speaking in Abuja yesterday when a team from Google visited him, he said the “proscribed terrorist group” were using the platform for their acts of violence and destabilization. 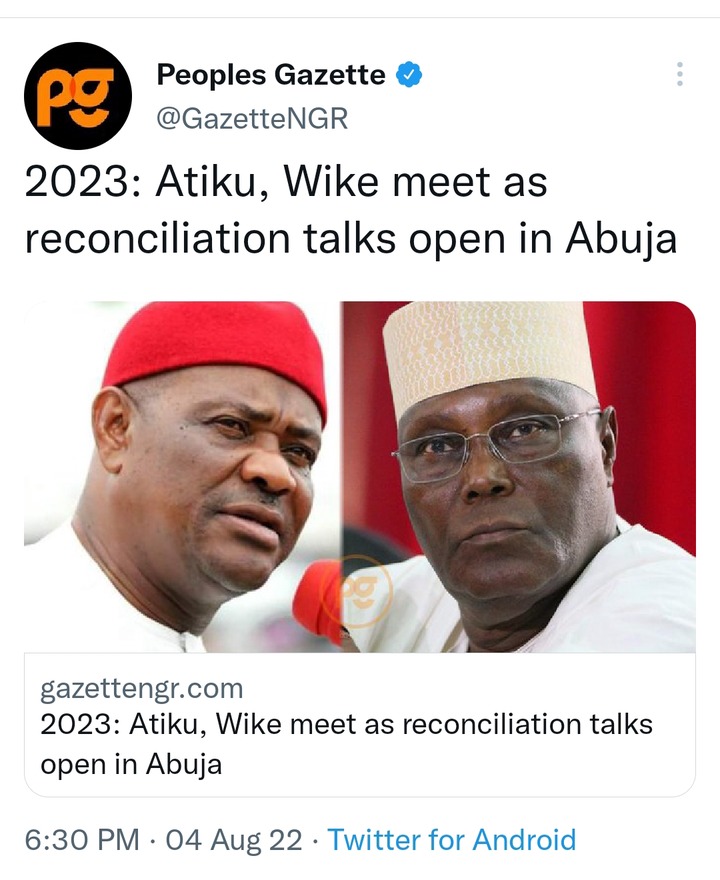 Presidential candidate Atiku Abubakar on Thursday held talks with Governor Nyesom Wike as part of a newly-activated dialogue aimed at thrashing out a protracted feud between them.

The meeting was held at the residence of opposition party stalwart Jerry Gana in Asokoro, Abuja, according to other parties who attended. 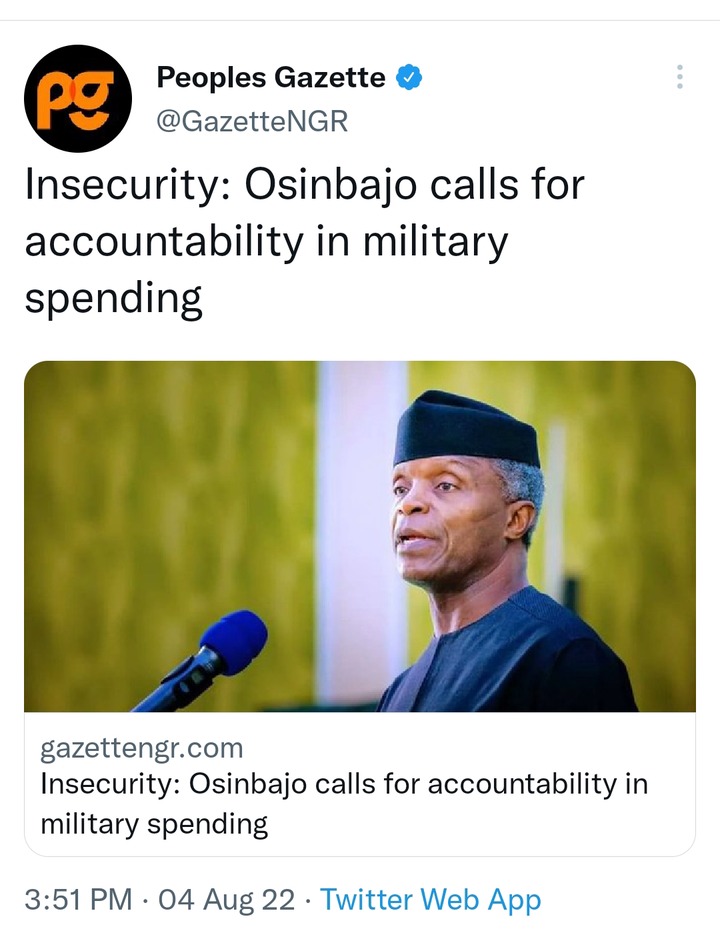 There is a need for proper accountability in defence expenditure as the nation grapples with emerging security threats, says Vice President Yemi Osinbajo.

Mr Osinbajo shared his thoughts while interacting virtually with participants of Course 30 at the National Defence College late Wednesday.

His spokesman Laolu Akande released highlights of the presentation via a statement on Thursday. 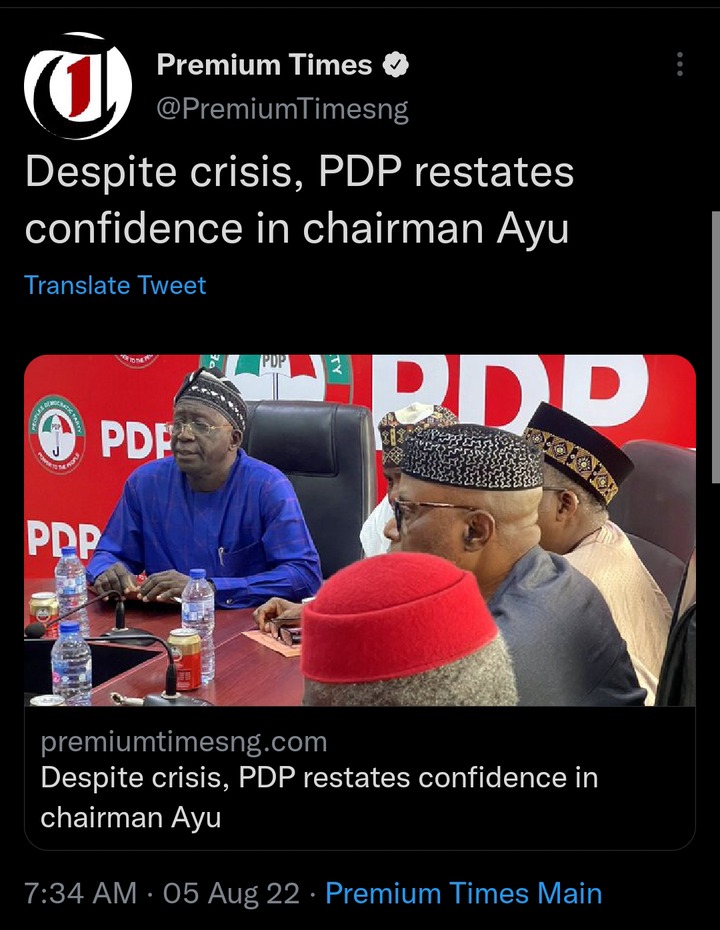 The party’s National Publicity Secretary, Debo Ologunagba, made this known in Abuja on Tuesday after a meeting between the National Working Committee (NWC) and former national, state and zonal publicity secretaries.

This ‘vote of confidence’ on the chairman comes amid the crisis rocking the party and calls for his sack or resignation. 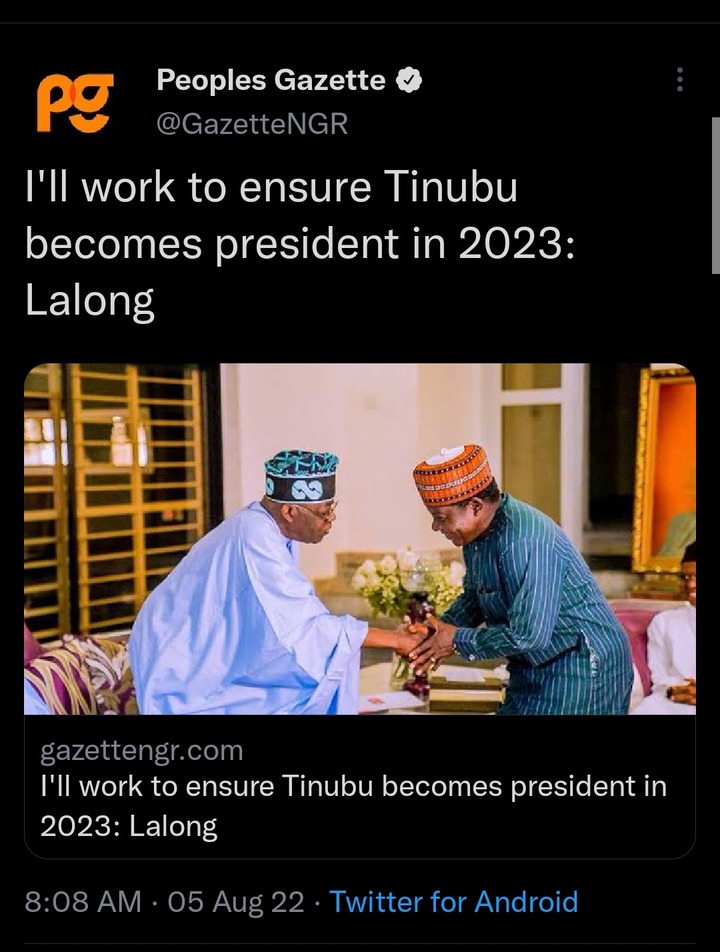 Governor Simon Lalong, the director-general of the All Progressives Congress (APC) presidential campaign organisation for Bola Tinubu, has promised to foster unity in Nigeria while leading the party’s electioneering.

Mr Lalong stated this at a news conference on Thursday, when he was received by APC members and supporters at the Yakubu Gowon Airport Heipang near Jos.