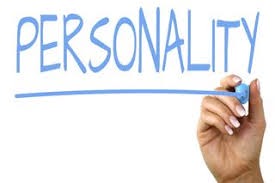 Writing has taught me to be more observant in my day to day interactions. You can glean a ton of information from others if you’re paying attention.

I’m not a shrink. These rules don’t apply one hundred percent of the time, but the point isn’t to be one hundred percent right. The point is to begin to become a better observer of the patterns of human behavior. I could write an entire blog post of the benefits of being able to do this, but suffice it to say that learning how to read people is a psychological superpower.

Let’s take a look at the top ten tells that tell you a lot about your fellow human beings.

1. The way they treat service staff — The way someone treats people who work in retail, food service, etc tells me pretty much everything I need to know about them. In fact, the way they treat these people tells you the way they treat people in general. Why? Because when you’re dealing with service staff, you’re in the ultimate position of power. They can’t disagree with you all that much, “the customer is always right,” and they’re incentivized to be as nice to you as they possibly can. If you treat these people poorly, yet you treat people you consider at your level or above much better, it shows you have low integrity, empathy, and even self-respect because someone with self-respect doesn’t have to act like they’re above anybody.

2. How they act depending on who they’re around — A corollary of the above. There’s a saying, “Treat the CEO the same way you would treat a janitor.” Do this because all people are inherently valuable regardless of their profession or lot in life. Also, smart people know that you never know what type of person you’re dealing with. I heard an anecdote about a man walking into a business meeting. Upon meeting with the secretary, he treated her with a dismissive attitude. During the meeting, he lost out on a potentially huge account. Why? Because the man he met with trusted his secretary more than anyone else in the company. These differences in the way people behave and treat people are subtle, but if you catch them, they say a lot about the person you’re dealing with.

3. Their P’s and Q’s — When I see someone who has a basic level of politeness and says ‘please’ and ‘thank you’ often, I know I’m dealing with a socially intelligent person. You don’t have to do much to overcome that bar, yet many people don’t have basic manners. How can I tell? I make a habit out of doing this and I’m shocked at out how often the people I interact with are surprised that I do it. You can make people’s day, reduce friction during interactions, and move through life much more easily this way. You have nothing to lose and everything to gain.

4. They way they walk — Do they stand up straight or do they slouch their shoulders? Do they walk with a bit of pep in their step or are do they drag their feet? How fast do they walk? Do they seem lazy, in a rush, or moving at a pace with intention and patience at the same time? Take someone like Barack Obama and see the way he walks into a room. He has this palpable sense of confidence and you can observe it by the way he casually yet confidently struts into the environment. It’s simultaneously friendly, powerful, attention-grabbing, yet devoid of validation seeking at the same time. I learned a useful from The Art of Charm called the ‘doorway technique.’ When you’re about to walk into a room, stand up straight, perk yourself up, and prepare to walk in the room with confidence.

5. How they respond to slight social pressure — By social pressure, I mean any little situation that causes a bit of friction. A small example. One time, I stood in line for Chipotle, and the person in front of me asked for queso on his burrito. The employee didn’t hear him. His partner looked at him as if to say, “Are you going to repeat yourself?” But he didn’t. Why? Because he’d have to face slight social pressure — that minimal amount of friction it would’ve taken to raise his voice and repeat himself, not rudely, but assertively. Situations like that, while small, can show you someone goes throughout their entire life. Are they willing to be a bit uncomfortable socially to get what they want, or not?

6. How they respond to the good fortune of others — When Peyton Manning won his second-Superbowl, the camera panned to Eli Manning who had a facial expression that seemed to indicate that he wasn’t too happy his brother caught up to his Superbowl ring total. Whether or not that’s actually true, there are situations in real life where you can see, or at least guess, by reading a person’s face whether they tend to support or envy successful people. Listen to the subtle hints in their language. Take the ‘concern troll’ for example — Someone talks about making a bunch of money in their business and another person responds ‘Gosh, you’re going to have to pay a lot in self-employment taxes. Make sure you’re saving your money.” This is, true, but did they intend to help out or to throw a bit of shade? Be careful and conscious of statements like these.

7. How they frame their responsibilities and challenges — The ‘have to’ vs ‘get to’ dichotomy explains this well. Do you have to work on the technical aspects of your business? Or do you get to learn valuable technical skills to help your business grow? When you hear people talk, especially about challenges and obstacles, you’ll get a sense of whether or not they view life through a lens of victimhood or agency. The goal isn’t to become some perfect human being who never has any problems or situations worth complaining about, but rather how you perceive and talk about those challenges in your life. Language is powerful. Many of these insights involve language because language speaks existence into life. Even the concept of time cannot exist without language to describe it. Be mindful of your words and the words of others.

8. How they respond to the phrase “How’ve you been?” or “What’s New?” — Many people have the default response of ‘same old same old’ or ‘good.’ You want to start to look for and spend more time with people who always seem to be up to something. When you ask them what they’ve been up to they have a multiple sentence answer — They have a side project going, cool hobbies, recent events or travels they’ve enjoyed, etc. Of course, this doesn’t apply every single time you talk to someone. Sometimes people are short just because they’re short that day. But look for the general pattern. The more people you have around you who light up when you ask that question, the better.

9. How children and dogs respond to them — I’m going a bit woo woo here, but I swear, children and dogs just have a six sense about people. Dogs might be actually able to smell emotions, who knows. When it comes to kids, they’re more ‘vibe-oriented’ because their capacities for elaborate reasoning aren’t fully developed. The younger they are, the more they’ll pay attention to your facial expressions and the way you carry yourself versus the things you say or the way you try to come across. Excuse my bro-science here, but it’s just something I believe.

10. How much time they spend talking about other people — I pay attention to the ratio between how much someone tasks about what’s going on in their life, or the life of the person their talking to, versus how much they talk about people who aren’t present. The most obvious one is gossip — if they talk about other people to you when they’re not around, what are they saying about you when you’re not around? Other forms are more subtle though. For example, I notice a lot of people spend, what I deem, way too much time talking about the accomplishments of other people. They’re too invested in celebrities, their favorite athletes and sports teams, T.V. shows and movies. You can enjoy these things, but some people tend to create entire personalities based on what other people do and it’s easy to tell when you spend enough time talking to them. Like I mentioned earlier, there are those who talk about the projects they’re working on, they’re asking you about your life, or they’re talking with you about ideas, current events, potential collaborations.

All of these rules are subtle. And, the rules aren’t one hundred percent applicable all of the time not even close. The point is to be cognizant of them and look for patterns in the people — both people you interact with routinely and the cumulative data points you get from one-off interactions.

If you look to take the focus off of yourself and start observing other people, you’ll gain a wealth of information you can both use to be mindful of who to be around and to change the way you behave so you come across well to others.