By People'sDaily (self media writer) | 2 days ago Photo shows a signal transmitting station for digital television in Timor-Leste. (Photo courtesy of the Chinese Embassy in Timor-Leste)

Yang Tao, a team leader of a China-aided digital television project in Timor-Leste, is a big draw in many rural villages of the island country in Southeast Asia.

Since the project was launched last year, he has always been visiting local communities, sometimes the ones in very remote areas, to check signal coverage and install set-top boxes. Therefore, he's become a "guest of honor" and villagers would always invite him over.

Albino is a local installation and maintenance engineer of the project team, who's also an apprentice of Yang’s. "I learned advanced television technologies and knowledge from Yang. Now, we finally have a digital television system," Albino told People's Daily. 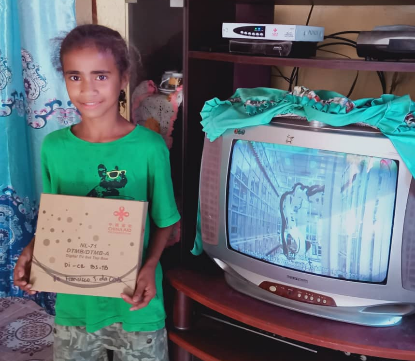 Albino was quite talkative when it came to the development of digital television in Timor-Leste. "In the past, TV programs were beyond reach in villages, and there were only a few channels available even in urban areas. The ways of signal reception were manifold. Now, with the assistance from China, we have adopted television format encoding systems recommended by the International Telecommunication Union, and finally have our own digital television system," the man said.

At present, 22 digital channels are available for television viewers in Dili, the capital of Timor-Leste and its peripheral areas.

"There is always news about China. We really admire the development of the country," said Americk, a citizen of Dili who's really into watching TV.

Graciano, a consultant with Timor-Leste's Parliamentary Affairs and Social Communication, watched the opening ceremony of the Beijing Winter Olympics together with his family on Feb. 4 this year. 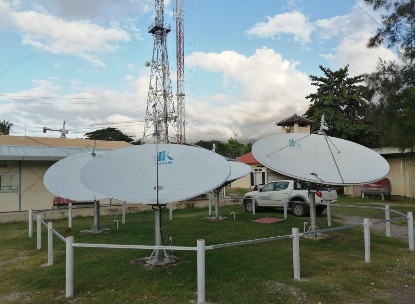 "We had an alpine skier competing in the Games. We were all excited to see him parading and waving our national flag during the opening ceremony," Graciano said.

Graciano has been working to promote the construction of digital television in Timor-Leste over the past couple of years, visiting communities and villages.

"High-definition television is accessible for more and more people in my country today, and Chinese technical teams are bringing us a rich cultural life," Craciano noted.

Many people in Timor-Leste are getting interested in China and Chinese culture due to the deepening cultural communication between the two countries. Graciano is also planning to go for a one-year exchange study in Beijing.

"I want to take more Chinese development experiences and stories back to Timor-Leste," he told People's Daily.

On multiple occasions, Timor-Leste's Prime Minister Taur Matan Ruak has expressed his gratitude toward the Chinese government for launching practical cooperation with his country.

He said China's assistance for the development of digital television in Timor-Leste carries important significance and helps local residents expand their knowledge base, learn about the world and expand their horizons.

He hopes the two countries can further enhance their cooperation on digital television and relevant infrastructure projects.