See the only person Jeff Bezos, the richest man in the world is following on his Twitter account

When they say it's good to be rich, my brother that's the bitter truth oo. There's nothing in this world that is as sweet as being rich.

We should all be familiar with the multibillonaire man whose name is Jeff Bezos. Jeff Bezos is currently ranked to be the richest man in the world right now. He has a net worth of $180.2bn. Jeff was born on the 12th of January, 1964 and that makes him to be 56 as at this year 2020. 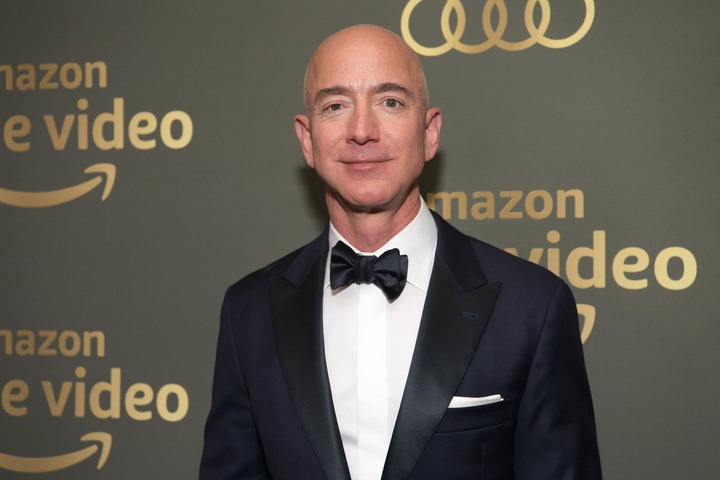 Jeffrey Preston Bezos as is his full name is known to be an American. He is as well an internet entrepreneur, an industrialist, a media proprietor, and one of the most famous investor in the world.

He is also known as the founder, the CEO, and also the president of the multi-national technology company, which everyone knows as Amazon. 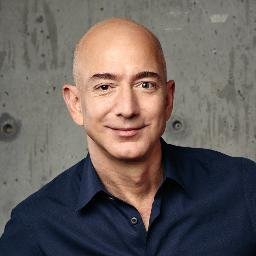 Now, to the main topic of discuss, Jeff Bezos can be seen to be a Twitter user as well and he has accumulated about 1.5 million followers on his Twitter account.

The surprising part of it is that while so much people follow him, Jeff only follows one person on Twitter. 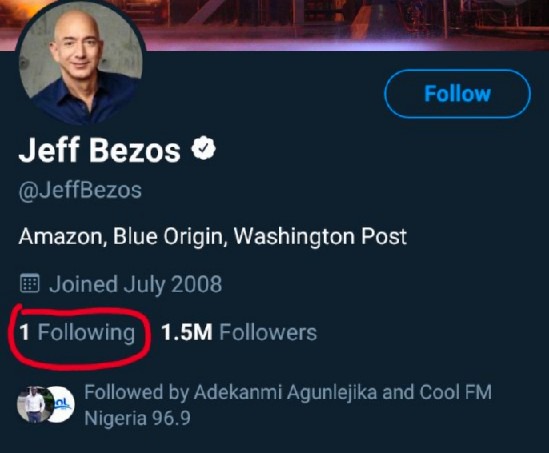 Now, who's the only person he follows?

She goes by the name Mackenzie Bezos. See the screenshot below. Now who is Mackenzie Bezos?

MacKenzie Scott Bezos is also an American. She is a novelist, a philanthropist, an activist, and most importantly Jeff Bezos' ex-wife.

She used to serve as the executive director of Bystander Revolution, which is an anti-bullying organization founded by her, since 2014. 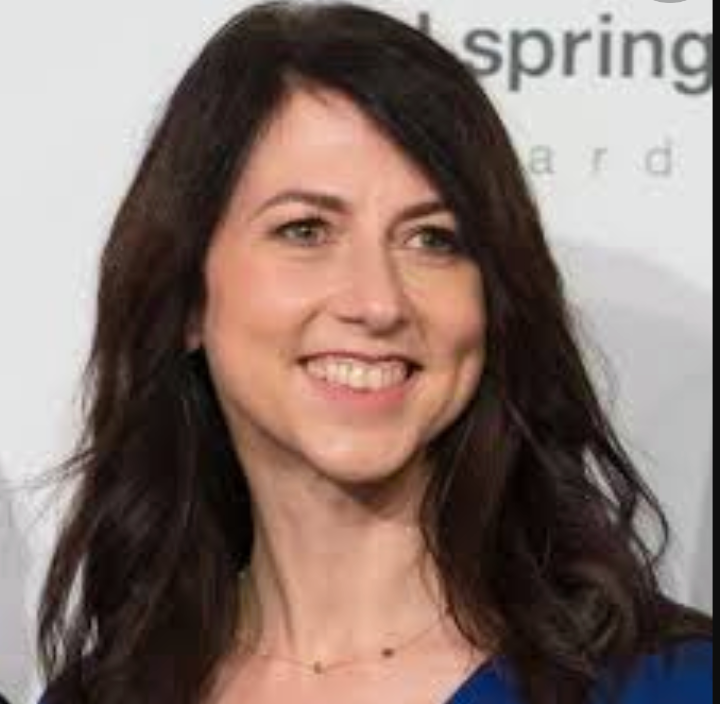 Mackenzie was born in the year 1970 and so she is currently 50 years of age. 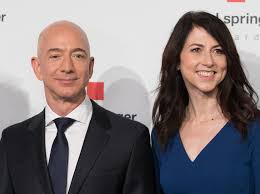 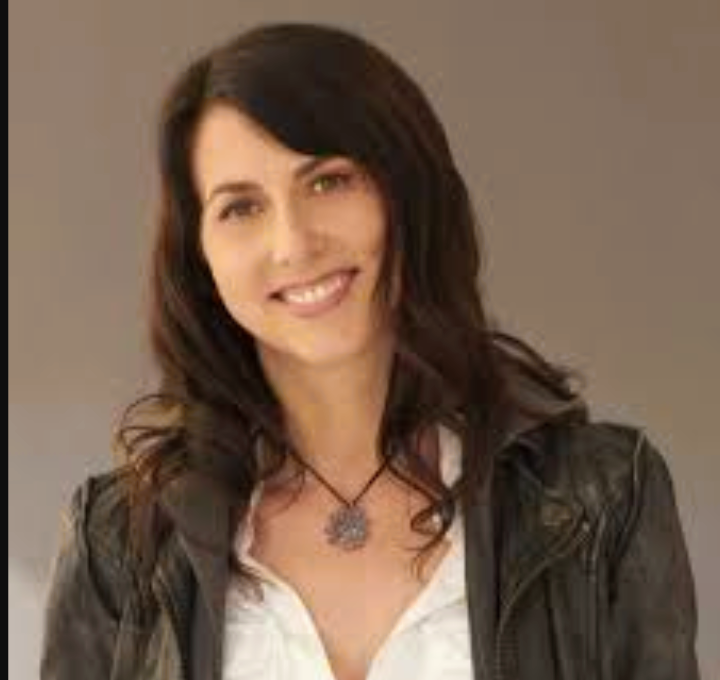 The question now is that, why is she the only Jeff Bezos is following?

These two have gone their separate ways since some years ago so what exactly is happening?