Ancient inventions that we still use today

By awon (self media writer) | 2 years ago

Technological inventions have come and go. The rate at which technology improves means many inventions we hold so dear will be outdated in few years. However, there are still several old inventions that have stood the test of time. They aren't just culturally valuable, they prove to be something we cannot do without. 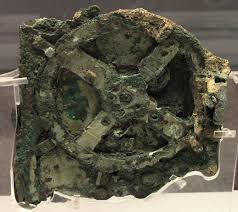 This sounds crazy, right? Computers have always been thought as part of modern development. Guess what? Anthikythera Mechanism dates back 2000 years is not just a puzzle for archaeologists, but also the most advanced ancient discovery yet. It is revealed to be part of an analog computer. There are speculations that it was used as a travelling device. That means while Charles Babbage may be the father of modern computer, computer is an ancient invention. 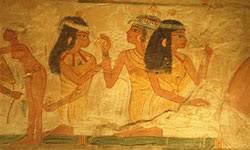 Having a bad breath? Take a mint. This seemingly trivial invention dates back to 12bc. The Ancient Egyptians used a mixture of herbs and spices like cinnamon together with honey which they take to freshen their breathe. The old invention hasn't changed much in today's world. 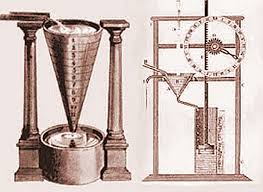 Mobile phones and digital alarm clocks might make us think we are far ahead of our ancestors when it comes to keeping to time. The truth is alarm have been invented even before Faraday, the father of electricity, was born.

Around 428-348 BC, Plato used a large water clock with sound similar to water organ. The first mechanical alarm clocks appeared in the 15th century. 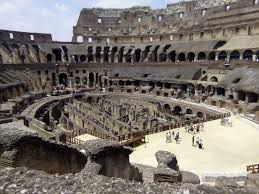 Concrete structures are not modern, not at all. The Romans had their own concrete made from lime and volcanic ash. They used this to build many old durable structures such as the Coloseum and the Pantheon. Egyptians had been using a material known as kohl as comestics around 4000 B. C. Both Egyptian men and women wore black makeup which they believed had healing power.

The oldest battery in the world is not Volta, it is the Baghdad Battery which is also known as the Parthian Battery. About 2000 years old, it is made up of clay and asphalt jar with an iron rod, surrounded by a copper cylinder, which produces about 1.1 volts when filled with weak acidic substance such as vinegar. 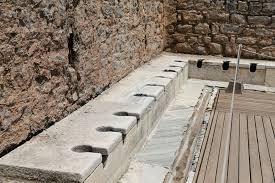 Indoor plumbing had been in used dating back 5000 years in modern-day Pakistan. A constant stream of water is used to carry away waste. "The John" was a modern flushable toilet invented by Sir John Harrighton in 1596. Door locks had been made from rope knots, then wood and metal. A big tumbler lock, two feet long had been used some 6000 years back.

Content created and supplied by: awon (via Opera News )