By Webford (self media writer) | 2 years ago

It came as a surprise to the world after the news broke out on how Twitter was hacked by a group of scammers. Barack Obama, Joe Biden, Twitter Support Handle, Wiz Khalifa, all hacked and tweets have been put out from these accounts for people to send money to a Bitcoin address and currently over $115,000 has been sent so far to their bitcoin wallet.

Even the world's richest, powerful & most influential people are just as vulnerable as anyone else. This is one of the greatest hack ever done in history.

More accounts confirmed that were hacked are: 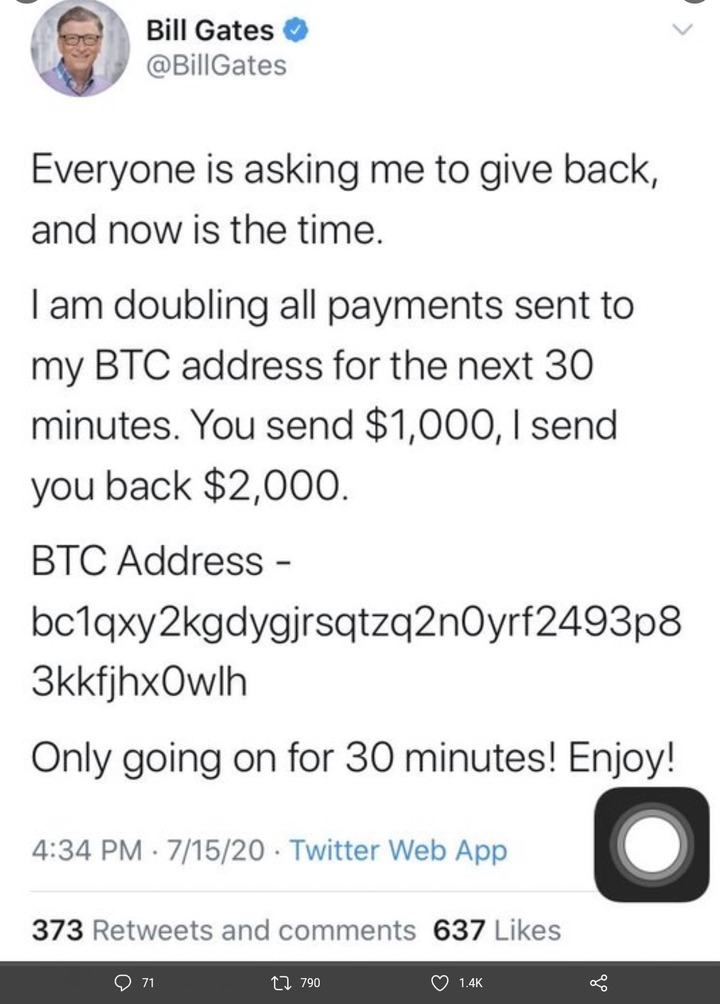 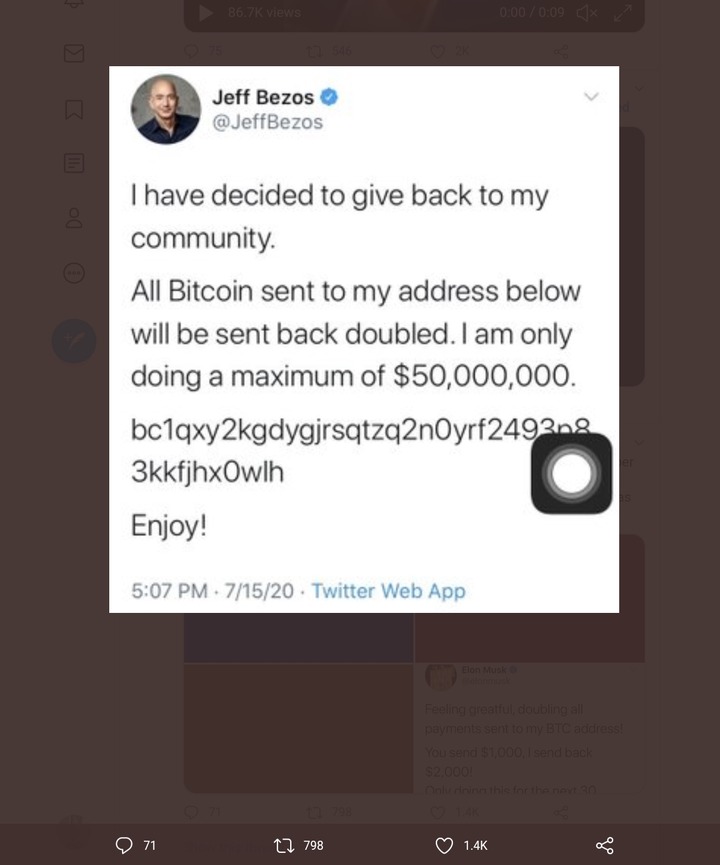 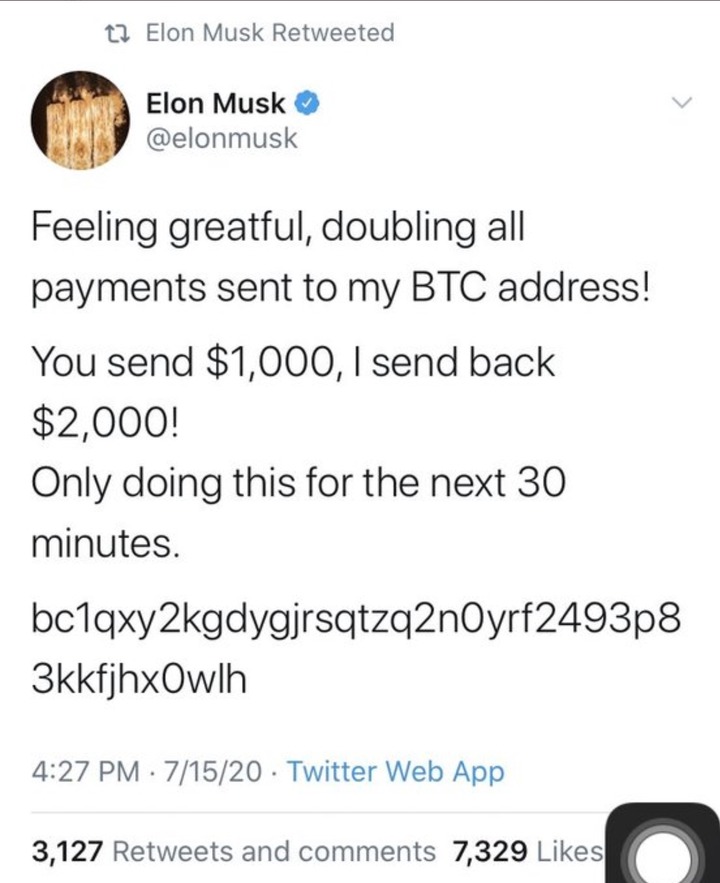 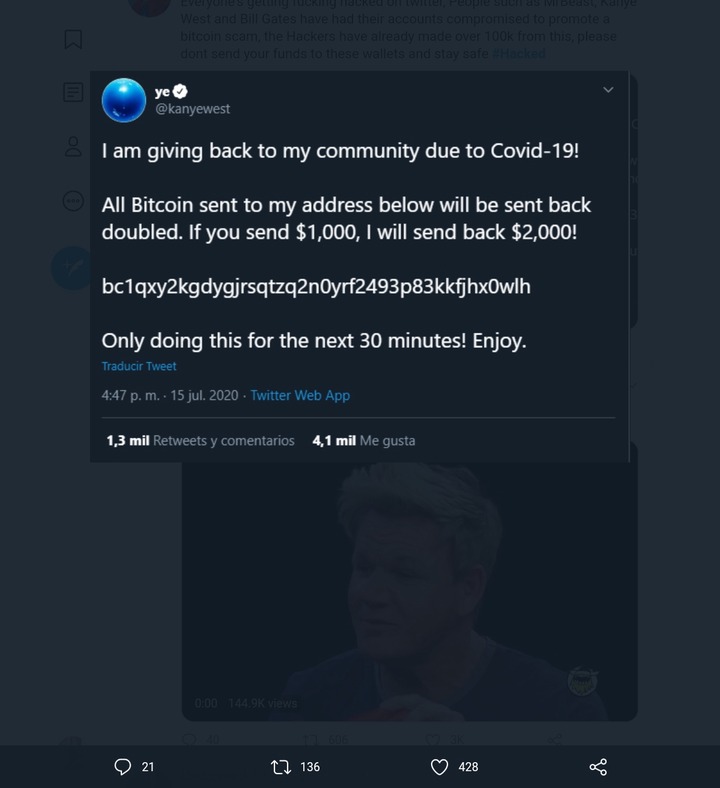 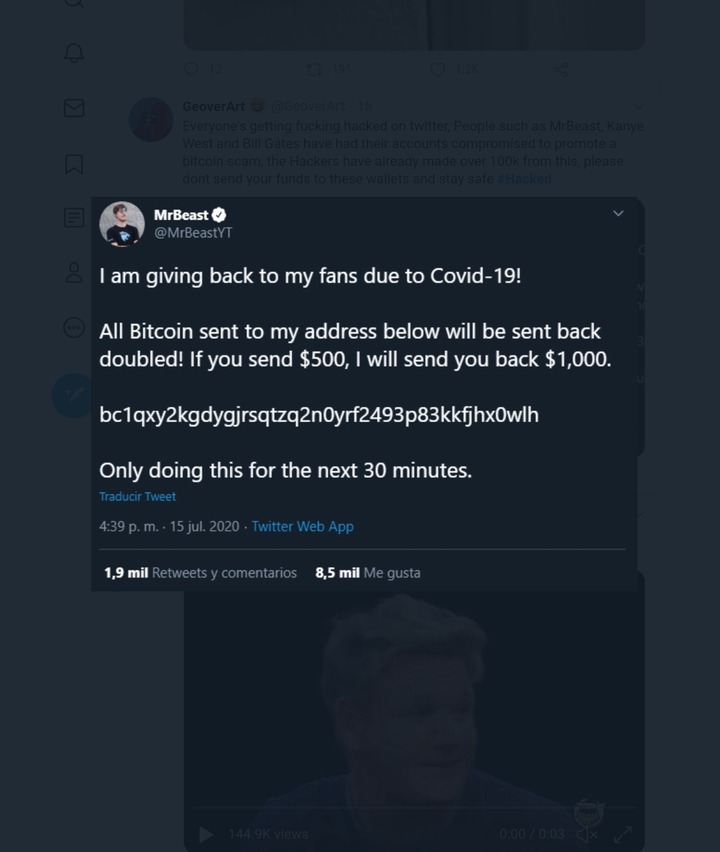 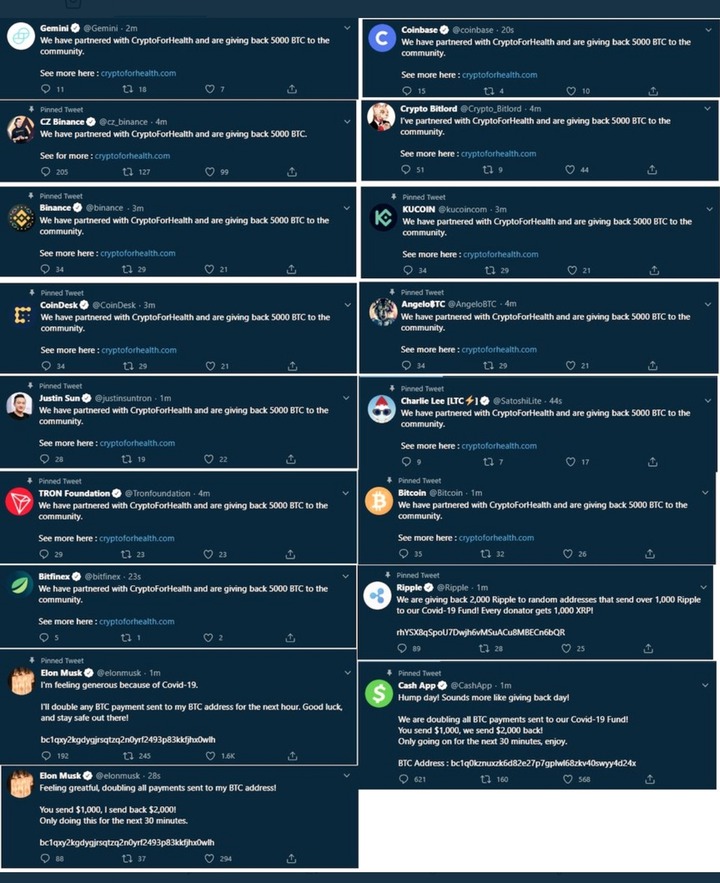 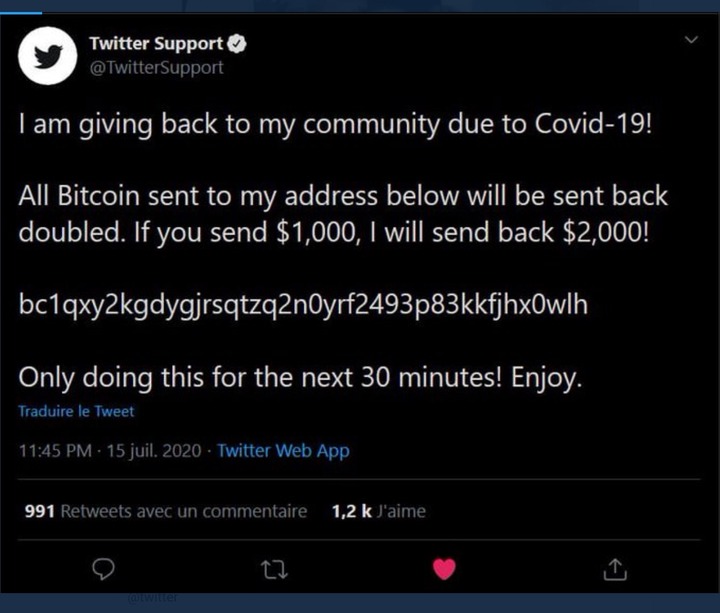 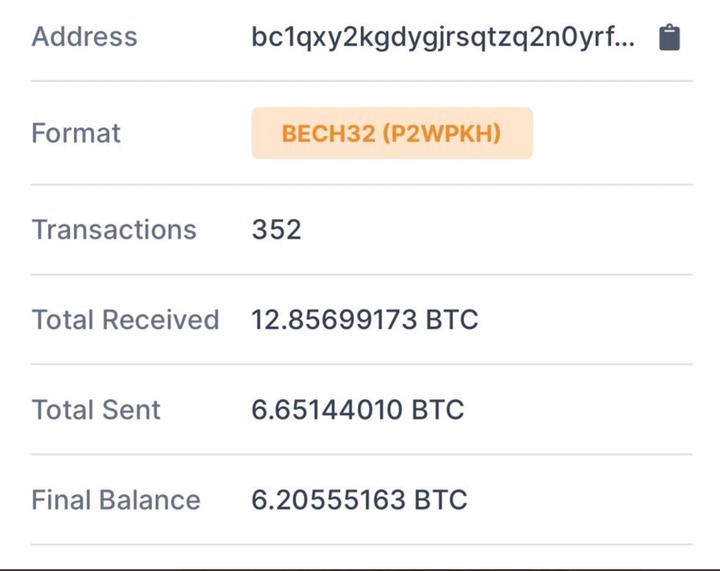 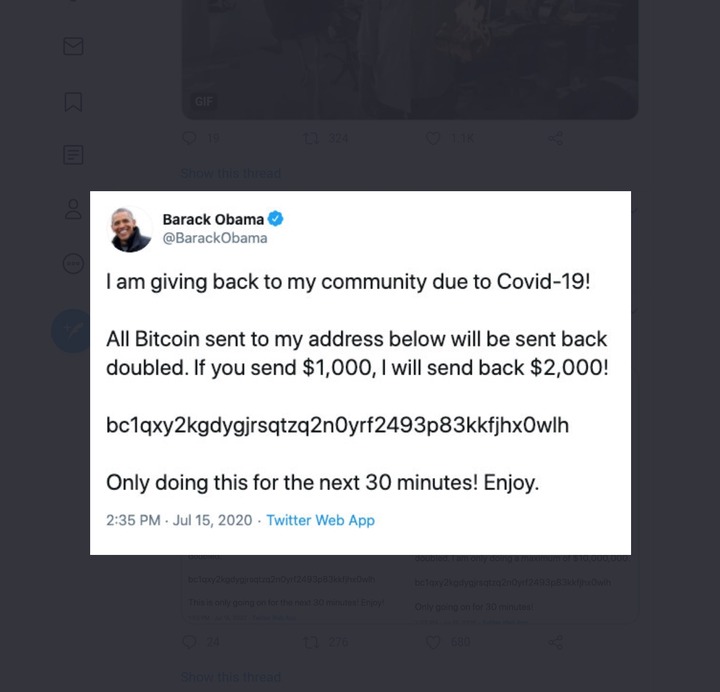 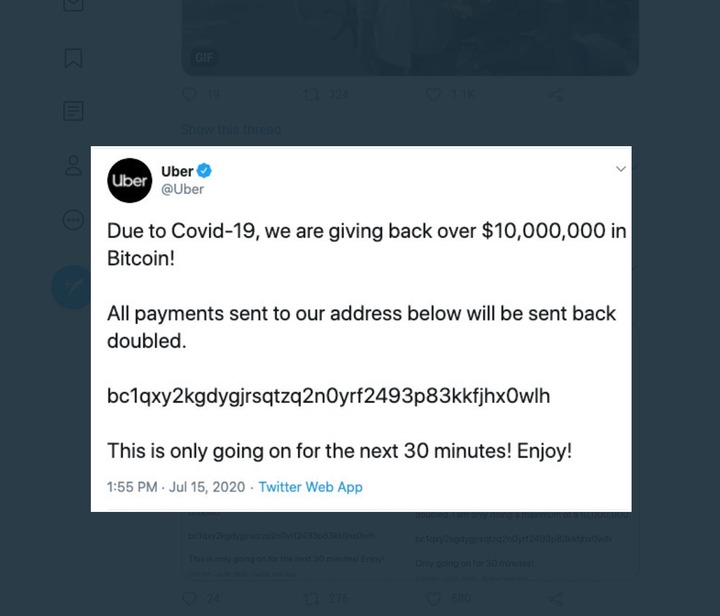 However, a Twitter user alleged the suspect of a former Twitter developer Samuel Hyde as a member responsible in executing the hack, but clearly no evidence to back it up or proof this allegation to be true. 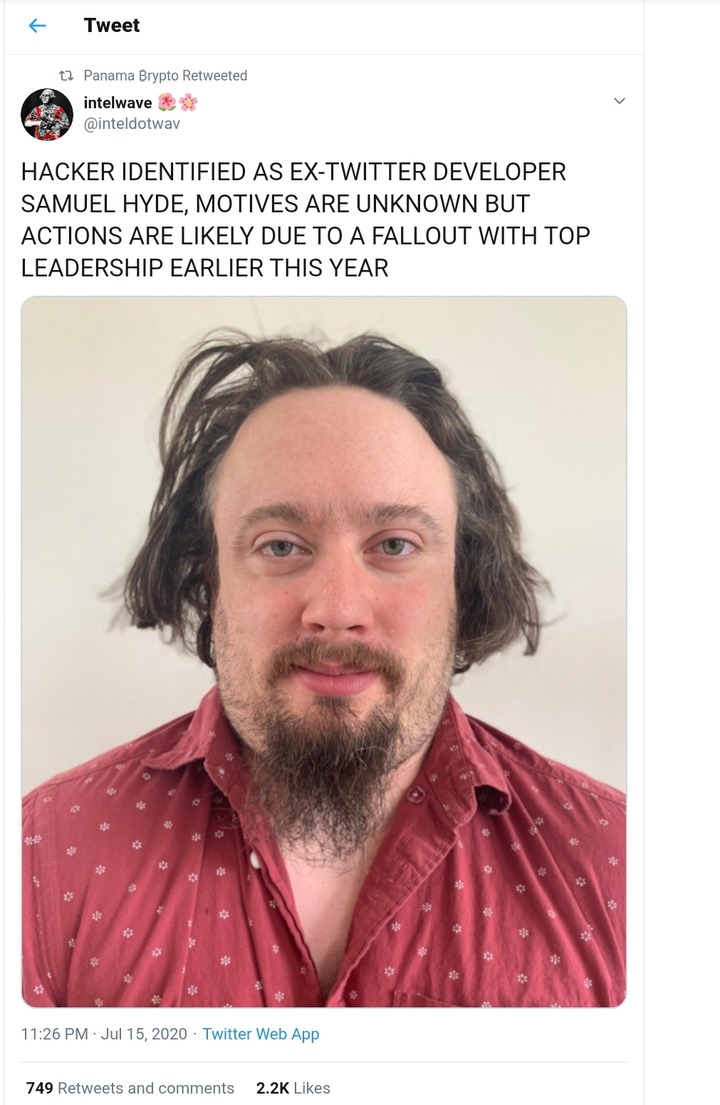 Though no funds where moved from this accounts holders but their reputation was used to lure funds from their followers account into their bitcoin wallet. Within the space of two minutes over 163 person has been hacked.

However, it was possible to view the transfer of funds from victims accounts to the hacker because bitcoin is design in a way is creat3s a public ledger of all transactions which is known as blockchain. In a structure called the blockchain explorer which allow anyone to view transactions that is tied into a particular wallet address, which was how the amount moved within a space of time was discovered. This is the bitcoin wallet that was used to transfer the funds. (bc1qxy2kgdygjrsqtzq2n0yrf2493p83kkfjhx0wlh)

Further more, coinbase which was among the cryptocurrency company that was the first targets of the scam, has been blocking any attempted payments to the scammers' address, although most of the funds has already been moved by the scammers to another bitcoin wallet address.

Twitter immediately dropped a tweet on their handle states: "Twitter to we are aware of the security incident impacting accounts on Twitter. We are investigating and taking steps to fix it. We will update everyone" shortly. 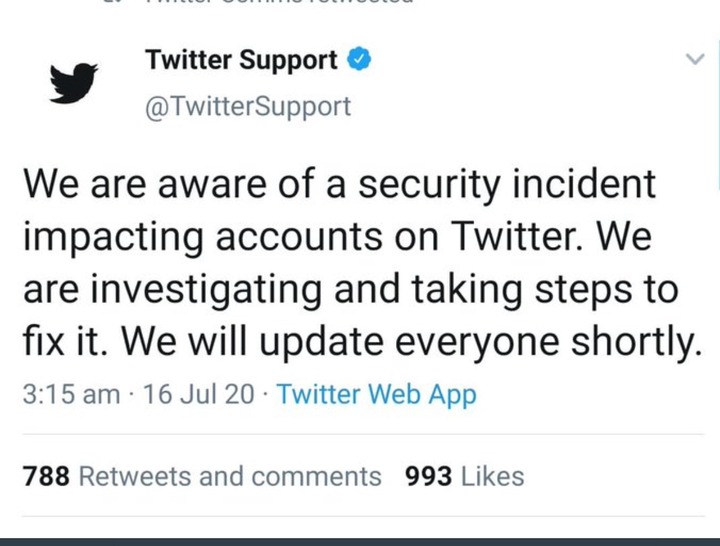 Kindly drop your views about this on the comment section and do you think those behind this crime would be caught soon.

Follow my page @webford for more updates and interesting articles.

See you on my next articles. Thank you.

Content created and supplied by: Webford (via Opera News )